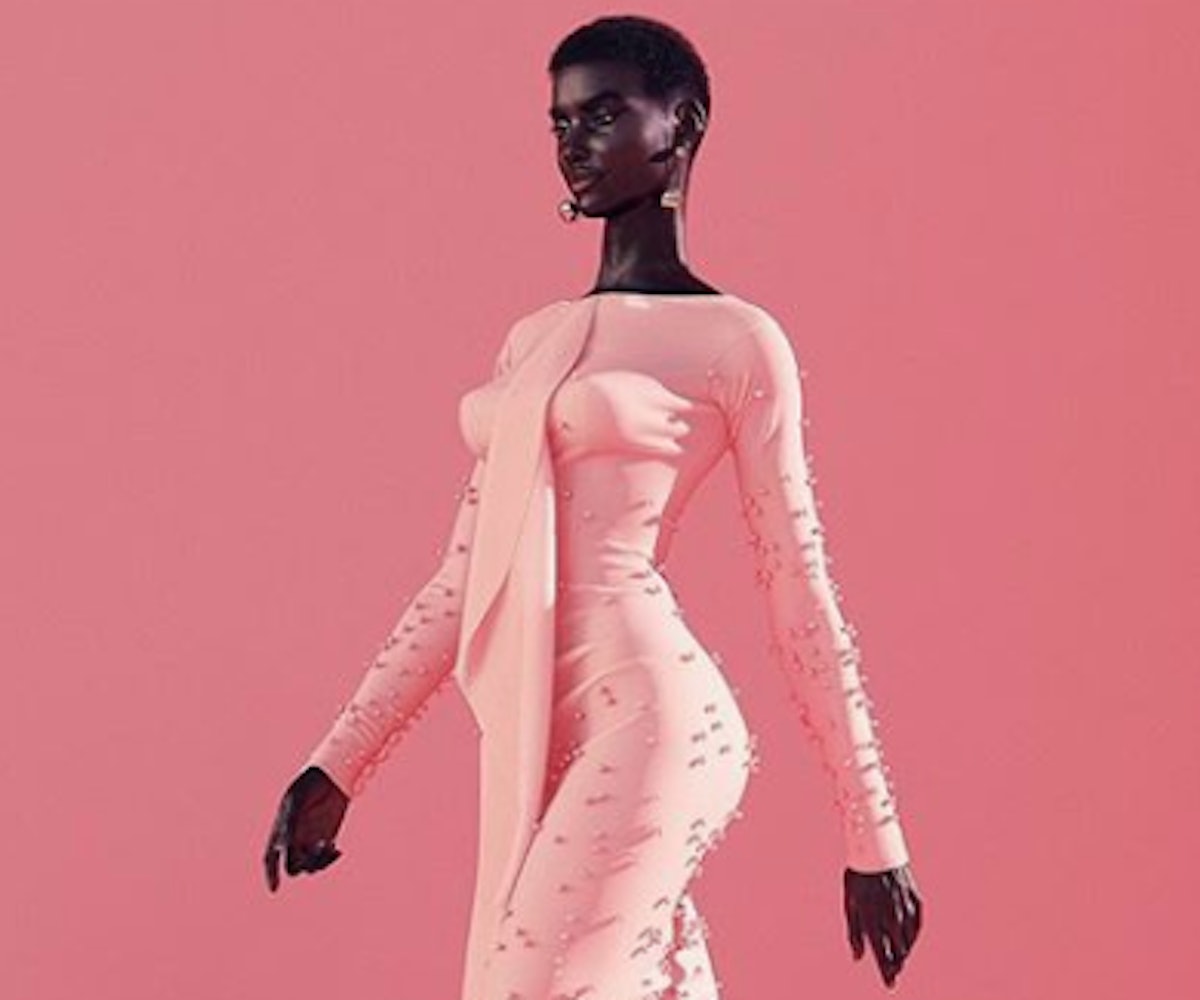 This is Shudu Gram. She's slim, tall, has flawless deep brown skin, full lips, and eyes that can cut you like a knife. She's also a model—and is quickly rising to online superstardom. She's already amassed over 40k followers online and been featured on Fenty Beauty's Instagram page. Here's the thing though: she's not real. She's the world's "first digital supermodel"—and this is a problem.

Don't get us wrong, seeing more POC faces is an amazing thing. But we can't get behind the idea of a black digital supermodel gaining popularity at lightning speed, while real-life black models, ones who are consistently overlooked in the fashion and beauty realm (not to mention, whose actual livelihood depends on modeling gigs), are continuously ignored.

In addition to this, Gram's creator, Cameron-James Wilson, is... a white man. The London-based photographer digitally created Gram and a black male model, Nfon, using CGI, and has been using them to promote his work instead of, you know, hiring an actual black model and paying her for her talent. "I had the opportunity to create a model however I wanted," he told Metro. "So I created the most beautiful woman I could." What's more, he told Harper's Bazaar earlier last month, "There’s a big kind of movement with dark skin models, so she represents them and is inspired by them." Right.

This is tokenization and fetishization at its finest. Creating and promoting the image of a dark-skinned model because you noticed a "big movement" with black models in the industry is grossly ignorant and inexcusable—black models aren't some trend! Not to mention, the socioeconomic implications here are at stake. Jobs are already scarce for black models in the industry, and Gram's existence will make it even harder to give them the visibility they deserve. Thankfully, people weren't here for Wilson's creation and were quick to call him out online:

Let this be a lesson: hire black models or get dragged.