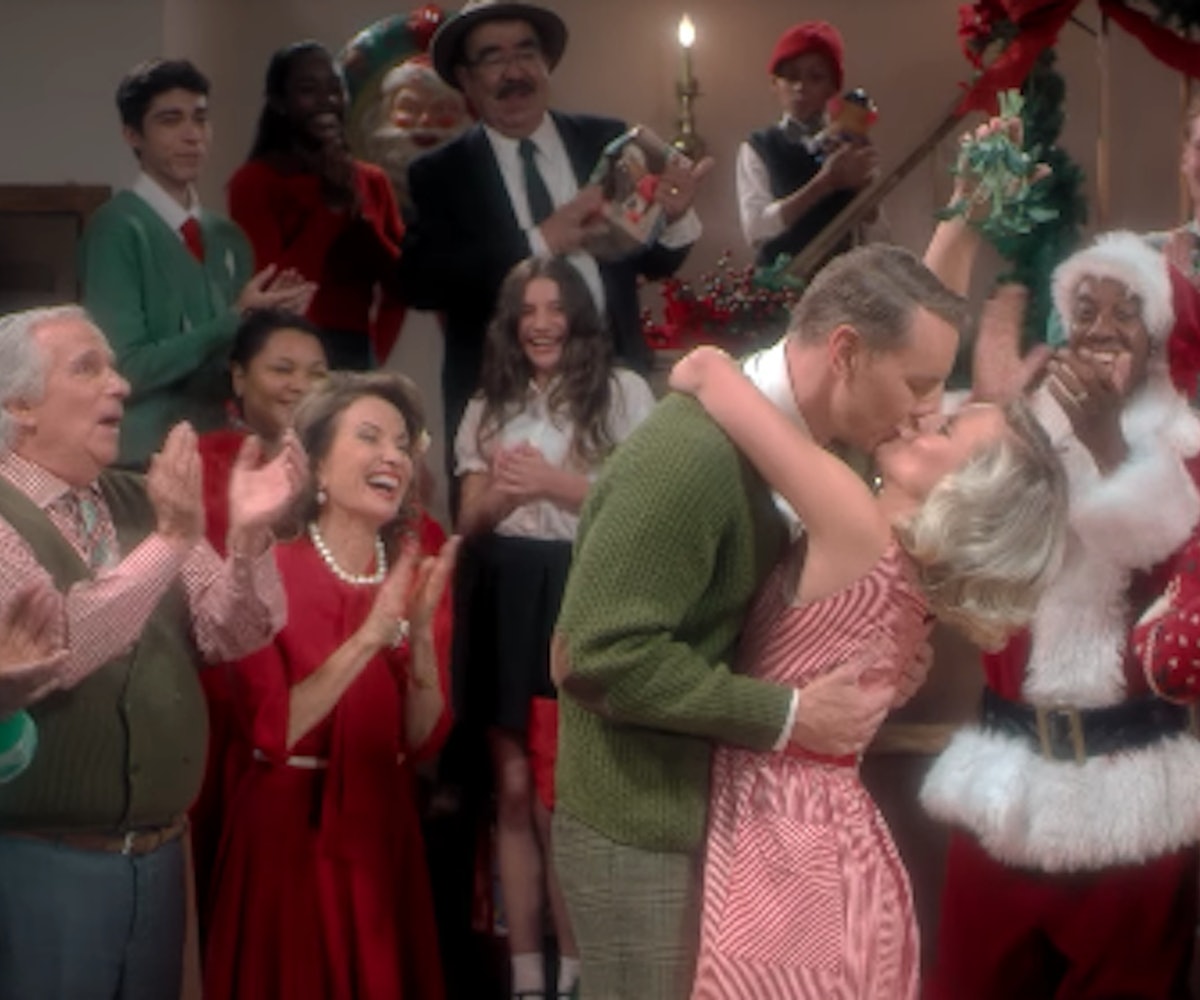 Sia's last music video for “Rainbow” was a colorful and cheerful ode to our childhood days. And lucky for us, her latest video off her first-ever holiday album has finally arrived, and brings that same joyful energy.

"Santa's Coming For Us" is the first visual off her new album, Everyday Is Christmas, and stars a ton of familiar faces.

The video was directed by Marc Klasfeld, who is highly regarded for his work with Taking Back Sunday, Charli XCX, Britney Spears, and countless others. The music video sees Kristen Bell as she prepares her home for the arrival of close family members, friends, and of course, Santa, who is played by Curb Your Enthusiasm's JB Smoove.

Also, Dax Shepard plays Bell's husband (which, you know, is also his real life role), and together, they parent three rad children: Caleb McLaughlin, from Stranger Things; Sophia Lillis, from IT; and from Guardians of the Galaxy Vol. 2, Wyatt Oleff.

The best part? The warm visual also doubles as a sing-along, so you can learn all the lyrics in a heartbeat.

Watch the magic unfold, below.