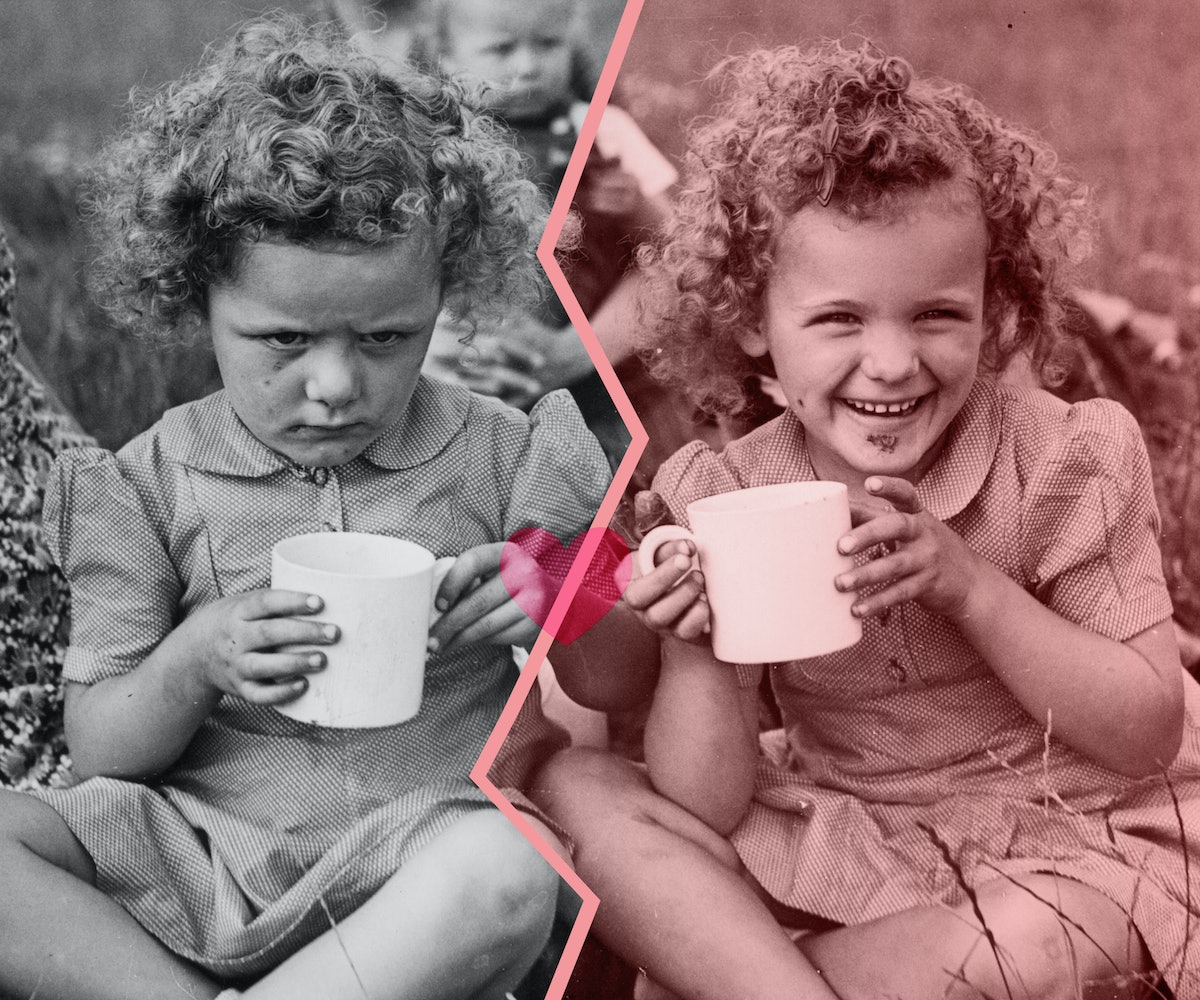 Photo by Fred Morley/Getty Images
by Devan Diaz
May 3, 2016

Assault and the stain it leaves behind can be read through the reactions and indifference of other people. Years before womanhood sealed into me, the image I associated with Rihanna was of her face after the notorious altercation that took place between her and Chris Brown in 2009. I was a year away from legal adulthood, which I’d decided would be the start of my medical transition. Planning my escape from the male identity that was assigned to me, I watched the unwillingness of the world to extend care in her direction. As a black woman, her beauty was suitable as entertainment. But when the beauty of her face turned unrecognizable from assault, the world questioned if she had been inadequate in her role of girlfriend. Surveying this treatment from behind a veil of false masculinity, I became fearful of my entry into womanhood.

Her rage convened in the album Rated R, the fall after the incident. The feminine profitability of her hair had been cut off completely.  With her hand covering half of her gaze on the album cover, her message was clear. She wouldn’t be consumed without the presence of her memories and experiences. This album was the prelude to the woman we know today. Any awareness of the audience that was present before this album had been discarded. With a fury that did not require public understanding, Rihanna let us watch as she navigated her wrath. Being assaulted while in the public eye and expected to exist as she did before had no name, but it could be felt nonetheless. My interest in her musical rebuttal would be of use to me in the future.

Invisibility amongst the masses is a part of subway etiquette. Hoods, headphones, books, and sunglasses are tools we wield to become unreachable. Although many of us have moved to New York for a life of new experiences, our daily commute is not where it’s supposed to happen. Using every device to make myself small, I fell in line with the wishes of my fellow passengers. Until I stepped onto a train where violence had slipped through its cracks. A stranger that I’ve now come to know in dreams pulled at my skirt, exposing body parts that aren’t meant for a 9am train ride. Unable to pull away from his grasp, I looked up to see the backs of my fellow passengers' heads. For them, not turning around at the sound of screaming was a way to salvage their morning routine. When the doors opened and I fell onto a platform that wasn’t the one that leads me to work, I realized my mouth was forming the screams that were disrupting rush hour.

There are certain things that we know about ourselves. I know what joke I’ll tell in a given social setting, and what book I’d recommend to someone healing a broken heart. Prior to experiencing sexual assault in public, I knew that I would protect myself from potential abusers. Any attacker who would leave scars on my body wouldn’t leave without one of their own. When the hypothetical became reality, I froze. My attacker imprinted onto me, and he took who I thought I was with him. Shame for not being able to protect myself matured into anger. In dreams I was able to fight him off, not stopping until I could be sure that he was made of flesh, bone, and wounds, just as I was. Seeking redemption in my subconscious allowed momentary relief. Dreams of reimagining my assault resulted in punching a man who tapped me on my shoulder to hand me the debit card that fell out of my pocket. Rage wasn’t part of my previous arsenal of emotions, and it ordered me to acknowledge it. Unspoken vexations in Rihanna’s music were a gateway to making space for it.

Three minutes and twelve seconds, that’s the length of my current favorite song. If I listen to it 10 times in a row, it extends into 30 minutes and 20 seconds. There are three checkpoints between my home and work. There’s the coffee shop, the transfer from one train to another, and the fruit guy who stands outside of the subway station. Ten replays of a song are the distance between work and home. Eight, if I walk really fast. Seven if I run. Every day on the train I raise the partition by increasing the volume in my headphones. "Needed me" by Rihanna is the latest separation between the world and me. I sometimes wonder if Islan Nettles would have liked this song. Islan Nettles, a black trans woman, was murdered in 2013 after a man realized she was transgender shortly after hitting on her. Under the gaze of yesterday’s predator in a new mask, I turn the volume as high as it can go. He smiles at me.

Would he kill me if he found out that I’m transgender?

Closing my eyes for an additional dividing line, I replay images of the music video that accompanies the song. Rihanna, once the victim, places herself in front of a man we assume she is romantically involved with. She has caught him in the middle of a lap dance, and he is unbothered by her look of disappointment. Instead of an apology, he throws the rest of his money in her face. Before the money lands, she pulls out a gun and shoots him. Once, twice, three times, and he is on the ground. Her redemption visually imagined for her audience. Safe within the realm of a music video, she created a fictitious alternative outcome to betrayal. The discomfort the viewer feels is there to rattle the general complacency of watching the female body be violated. With these images informing my own fantasies, I imagine myself telling the smiling guy to leave me alone. Within the parameters where only the music exists, I open my eyes to look at him. Unbeknownst to him, I have won.

Severance in solidarity can be a threat to the future of bonds between women. Specifically, the alliance one can feel with a famous woman whose music has been a place of refuge. The disruption came in the form of a memory when I was reminded that Rihanna said the word “tranny” in 2013. She used it in reference to a reporter who misreported information about her. For cis and trans women, being called a tranny is being told your gender performance is faulty. That despite your best efforts, your authenticity isn’t found in what you present but in what is perceived. The word tranny made me aware of the distance between the cisgender female experience and myself. Her use of that word kneaded at me, filling my mind with our differences instead of our commonalities.

However, being alive during what we're told is a transgender tipping point, the passage of three years can mean the birth and death of ideas. Three years ago, everyone knew that “tranny” was a derogatory slur but they didn't know that trans women would fight them for saying it. Terms like cisgender, assigned at birth, and non-binary are relatively new additions to our politically aware lexicon. If we go back even further than that, we’d begin to see the fractures in our own speech. Having landed in New York from Nashville five years ago, empathy for people of color was not a learned behavior from my environment. Placing myself in front of women that devoted their lives to racial and gender justice, I took on the role of student.

I read their words, hummed their music, and followed their lead in conversations. Patience as an invitation to sisterhood was presented to me. Assuming a role of the teacher was not required of them. I pay my debt to these women of my past by being a teacher to those women whose community didn’t teach them how to be a sister to trans women. Being a part of the first generation of women who claim intersectionality, it is crucial to be the access to knowledge that our comrades may lack. Identifying the presence of anger after my experience with assault was informed by Rihanna’s music. Her creation enabled me to fulfill her message. Despite any missteps that have taken place on either end, the symbiosis of this exchange remains. Sisterhood is perpetually on the mend.