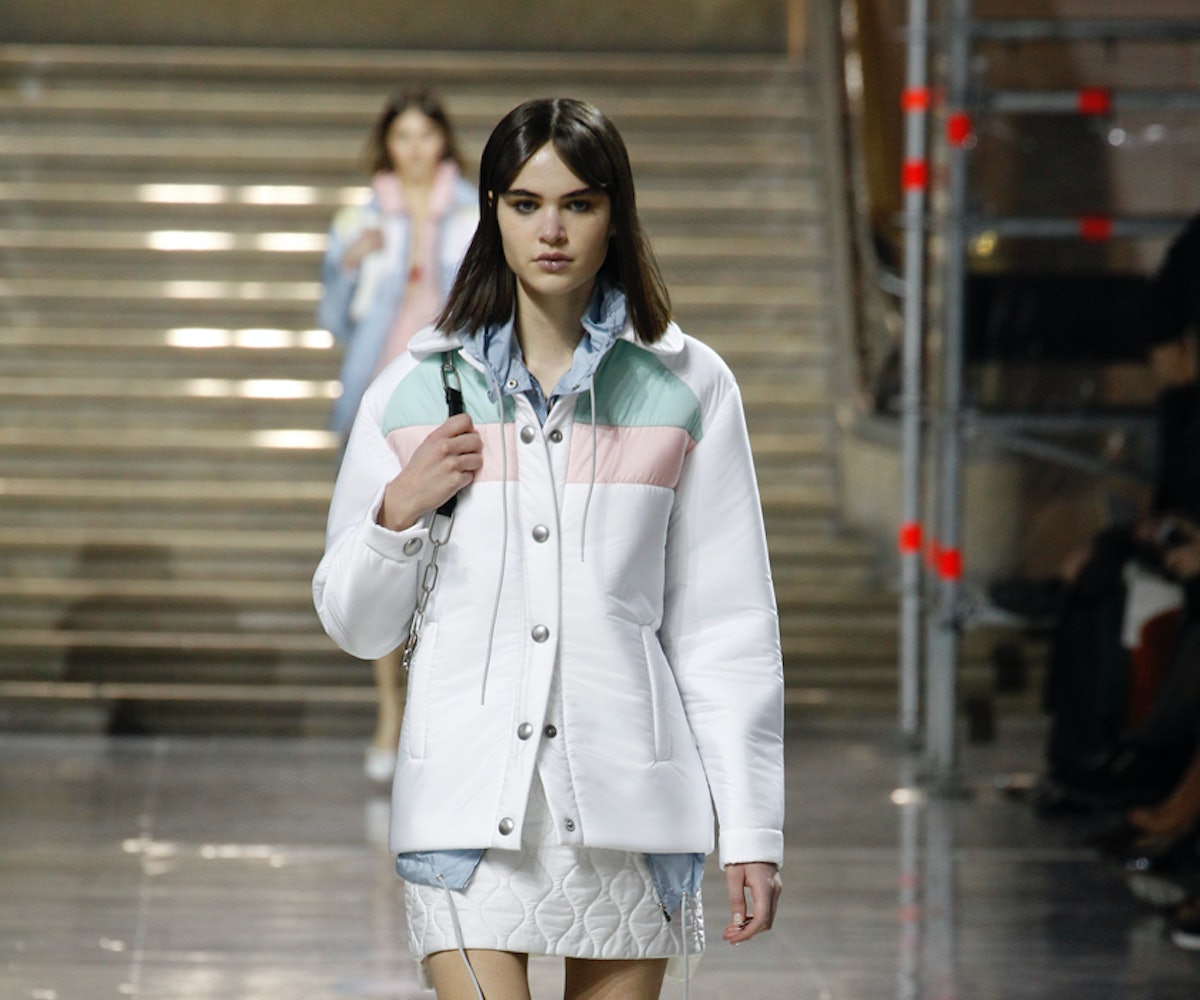 If there's one thing we can say for certain about Miu Miu (other than it's awesome and we want everything they've ever made), it's that they know how to pick a muse. Just take a look at the front row of the brand's fall '14 show to see the gaggle of cool girls who serve as models, inspirations, spokespeople, and campaign stars for the label.

After clicking through the Miu Miu fall '14 show, it became apparent that Miu Miu should make room for one more in its front row, Sky Ferreira. The singer is no stranger to modeling, and it seems like the collection was practically made for her. Here's why we think Ferreira would be the perfect model for the Miu Miu fall '14 ads:

1. She has great, quirky style. This one sort of goes without saying, but Ferreira can pull off anything, from a plastic raincoat to a pump made of screws.

2. The parka and minidress combo is sort of her thing. When Miu Miu's models stomped down the runway in pastel puffers, all we could see were images of Ferreira in almost the same outfit IRL.

3. The model in the above image is basically her doppelganger. Right?

4. Her campaign video could be more of a music video. Which would be awesome.

5. Her slicked black hair already seems to be the inspiration for the models' runway 'dos.

6. She's a great spokesmodel. With a Redken contract and experience on the Marc Jacobs runway, Ferreira knows how to model like the best of them.

8. And she knows lots of rad girls who should could probably bring along to Miu Miu parties with her, namely a Miss Miley Cyrus.

10. After touring with Cyrus and releasing her first album, Ferreira is well-known enough to carry an ad campaign, but still just as indie cool as the day we first met her.

Check out more pictures of the Miu Miu collection in the slideshow and tell us if you think Sky Ferreira is the perfect Miu Miu muse on Twitter!

NEXT UP
Fashion
Olivia Rodrigo Wore a Sheer Slip Dress To The 2023 Grammys
Fashion
Apple Martin Is A Chanel Girl Now
Entertainment
Harry Styles' "As It Was" Grammy Performance Featured A Silver Tinsel Onesie
Entertainment
Taylor Swift Sparkled In Midnight Blue On The 2023 Grammys Red Carpet
Style + Culture, delivered straight to your inbox.