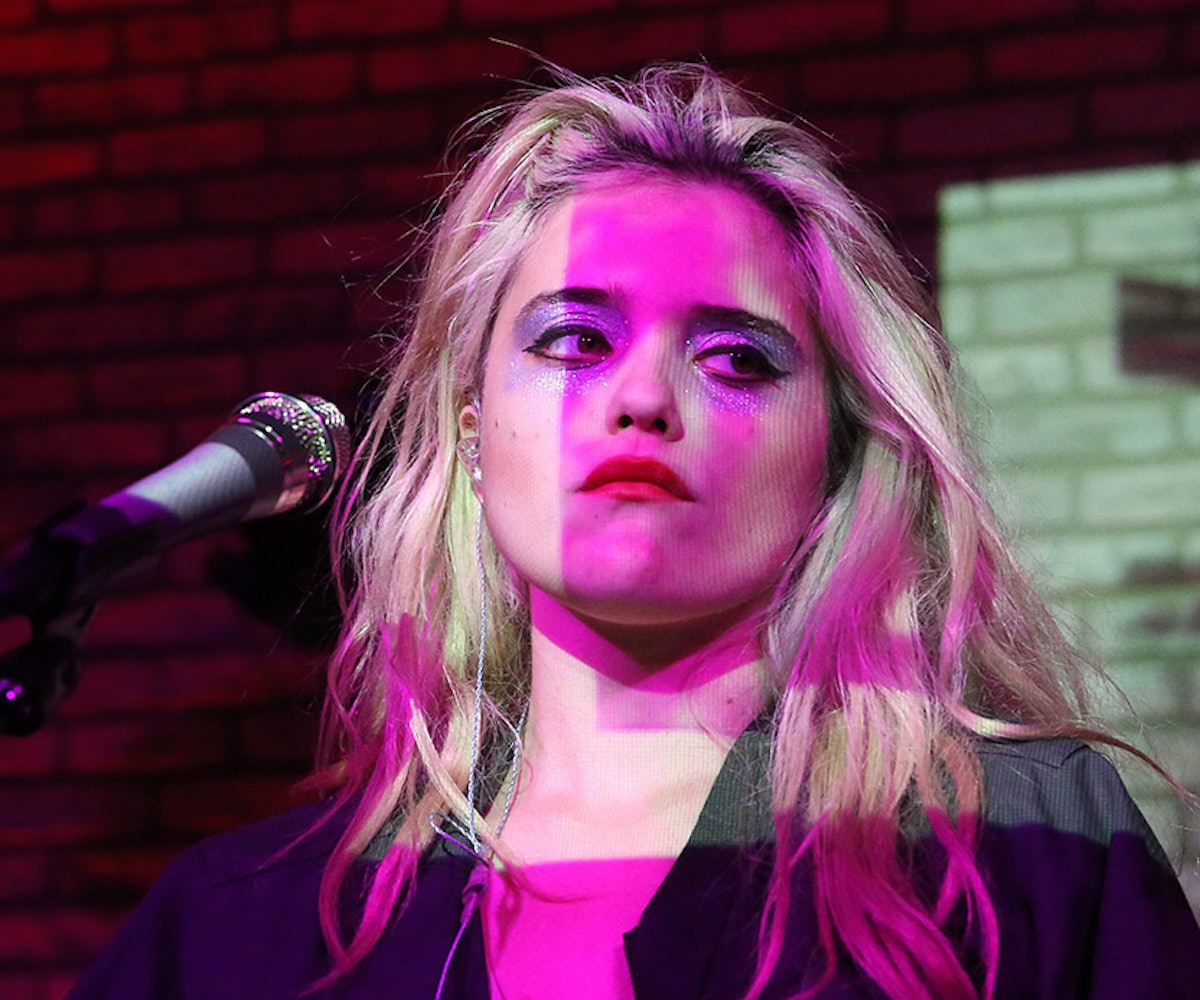 Update: LA Weekly has issued an apology for the original piece, stating that it crossed a line. "Although I (and most male journalists I know, including Tavana) approach subject of gender politics with good intentions, I know I'm still capable of getting it wrong. So to everyone who read the Sky Ferreira piece, and especially to Ferreira herself, and her fans: We apologize. And we'll do better next time," wrote LA Weekly music editor Andy Hermann.

In LA Weekly's profile of Sky Ferreira, written by Art Tavana, the singer is compared to Madonna a total of 13 times in a limited word count. For a steadily rising pop star, the comparison may, at surface level, seem like a compliment, as Madonna is inarguably one of the most pivotal figures in music history. But Art Tavana is not comparing Sky Ferreira to Madonna for her subversion of the male gaze, her liberated sexuality, or her challenging of the status quo. He is comparing her to Madonna because of her breasts.

“Sky Tonia Ferreira, 23, has a name that reads like a turbo-charged Italian sports car, or the kindred spirit to second-generation Italian-American pop star, Madonna, the most ambitious woman to ever wear a pink cone bra,” he writes in his introduction. “Both Sky and Madonna have similar breasts in both cup size and ability to cause a shitstorm.” And it doesn’t end there.

Throughout the entire piece, Tavana reduces Ferreira to her sex appeal, meaning: How does she appeal to men? Of course, the pop star is much more than just her appearance. She was signed at the young age of 15, after hustling to record and post her own music on MySpace, and networking with producers to make her passion her profession. She has earned writer credits on all of her songs. She'll even be stepping into the acting world with the Twin Peaks revival. Tavana acknowledges her accomplishments and even goes far enough to praise them—but then falters by focusing at large about her appearance instead.

Even when the writer thinks he is complimenting Ferreira, calling her a “deliberately pimped-out example of a modern pop star”—in contrast with artists like Lorde, Britney Spears, Taylor Swift, and Grimes, who he airs his distaste for—Tavana cannot recognize that in his labeling of the singer, he pushes against Ferreira’s own efforts to avoid labeling. Is she “pimped out” because she defines herself? Are other female singers also “pimped out” if they choose to market themselves in specific ways? What the writer forgets is that male singer too can choose to “pimp themselves out.” If we pretend that Justin Bieber or Nick Jonas or any other male singer’s aesthetic and general brand is anything less than their own efforts to “pimp out” their whole appearance, then we’re fooling ourselves. It is a musician’s right to put the image they want into the public, whether that is an image created solely by themselves or by a marketing team. Sky Ferreira is not the product of a group of men deciding what kind of pop star they’d like to see—she is a product of herself.

“People feel like they have a right to tell me who I am,” Ferreira told Vulture in 2013. “I feel like I have to shout to get my point across because people don’t listen to me.” If anything is clear, it seems that some critics still aren’t listening to what Ferreira has to say—and she deserves better than that.