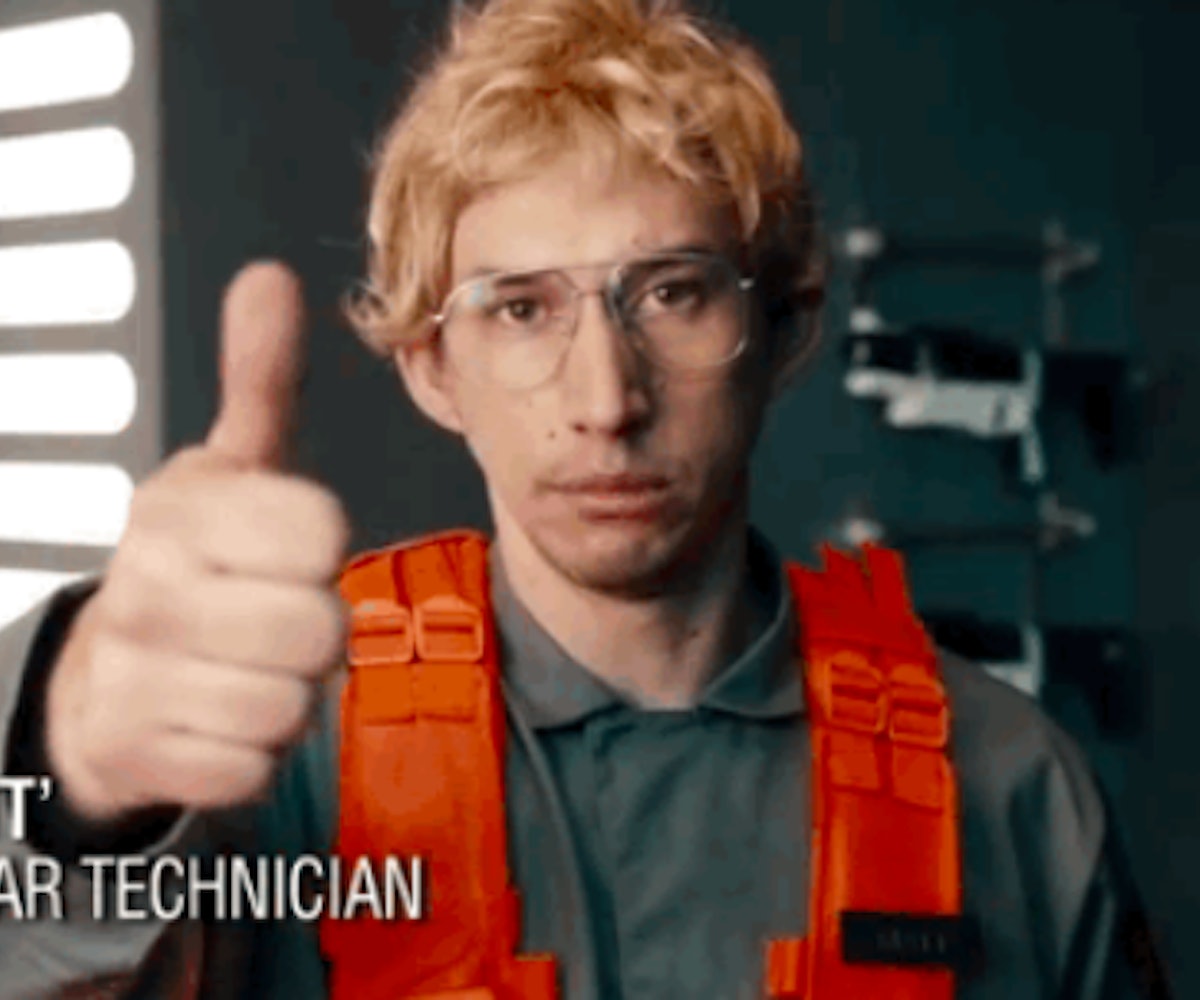 When it was announced that Adam Driver was hosting SNL, you knew they’d take the opportunity to spoof the biggest movie of all time and it’s lead villain Kylo Ren, and here it is. Among Driver’s best sketches on last night’s SNL was this spoof of Undercover Boss, where the fearsome villain of Star Wars: The Force Awakens goes undercover as a radar technician named Matt to see what life is really like for rank-and-file storm troopers and other First Order personnel, and to find out who’s not really pulling their weight on the planet destroying base. It’s a bit jarring to see the year’s most talked about screen villain in a comedy sketch, but here it is.