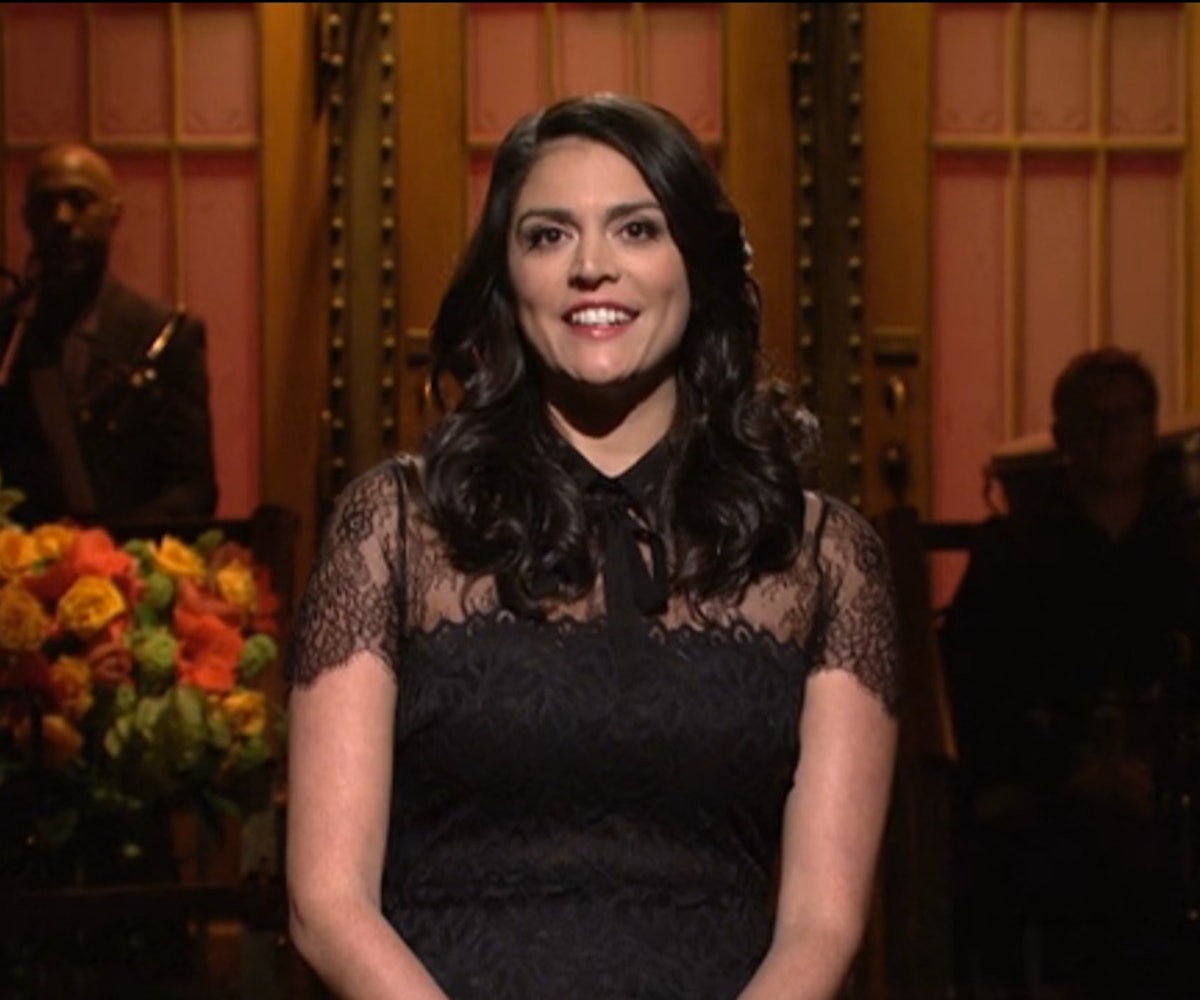 Each week SNL$1’s cold open is a hilarious sketch that skewers current events, but the comedy show knows when to put on a straight face. The show opened this week’s episode with a message of support for Paris following the horrifying terrorist attacks that took place throughout the city on Friday night.

In a monologue, cast member Cecily Strong stared directly into the camera and said, ”Paris is the city of light. And here in New York City, we know that light will never go out. Our love and support is with everyone there tonight. We stand with you.” She followed by repeating message in impeccable French, and the show’s usual classic line: “And now, live from New York, it’s Saturday night.”

Watch the clip of the tribute above.