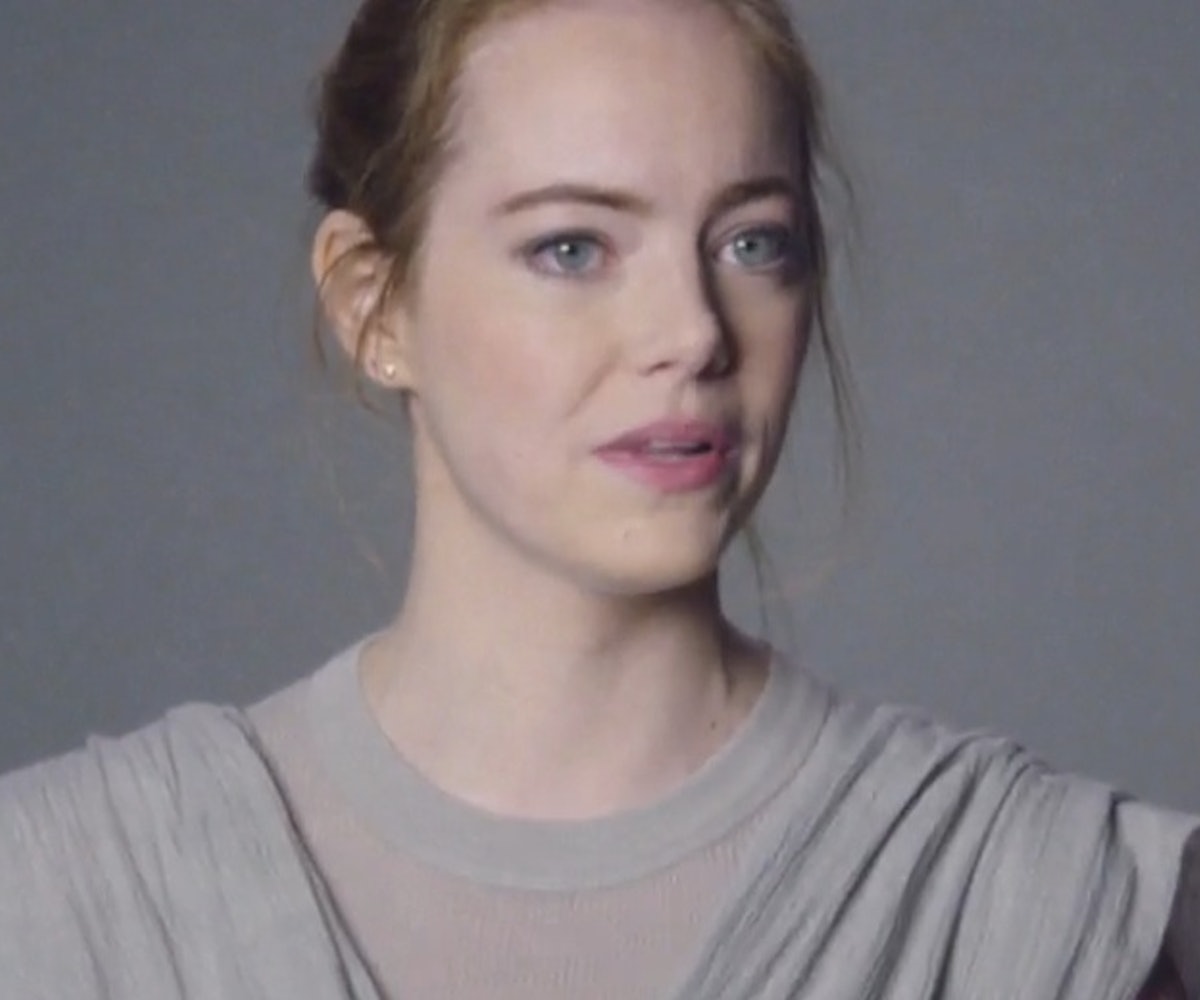 Arguably the best sketch from last night’s SNL were the “auditions” for Star Wars VII: The Force Awakens, which actually happened alongside film stars John Boyega and Daisy Ridley. A melange of hilarious “what-if” screen tests started off with Cecily Strong’s on-point Sofia Vergara’s overly enthusiastic shouting about Minions, and ramped up with Aidy Bryant’s ridiculous Wynonna Judd (how heavy was that wig)? and Jay Pharaoh’s shrieking homage to Chris Tucker in The Fifth Element. Also fantastic was Emma Stone (as Emma Stone) making an Aloha joke happen: “I know the Star Wars universe is very diverse. I don’t know if you saw the movie Aloha, but I can play a very convincing part-Asian woman”. Maybe a little late, but we appreciated that one, Emma.

Surprisingly, we ended up kind of wanting a few of these castings to actually happen. While Dame Maggie Smith is clearly above being a storm trooper, a blend of Lady Grantham and Minerva McGonagall certainly has its place as an imperial empress somewhere in the Star Wars universe. And John Hamm? Sorry Harrison Ford, it might be time to hand over (Hamm over?) those tight pants and gun holster. Can we talk more about this, J.J. Abrams? Please?

Watch the rest below: