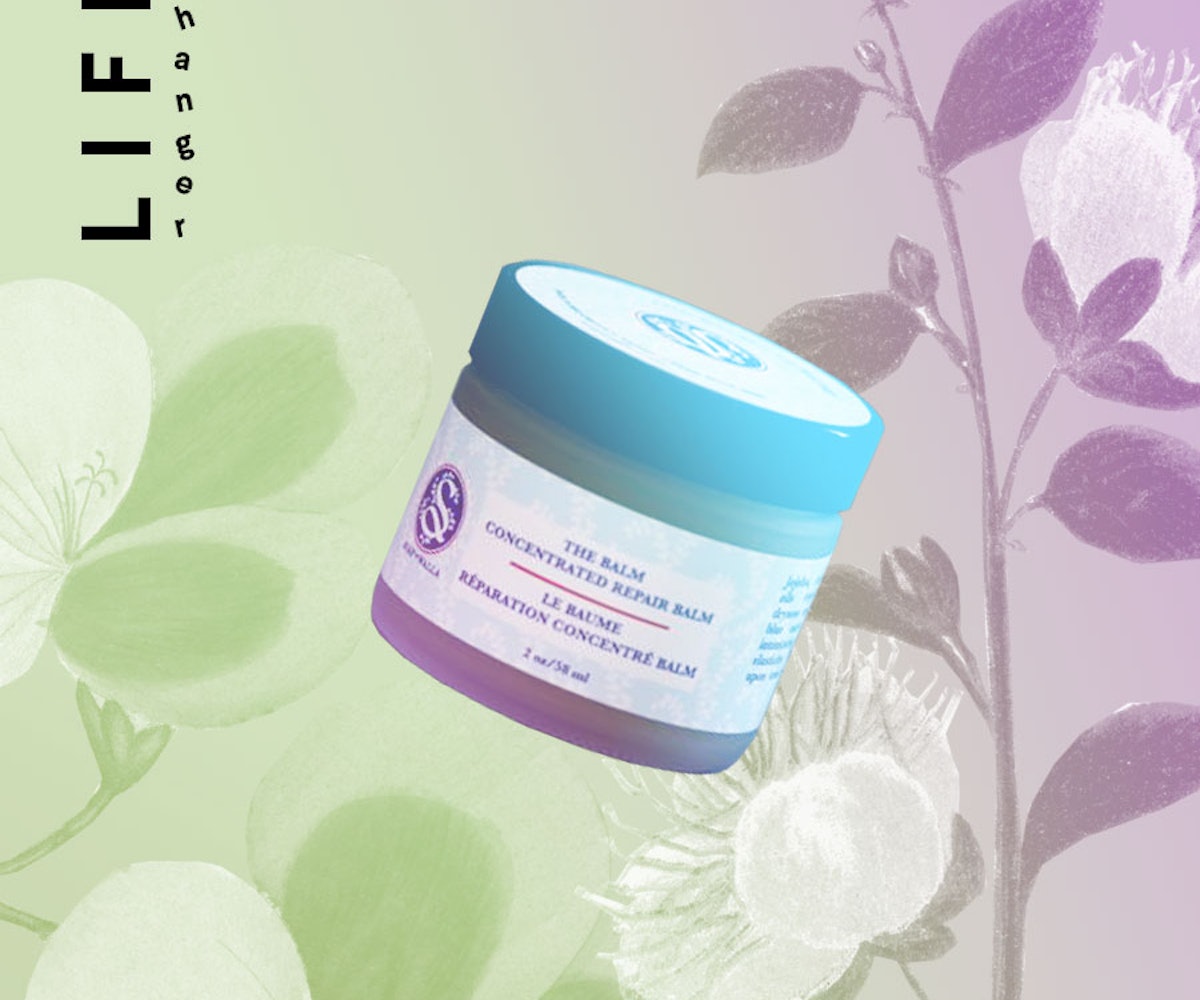 I have been a fan of Rachel Winard and the magic she makes at her company Soapwalla in the form of all-natural deodorant, ultra-moisturizing lip balm, and crazily restorative face serum for, like, ever. The woman is a genius and I trust her wizardry with my armpits, which is really saying something, because I'm really... particular about my armpits and only like to use certain things on them (namely, the deservedly cultishly beloved $14 deodorant, which lasts forever and has the texture of slightly gritty frosting, which sounds weird but is absolutely lovely; it also allows me to smell like myself, only better and more lavender-y).

So maybe it should come as no surprise that Winard is responsible for yet another product that is now among my most treasured possessions. This time, it's a concentrated repair balm, simply called The Balm. Like all Soapwalla products, the Balm is made of all-natural ingredients. In this case, that means moringa and prickly pear oils (which ease redness and dryness and are said to aid in tissue repair), arnica and horse chestnut (which, respectively, help with bruising and circulation), and St. John's wort, blue tansy, and frankincense (which, according to Soapwalla's website, "increase skin elasticity and create an intoxicating scent").

Sounds good, right? Well, it's better than good. First, the scent of the balm is indeed intoxicating; it's a compelling mix that hints of everything from an all-natural Vick's VapoRub (I mean that in the best possible way) to what city sidewalks smell like after a summer rain and the inside of an old stone church in a coastal town in northern France on a gray day in October. It's the best.

But wait, you're saying, don't balms kind of suck? Aren't they all sticky and annoyingly textured? Well, mostly, yes! But not this one. Instead, the Balm melts into the skin upon contact, never feeling greasy, just softening the skin to an unreal degree. I use it basically all over my body and face, and never have that problem where I can't put clothes on after applying, or wind up having errant hairs stuck to my skin whenever a light breeze blows.

And to top it all off, because of the presence of arnica and horse chestnut, the Balm is super-restorative. For example, it's amazing to dab on after getting a tattoo.

Plus, what isn't great about supporting an independently owned, woman-led company? Especially when that woman is maybe legit a wizard. Try the balm, see for yourself. Maybe your life will be changed, too.

Soapwalla's The Balm ($64) can be found here