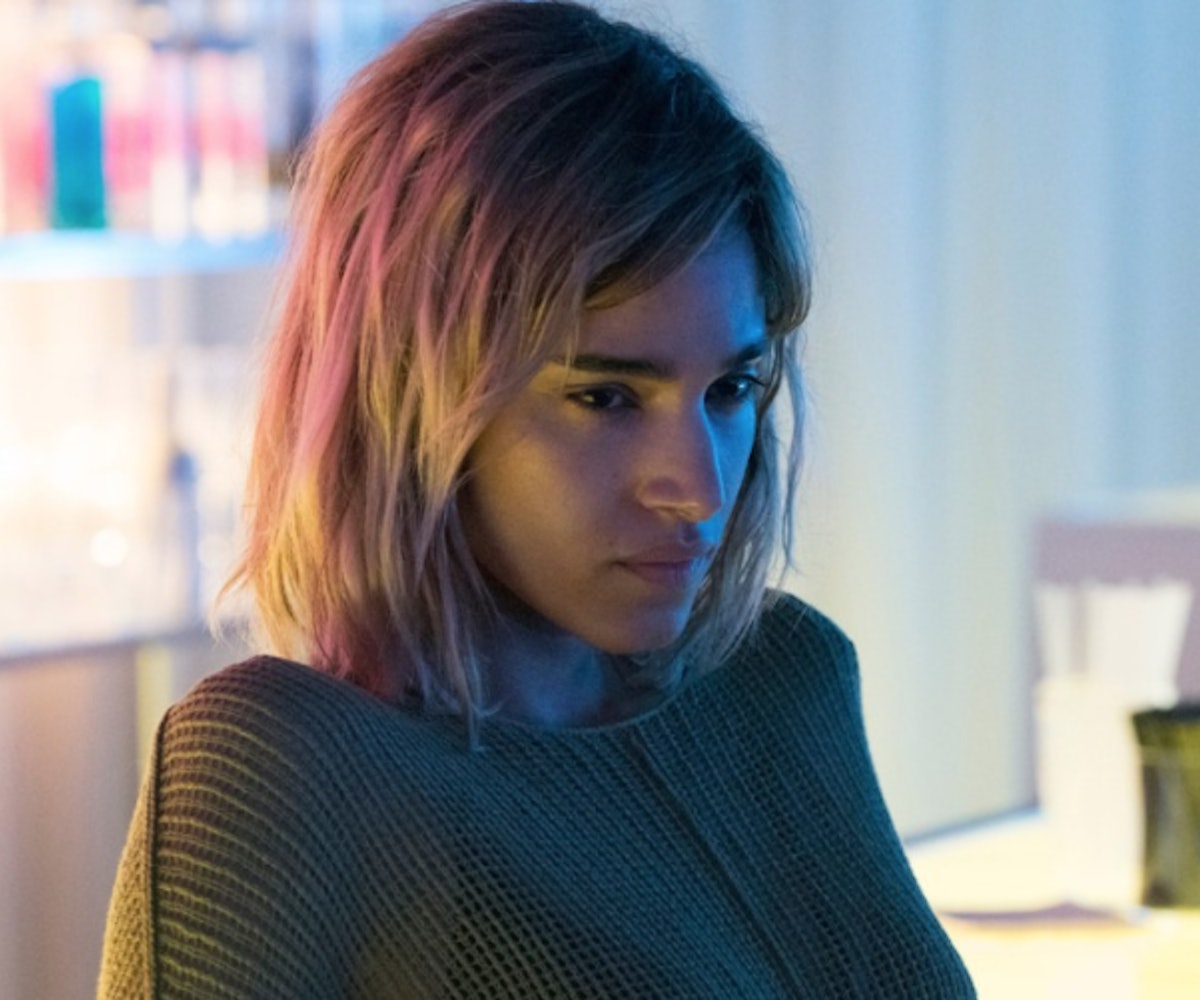 Authoritarian governments, anti-intellectualism, paranoia, and the negative effects of mass media may read like a CNN headline in 2018, but it’s also a scenario that’s eerily reminiscent of Ray Bradbury's 1953 novel, Fahrenheit 451.

As with Margaret Atwood's The Handmaid’s Tale, Bradbury’s classic is a dystopian work that really doesn’t feel all that speculative anymore, filled as it is with eerie analogies to our contemporary world. Ahead of the premiere of HBO’s new adaptation of the classic, we spoke with French-Algerian actor Sofia Boutella, whose role as Clarisse is one of the brightest spots in a bleak filmic landscape. Read our Q&A with her, below.

How familiar were you with the source material?

You know, I did not know the book before I got the part and auditioned for it. In France, it's not given out in schools like it is in America. But I absolutely loved the book, and I was just so impressed by how vanguardist Bradbury was in the writing. He wrote that in 1953, and how he kind of predicted the world we live in now—one that is very much controlled by media—I thought was very visionary.

My character, Clarisse, is quite different from the book. In the book, she's 17 and so very spirited, but that changed for the film... She's an informer and sells electronics that she fixes herself in order to get information to her people. [And by doing this, doing this thing] to survive, she's also buying into what society says happiness is.

So your character’s narrative arc is extended from the original book?

Yes, she dies pretty soon in the book, but the impact she has on [protagonist Guy] Montag is what remains... In the book, she has such an impact. Like, she could've stayed there just for two pages, but you’d feel her, the importance of her character, throughout the whole book. Sometimes all it takes is somebody telling you something different. [It’s her] free spirit that ultimately leads Montag to be curious. She leads him to sort of an awakening.

It can be tricky for people to be free spirits or say whatever is on their mind. Look at Kanye.

Yeah. I think free thought is very important, but in this case, I also feel that you do have a responsibility as a public figure to [think about] what you're saying. Because people will look at that and take it [at face value]. I think you are responsible for what you say, and you have to be careful.

Social media has kind of made that trickier for public figures though.

Yeah, it's sad. You have entire books and libraries and then all of a sudden you have social media, and it’s like, “Okay, express yourself in 140 letters.” People rely so much on these little objects, [these phones]. I'm dependent on it. I work on it. I keep in touch with my family and relatives. So it's just scary, this film was an awakening for me. It makes me realize the world that I buy into. It's like if you ask me now to give up my phone, it's like, I can't. Like it would give me the biggest anxiety.

But that's what's sad about it, is that it makes you realize [that everything] goes so fast now. The minute you open a book, it's hard to relax and read 10, 20 pages, because [it’s so much slower, and you’re conscious of that]. We cannot ease into a book, because everything goes so fast and I think some people are like, “This does not go fast enough.”

I'm completely a victim of that myself, but reading the book made me aware. Being aware of things is the first step, you know? And I think that's what the power of this movie is. It's so important that it's coming out. I'm hoping that people will realize that if you rely on [technology] so much, you're a prisoner. That's when the physical books become important again. But, for now, I think we have to not take it for granted.

Did you and your co-star, Michael B. Jordan, discuss this? What was it like preparing for such an intense project with him?

He's phenomenal. Such a good actor, so intelligent, funny, lovely. I loved working with him. It's such an intellectual film, and Ramin [Bahrani]—our director—is very intellectual himself. He gave me so many books to read and things to look at [before filming]. So when I read on set with Michael, [we were both] so invested with the characters and the story. And we just sat and talked at length. It's lovely to work with somebody who is as invested as I am—as passionate and wanting to do the right thing. Because we realized, not only are we making an awesome film, but the importance of the message within the film [is huge].