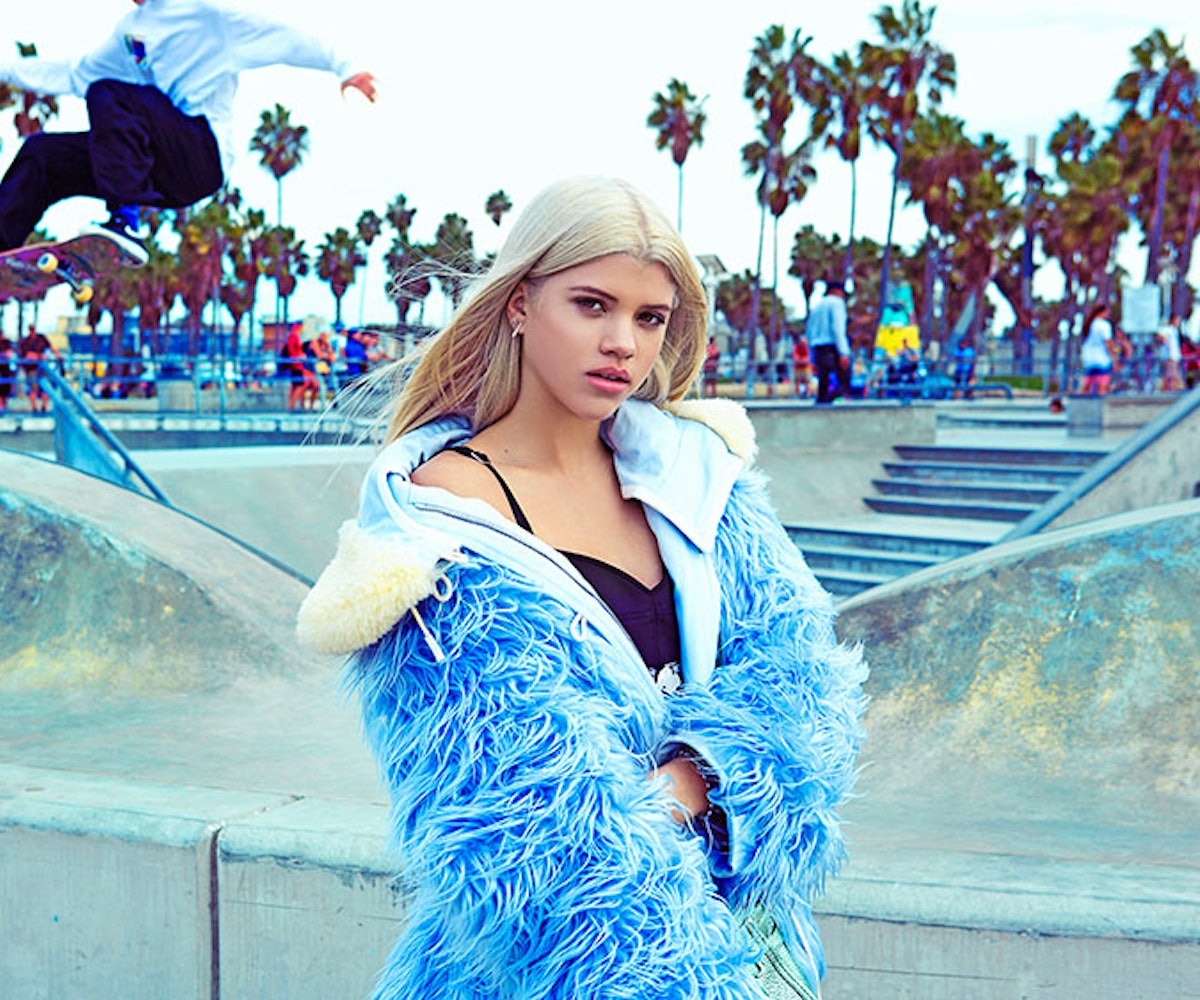 Sofia Richie admits an obsession with Game of Thrones (her hair, an icy shade of blonde, was inspired by Khaleesi), a fondness for boxing workouts, and a love of Instagram. But the 16-year-old says her truest passion is the family business. “I grew up watching my dad be a singer, so it’s something I’ve always been interested in,” she explains over salad at the Hollywood Hotel. “The past three years I’ve really been studying writing, and I take vocal lessons every day.”

It’s an aspiration blessed by her father, R&B/pop icon Lionel Richie, who taught his daughter how to play piano using his songs as training material. While Sofia is still working on developing her own sound, she jokingly says she’s ready to take over for the “All Night Long” artist. “I know his songs,” she says. “Word for word. I’ve been to thousands of shows.”

Having recently been signed to L.A. Models, Richie is also making a name for herself in fashion. Sure, she’s been known to raid her sister Nicole’s closet (her eyes sparkle when describing a leather Helmut Lang jacket she just borrowed), but lately Richie’s brother, Miles, has also had a hand in determining her look. “Sometimes I’ll wear his drop-crotch pants,” she reveals between sips of blended latte.

Richie says design and styling are things that she’d like to delve into further. She calls her look “edgy, grungy, but still classy and put together,” and names clothing designer Raquel Allegra as a personal favorite. But for the Los Angeles native, it’s also about comfort. She extends her arm, displaying the sleeve of her thick, cream-colored House of Harlow sweater. “It’s really nice when it’s cold,” she says. “I love that it has this fringe. Fringe is my weakness.”

When not hard at work shaping her future careers, or keeping up with her home-school classes, Richie tries to spend time with friends—provided she’s home by 11 p.m. “It’s a generous curfew,” she says with a laugh. “I have time to be a 16-year-old. And sometimes just being a kid is fun.”