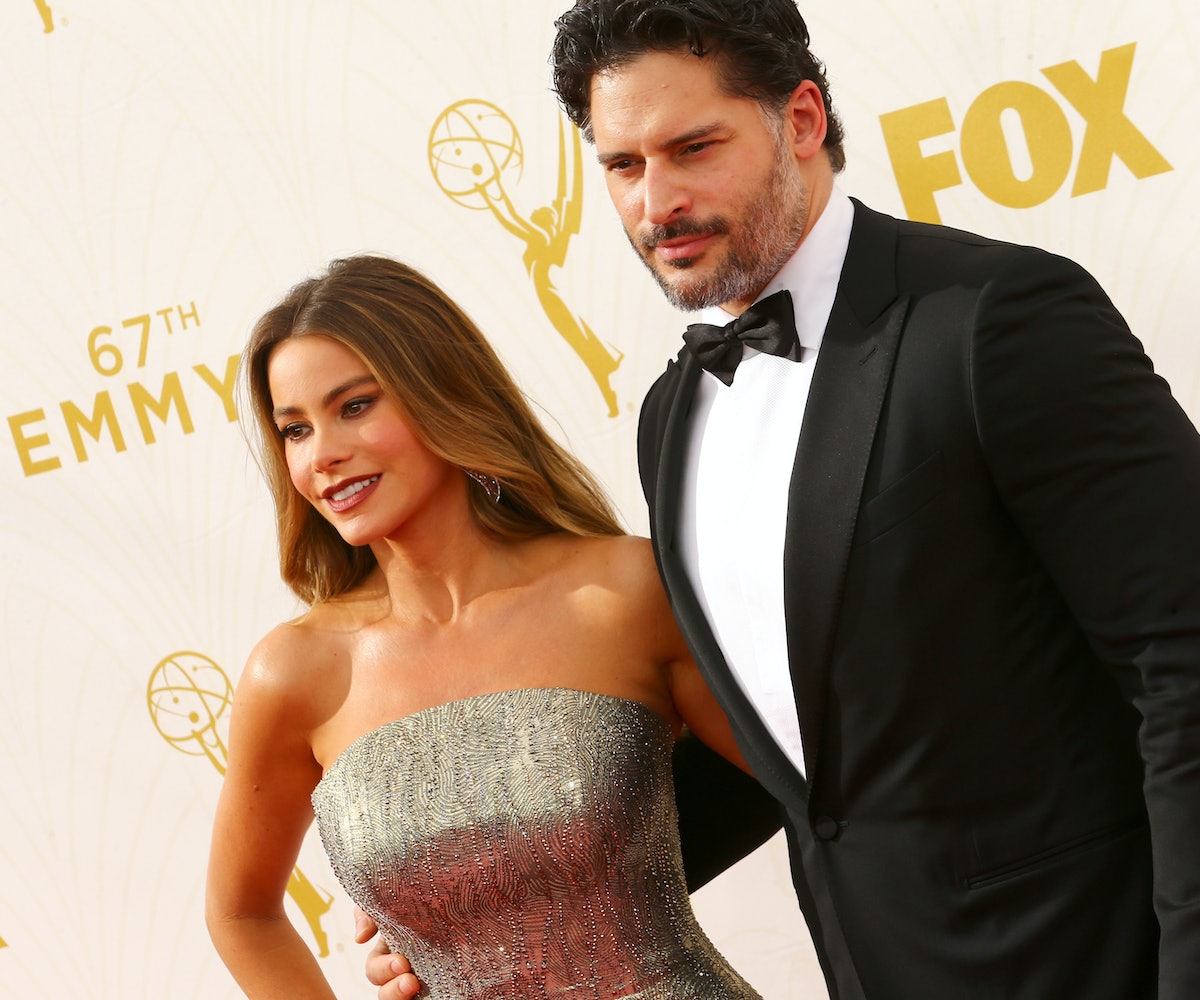 If you were planning on having a wedding some time this year, cancel it. That's because Sofia Vergara and Joe Manganiello just dropped the mic on nuptials in 2015. Ever since their inception, the genetically impossible duo have been prone to more PDA's than a couple of horny drama kids rehearsing an after school production of A Streetcar Named Desire. So it comes as no surprise that during their weekend wedding festivities in Palm Beach, the couple hit Instagram hard with various displays of their fierce romance. In the below flurry of posts, we see the beautiful bride walking down an aisle under a canopy of flowers, her Modern Family costar Jesse Tyler Ferguson and his husband, Justin Mikita, and the piece de resistance — oh why don’t you just watch that one yourself.

Oh, and congrats you two.