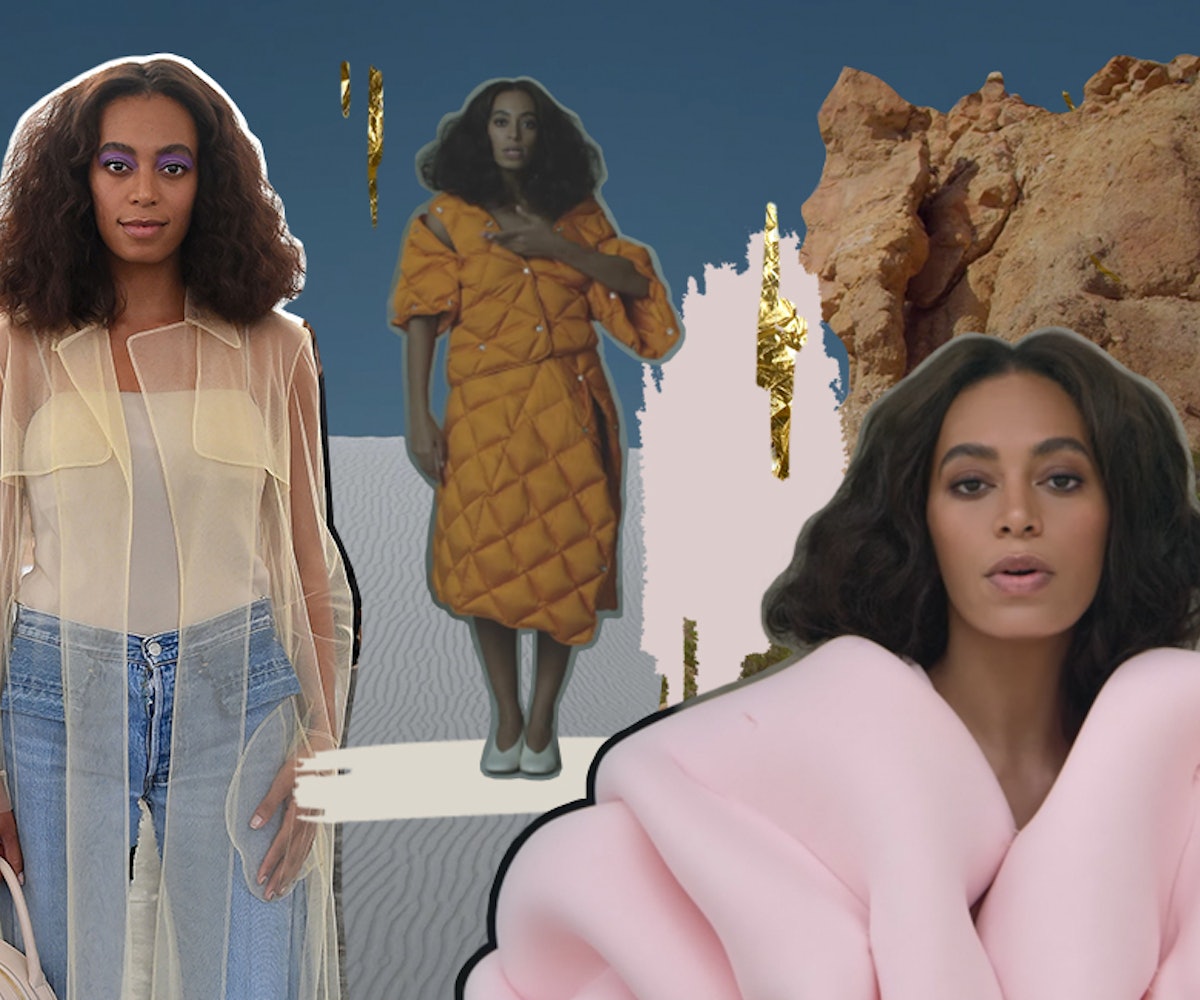 Today marks Solange Knowles’ 31st birthday, and, in honor of this special day, we’d like to take a moment to recognize and appreciate the fashion super force she’s become.

Let’s face it, being Beyoncé’s little sister is no easy feat. Yet, the singer, model, actress, DJ, and founder of Saint Records (honestly, what doesn’t she do?) has grown into being a icon in her own right, as both an artist and for her unique, colorful style. Always one to bend the rules, you’ll likely catch her wearing a sculptural, futuristic frock or a dizzyingly printed pantsuit over a formal gown. Oh, and you’ll see her in yellow. Lots and lots of yellow.

Though her stardom—and recognition as a “someone” in fashion—has certainly been on an upward trajectory since the release of her third studio album A Seat at the Table last year (I mean, have you watched the videos for “Don’t Touch My Hair” and “Cranes in the Sky?”), killing it sartorially is nothing new for her. Below, we rounded up 18 of her greatest style moments over the years, whether on the red carpet or in the scenes of her own music videos.

Screw the elaborate gowns—Solange stole the show at 2017 Met Gala when she rolled up in a Thom Browne puffer trench (complete with a train) and ice-skate booties.

Solange turned heads when she rolled up to this year’s Grammys in Gucci gold.

We’re all for a good pantsuit, and this colorful Just Cavalli pantsuit was quite the statement.

Nothing we say can do this look Solange wore during her "SNL" performance last year justice. That. Headpiece.

The “Cranes in the Sky” video was so chock-full of incredible looks, it was basically a fashion show. Still, something about this neoprene magic worn in the opening scene really caught our eyes (and captured our hearts).

How could we forget the time Solange decided to “fuck around” with some yarn and casually create this masterpiece? It was so good, it made the cut for the “Cranes in the Sky” video.

For 2016’s Manus x Machina-themed Met Gala, Solange was a ray of golden sunshine in this pleated David LaPort work of art.

Of course, she changed into an equally as cool (yet cozier) look for the Met Gala after party in this 3-D-textured Kenzo look.

Another year, another Met Gala, another time Solange absolutely slayed.

Some opt for white lace and tulle on their big day, yet Solange opted for this stunning floor-length caped dress for her nuptials.

Yellow’s a tough color to wear for most, but I think it’s safe to say that it’s definitely her color.

A neon orange pantsuit may is already a bit of a risk, but pairing it with green? Unheard of. Yet somehow (not surprisingly), Solange nailed it.

Just casually channeling a Grecian goddess at the amFAR event during Milan Fashion Week back in 2012.

The epitome of cool, Solange rocked a white-on-white studded leather jacket with the most electrifying neon pumps to party with Just Cavalli.

We're living for this maxi skirt/bustier combo she rocked back in 2011.