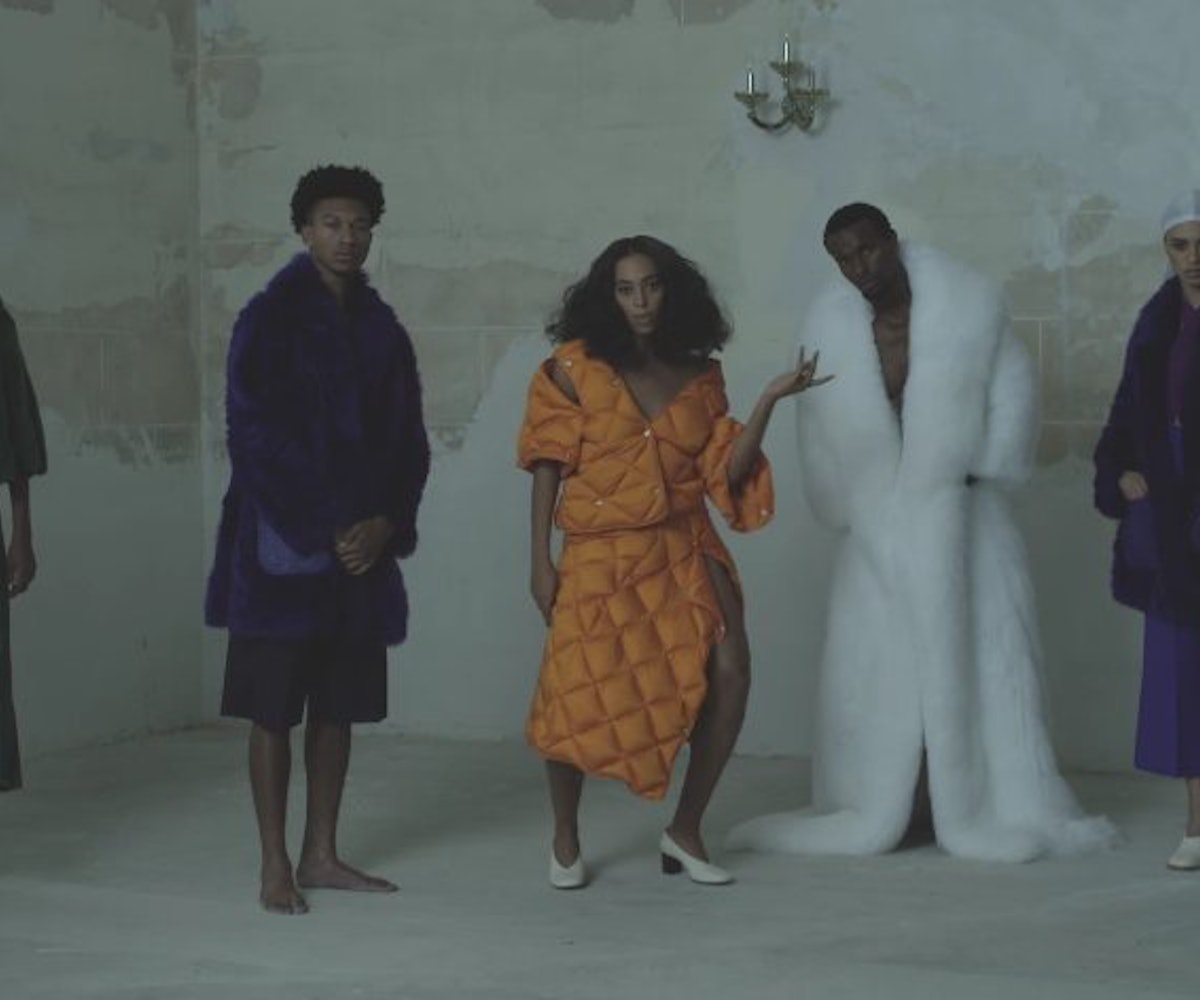 If you needed a moment to catch your breath after Solange released her highly anticipated third album, A Seat at the Table, grab an inhaler because she just shared some brand-new visuals for "Cranes In The Sky" and "Don't Touch My Hair" on Saint Heron. The videos are directed by Solange and filmmaker Alan Ferguson, who also happens to be her husband. (Remember those gorgeous photos from their wedding? They are engrained in our memories forever.)

A majority of the images from the exclusive booklet that accompanied the album come from these videos. Cast in soft pastels, earthy tones, and nude hues, Solange is immersed in the colorful company of black bodies. Both visuals are so moving that they might bring you to tears. Between the two pieces, some viewers have noticed that there are images referencing iconic black artists like Lynette Yiadom-Boakye and Carrie Mae Weems.

When Solange rolls out a release, she does it in style, making it something you'll never forget. We truly, deeply are not worthy of these gifts.

Physical copies of A Seat at the Table are now available to pre-order through Amazon—CDs will be released on November 18, and vinyl will be distributed on December 8.

Watch both of the mesmerizing visuals, below.