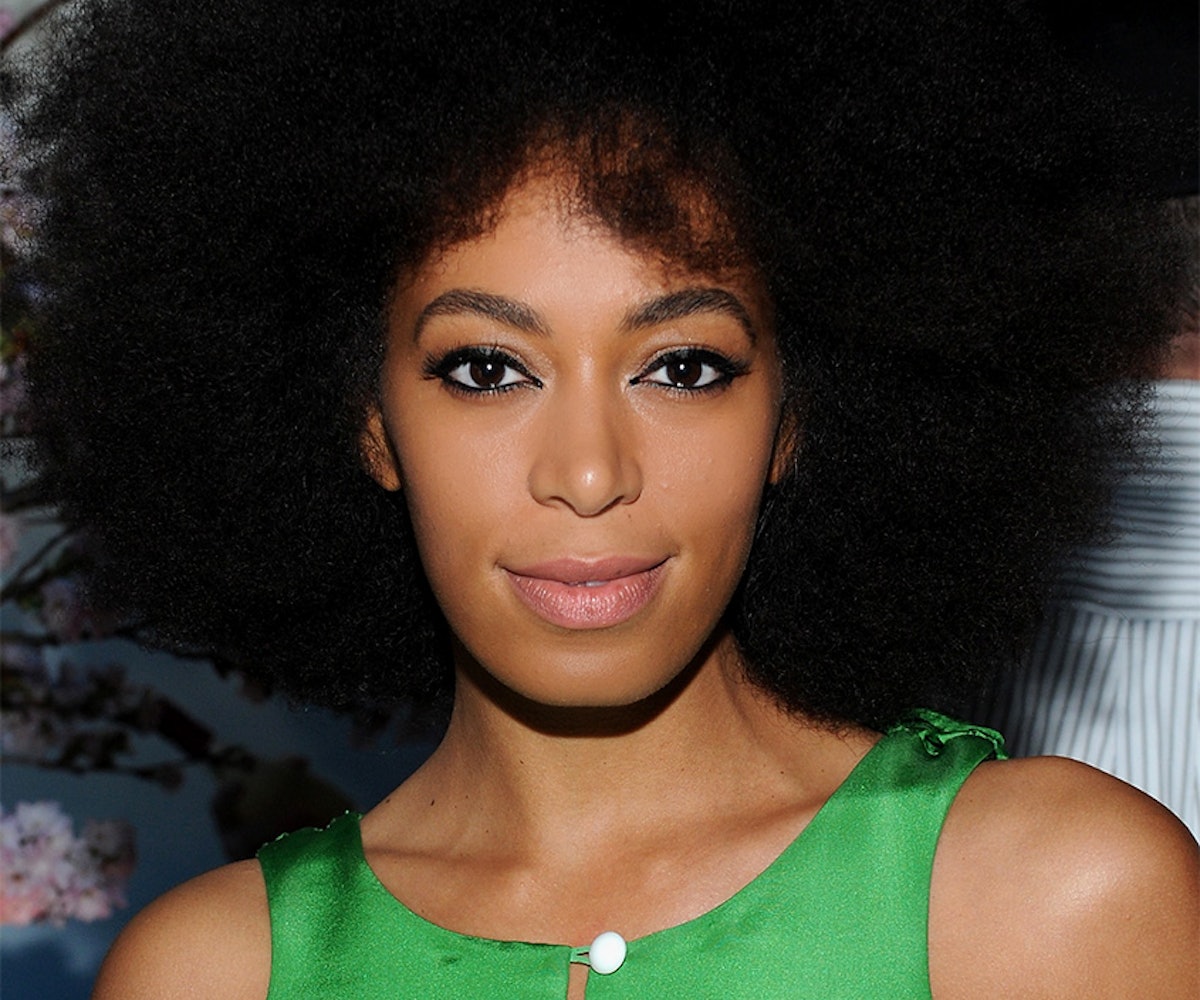 When you're Solange Knowles, purveyor of all things creative and joyous in the world, you can't simply show up to the Met Gala in a classic red dress or a pretty full-length gown. No, you have to think about your surroundings and then make them your own. Cue her Giles dress, which reads as more of a sculpture than a wearable piece of clothing.

Solange will most likely be standing all night, with her arms at her side, her sleek ponytail trailing behind her—as she takes attention away from the exhibit itself. Because when you're no longer allowed to post photos of the Gala on social media, you have to make it a point to take over the entire internet right from the start. Well played, you indie minx.