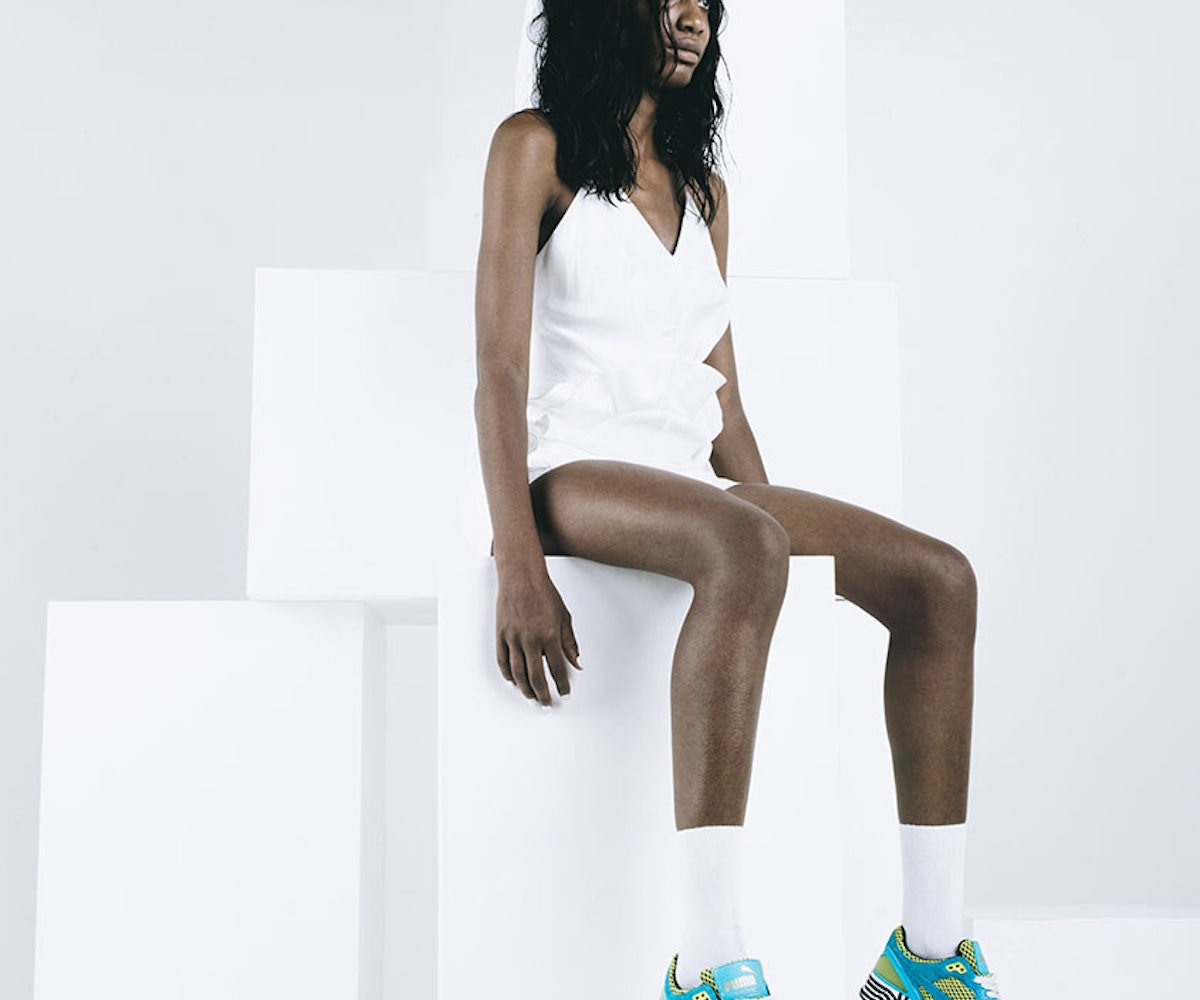 She may not drop surprise albums or music videos like her sister, but Solange Knowles still knows how to keep us on our toes. A few weeks after throwing the most indie wedding ever, the singer/record label owner/PUMA creative director decided to delay the release of her new sneaker line in light of the St. Louis grand jury's decision to not indict officer Darren Wilson after he shot unarmed black teenager Michael Brown. We were thrilled that she and PUMA took such a strong stand—and now, after a few days of anticipation, the collection is here.

The first installment of her new line, titled "Wild Wonder," features three new mixed-media reinterpretations of the classic PUMA Suede and the XT2. To bring the new collection to fruition, Knowles recruited the same team that helped bring her first collection, Girls of Blaze (which sold out in under an hour), to light: Gerlan Marcel of GERLAN JEANS; artist/musician/photographer Hisham Bharoocha; and Darlene and Lizzy Okpo of William Okpo. The line's follow up, "Behind The Bazaar," will feature two new sneakers, available December 13.

In the meantime, Knowles is keeping busy. "Finishing my album is the biggest project on my hands which I'm wrapping up soon," she says. "It's been a lengthier journey than I expected but it's so important to me to express exactly what I set out to...and that takes time. I'm also spending a great deal of time continuing to build Saint Heron which is super important to me...Oh yeah and renovating our new house which has been a whirlwind, but super exciting. Lots of phone calls to mom asking what the hell so much of this construction talk means."

Wild Wonder is now available online at Opening Ceremony and at select retailers, including our favorite NoLa boutique, Exodus Goods and Madison Beverly Hills. Check out the lookbook in the gallery.