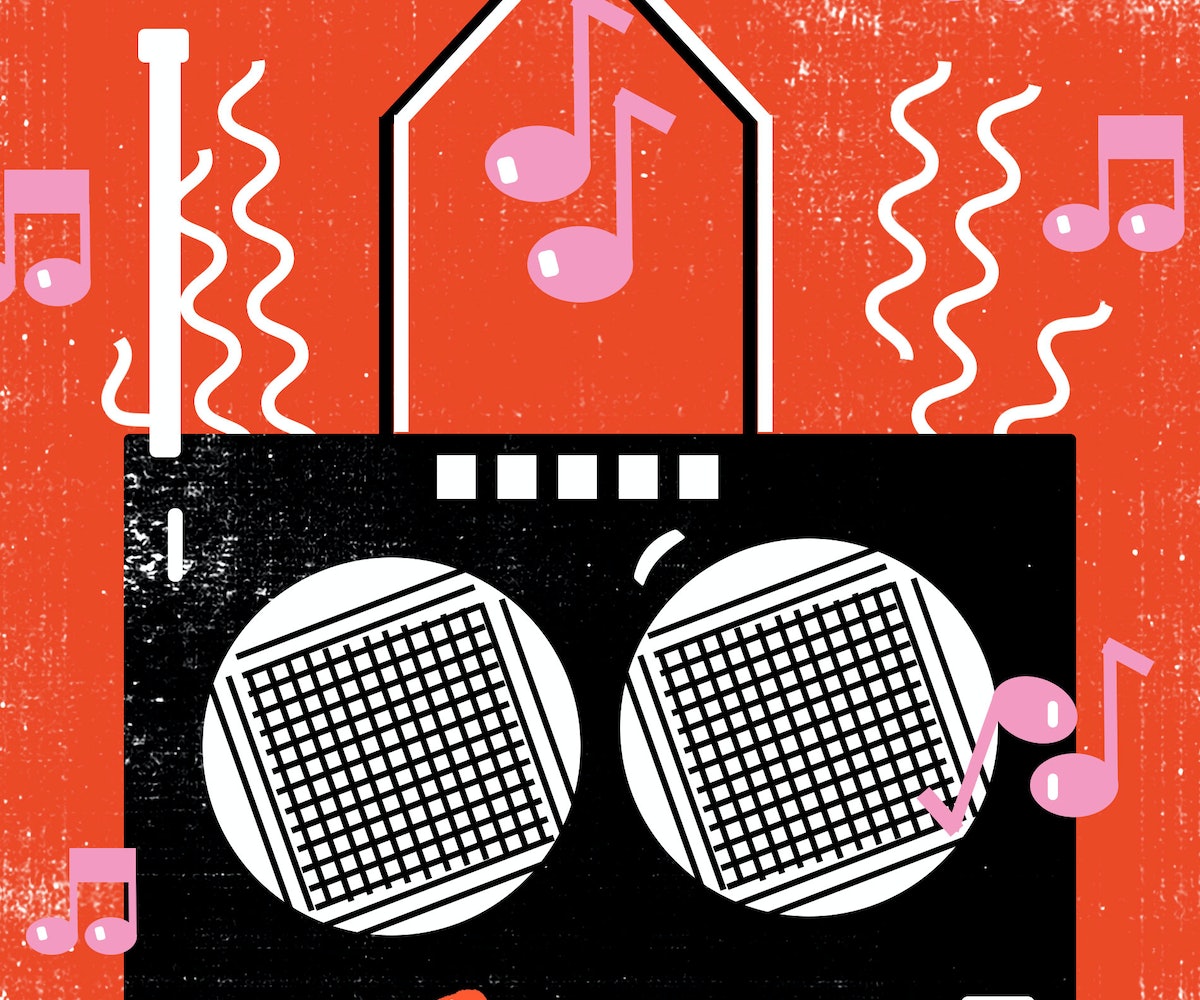 Like all art forms, music is part of our cultural conversation, reflecting the Zeitgeist in which it is created. Songs can be political tools, agents of social change; the best songwriters evoke important issues both large and small with their lyrics, using their platforms to inspire revolutionary thoughts in listeners.

This, anyway, is what's on our minds today after seeing Lena Dunham tweet about her surprise that Ariana Grande's new song "Side To Side," which includes the lyrics "I've been here all night/ I've been here all day/ And boy got me walkin' side to side" is about sex.

Grande confirmed that the song is definitely about sex: “That whole song is about riding leading to soreness. Ride dick bicycle is the lyric, indeed.”

Indeed! But while Grande's song isn't maybe that subtle in its sexual innuendo, who among us hasn't had that moment of finding out that a song you've spent hours singing along to is actually about something completely different than what you'd originally thought? And that what it's actually about is getting boned? Were any of us once so innocent to think that the milkshake about which Kelis sang was nothing more than an ice-cold dairy product? Yes! Some of us were.

Of course, plenty of sex songs are very blatantly about sex (we're looking at you, “Doin' It”). And, while those songs are great and everything, we'd like to now focus on songs like “Side To Side,” only maybe even more subtle—even if they're about sex in the sense that, like, everything is about sex when you think about it. Which we do, all the time.

Here then, our favorite songs that are secretly, but definitely, about sex. And it's no coincidence that many of them are by acts who were—at least at one point in their careers—trying to appeal to younger, mass-market audiences who were maybe not quite ready yet to hear about riding a "dick bicycle."

N'Sync "Digital Get Down"

While I wish with all my heart that any song with the words "getting freaky-deaky" was not about sex, seeing as how those are the least sexy words ever, the truth is this song isn't just about having good clean fun with your friend via FaceTime. (Especially because FaceTime didn't exist when N'Sync released this song! Clearly, they were talking about webcams.) With lyrics like "I can see everything you do/ Bouncin' me from satellite to satellite/ I love the things you do for me so late at night," we can only imagine the many tech-related adventures Justin Timberlake and Britney Spears had back in olden days of 2000.

Nina Simone "I Want a Little Sugar in My Bowl"

Simply the sexiest song about sweetener of all time, Nina Simone's "I Want a Little Sugar in My Bowl" is ostensibly about... putting sugar in her bowl, but is really about sex. And Daddys.

You know how two people become one? By having sex. Maybe you knew this already. Maybe you paid attention to the chorus—"I wanna make love to ya baby." Or maybe you didn't because you couldn't get past how annoying the headline was since the numbers weren't written out the way all numbers less than 10 should be. Anyway, give it a closer listen. It's all about sex. As again, is everything.

Considering it was Bleachers' Jack Antonoff who told Lena Dunham about Ariana Grande's secretly dirty lyrics, it only makes sense that he should be on this list with a secretly dirty song. Why is "Rollercoaster" about sex? Well, first of all, every song about rides is really about fucking. (See: The Beatles' "Ticket to Ride.") And second of all, this particular song has the lyric "We took the bones out from the road." BONES. Case closed.

This upbeat tune from the '70s is about a girl who's been "all around the world," even though she doesn't drive. This means she's had a lot of sex.

Even though T. Swift sings a lot about love and relationships, she rarely sings about straight-up sex. This song is an exception, even though its nods to sex are discreet. That said, the lyric "Nothing lasts forever/ But this is getting good now" is absolutely about having a night of being pounded. Good for you, Taylor. Good for you.

The tusk is a penis.

DNCE "Cake by the Ocean"

Apparently, "cake by the ocean" is code for "sex on the beach," only not the fruity cocktail, but literal sex on the beach. We also like to think of it as a metaphor for oral sex. Maybe you will too!

Okay, probably everyone knows this song is definitely about sex, but ALSO, isn't it awesome how committed 50 is to the candy shop metaphor? He really sticks with it. Impressive!

Rihanna "Shut Up and Drive"

Rihanna's engine is ready to "explode, explode, explode." We've been there, RiRi. All we can say: Drake, you better be qualified to drive. Rihanna only deserves the best.

This song dates back to before Grande was comfortable talking about how much she enjoyed a good dick bicycle, but if you give it a close listen, you'll understand it's about sex too. Just, like, not the kind that makes you walk funny for days.

Foo Fighter "All My Life"

"Over and over, down on my knees"—this is Dave Grohl singing about giving oral. The end.

Well, okay, so, first things first: The titular "heart-shaped box" is definitely a vagina. But there's also references to a "meat-eating orchid" in this song, and, um, a "magnet tar pit trap." Also vaginas. My goodness, did Courtney Love do a number on Kurt Cobain!

Fine, this song is undoubtedly about sex. But we're including it anyway because no list of sexy songs is complete without D'Angelo. That's just a fact.