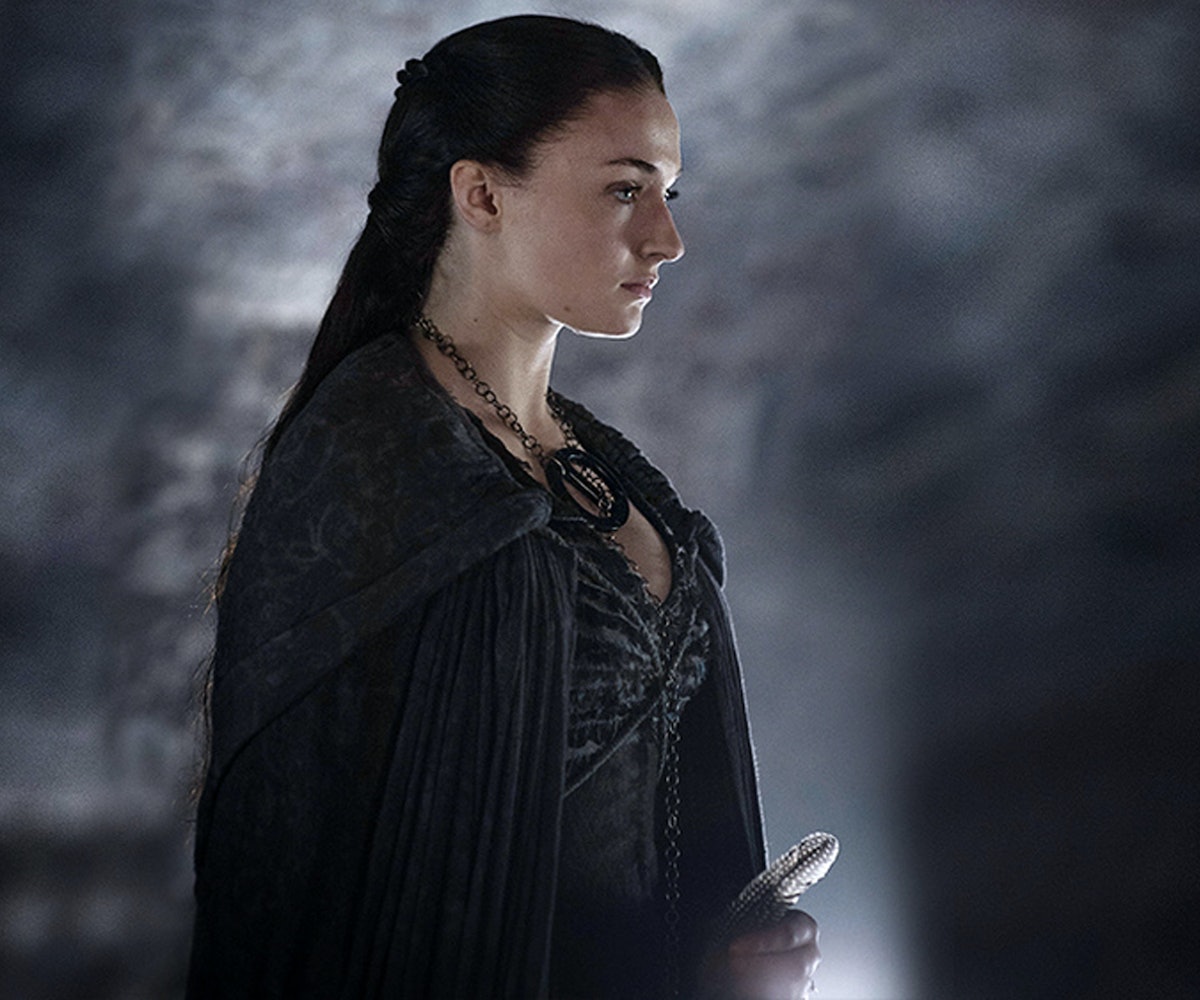 Sophie Turner is full of surprises these days. We were recently shocked to hear that she'd prefer her Game of Thrones character, Sansa, to be killed off in the series (with a cool death scene) and for Littlefinger to ascend the throne—though hopefully not before she's has a chance to get revenge on Ramsay Bolton. Turns out Turner has another surprise for us: we've been pronouncing Sansa's name all wrong, and she is so. fed. up. with. it.

Although her tweets have since been deleted, Vulture reports that yesterday Turner posted, "Okay guys. This has been grating on me for 7 fucking years. It's Sansa like Sarnsa. Not sanza. Goddamit."

This, for many American fans, was confusing in the way that the word arsehole is confusing. We're just not sure what to do with that "r." Thankfully, Turner clarified, saying, "Oh my bad.... For Americans though... Sahnsa."

Got it! Saaahnsa, not Sanza. Fans were reportedly quick to apologize for their ghastly mistake and will likely prostrate themselves before The Mother and/or The Crone for forgiveness. Thankfully, we have until the show's premiere on April 24th to practice. So, say it with us now: Sahnsa. Sahnsa. Sahnsa. Hodor.