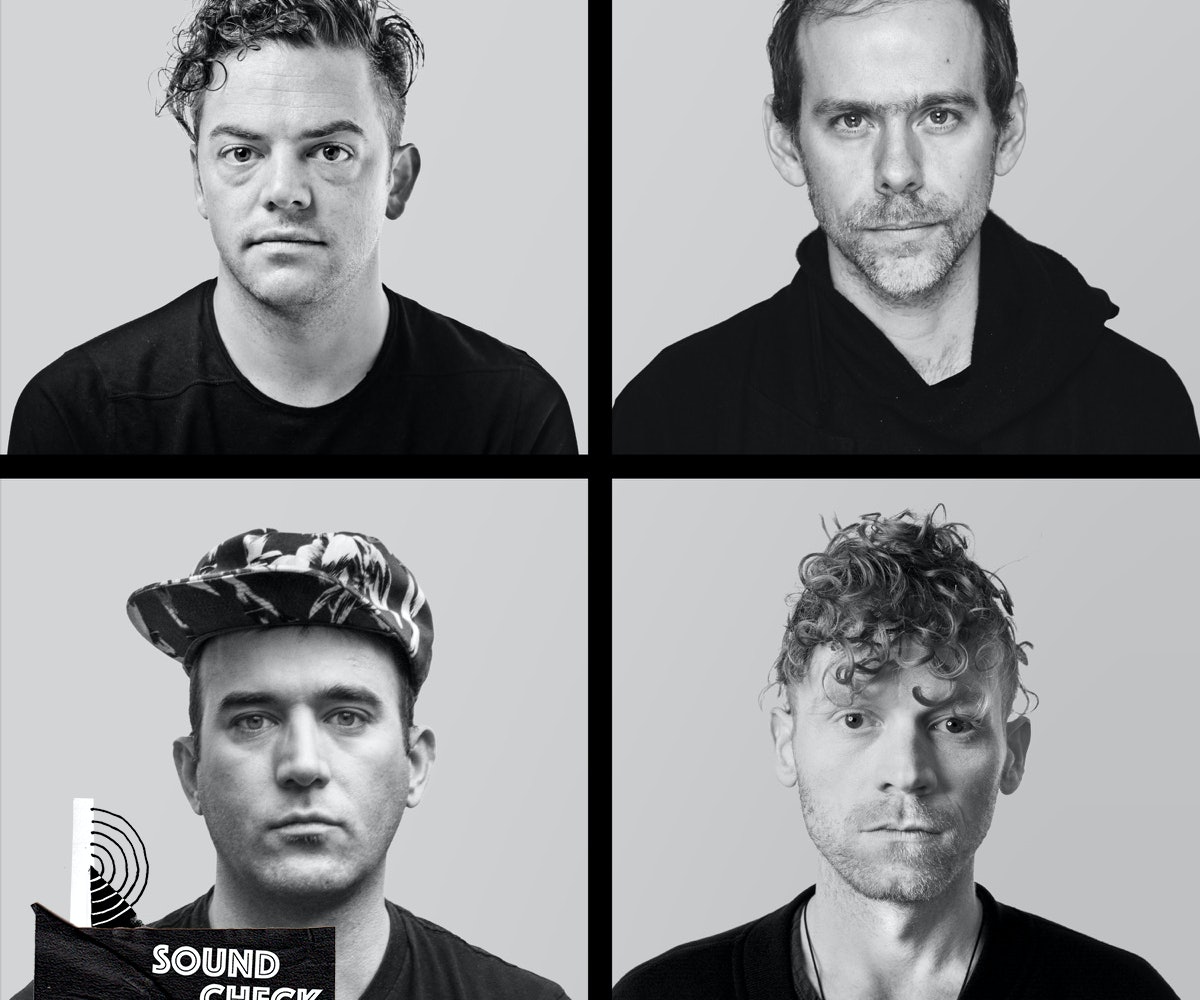 Every weekend, we’re bringing you #SOUNDCHECK—your new destination for the best of the best new music that hit the web over the course of the week. Because you should always be prepared when someone passes you that aux cord. This week’s round features 31 of our favorite emerging and established artists including Sufjan Stevens, PWR BTTM, Nick Hakim, and so many more. Turn up, tune in, and tune out.

In all this darkness, at least we have Sufjan Stevens. This is the debut track off Planetarium, a collaborative project between Stevens, Bryce Dessner, Nico Muhly, and James McAlister. The album officially drops on June 9 via 4AD.

This stunning visual directed by Terence Nance revolves around a beautiful black woman named Naima and her kin. (She happens to be his girlfriend, no big deal.) If moods were colors, this would categorize as emerald green. Hakim's debut full-length album Green Twins is out on May 19 via ATO Records.

Can you feel the groove?

Now that "No Flex Zone" is long gone in retirement, we have a new tune to blast on repeat. Dear Annie is slated to drop sometime this year via 300.

This Nashville-based multi-instrumental artist has been gracing us with his sweet tunes since 2015. For his latest offering, he tapped our girl Nylo to serenade us.

"She Won't Go Away"— Faye Webster

This Georgia peach is making country music cool again as she croons while a snake slithers around her neck.

In the wake of all of the political turmoil throughout the world, we can all find comfort in this rally cry. Keep your chin up!

This video is super weird, but we're totally into it. DeMarco shows human relationships through the eyes of canines in this video for the title track off his forthcoming album.

"Do You Remember?"— The Maine

Relive your emo days as The Maine relives theirs through this nostalgic track. The Maine stays true to their rocker sound as they prepare to celebrate their 10th anniversary with a new album next week.

"We Need to Talk"— BIRTHDAY

Karaman and Luka teamed up to form a duo that graces us with laid-back tunes meant for non-stop chilling. Their forthcoming A/B project will be out soon on Tombstone Recordings/WEDIDIT.

Trap banger meets undying bodega love as Khan puts his own twist on the genre with Middle East-inspired drums.

Issa bop! There is no singular song of summer anymore.

Any time that Robin Hannibal is involved with a song, you can expect the finished product to be a piece of pure luxury. NIIA's latest ballad articulates the struggle of feeling like you're giving more than you're receiving in a relationship. (After a while, being the side chick loses its appeal.) NIIA's long-awaited debut album, I, is expected to release on May 5 via Atlantic Records.

If all of the Remy Ma and Nicki Minaj beef left you wanting more women rappers on your playlist, then you might want to give cupcakKe's new album a listen. Her raw and explicit lyrics are what made her go viral in the first place and with her sophomore 12-track album, we can see that she's sticking to it.

Lao Ra's new single featuring Tony Montana is a hot new dance song with a strong feel of dancehall and reggae in the beat as well as the lyrics. This song is sure to have you trying to hip roll like it's the early '00s.

This collaboration marks Azad's first release since dropping his A Very Emotional EP back in December. Listen carefully to every word he says.

WizKid's new track has a nice, chill vibe that combines his African style with a similar sound to that of his other Drake collaborations, like "One Dance." This is the first single from his forthcoming debut project, Sounds From the Other Side.

This right here is a banger. The instrumentals are all over the place in the best way and will definitely get you hyped for festival season. Take a shot for all the ones that got away! The producer's forthcoming debut album, 9, will be out sometime this year via Mad Love/Interscope Records.

This up-and-coming Norwegian pop star will not tolerate any premature bullshit. Her upbeat anthem is a true declaration of independence for the youth. No fuccbois allowed!

Brooke Candy and Sia are perfect together, just like the message of this song.

Distortion fits MisterWives well. You'll be singing the hook of this track for days. Connect The Dots drops May 19.

Pick up what ALMA is putting down. It's worth it.

The production of this song is so cocky and so good. Go ahead and be a bad bitch. Run the world.

Ah, to be young and free and drenched in pink light. Monogem's living the life.

Loneliness sounds real smooth and it's all Humble & Blisse's fault.

Welp, shallou's latest is a song we want to live inside. It's pure, utter bliss. Let's get lost in hope and self-reflection.

What. A. Freaking. Drop. This is electronic dance music as it once was and should be. Gag!

Will Joseph Cook's brightly colored pop is just the right amount of cool to help usher in the warmer months. Catch this and more when he drops his debut album Sweet Dreamer on April 14 (via Atlantic UK).