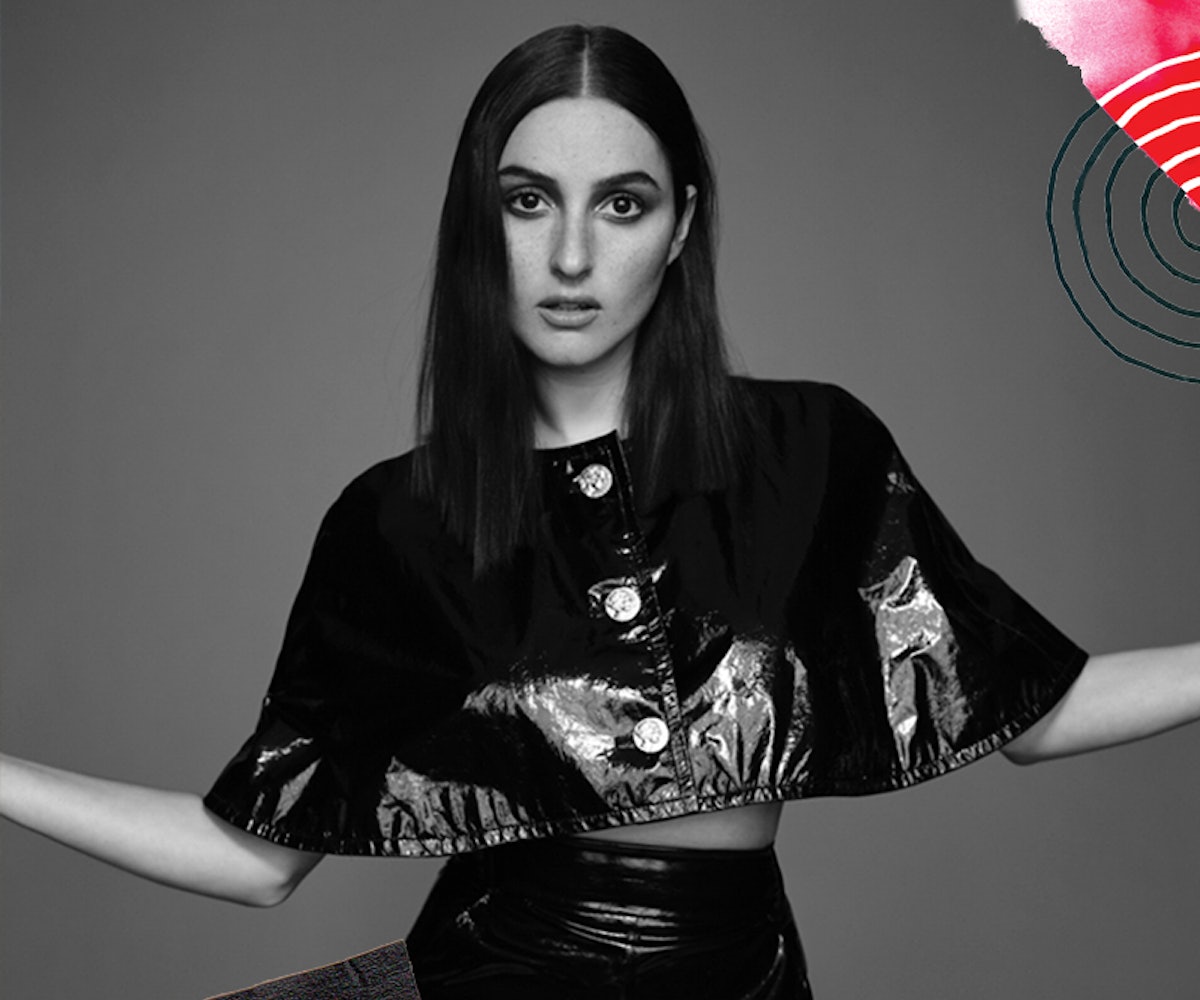 Every weekend, we’re bringing you #SOUNDCHECK—your new destination for the best of the best new music that hit the web over the course of the week. Because you should always be prepared when someone passes you that aux cord. This week’s round features 20 of our favorite emerging and established artists including Banks, Tove Lo, CL, and so many more. Turn up, tune in, and tune out.

Once again, we are faced with multiple versions of Banks. This time, she's not acting as creepy, but she's definitely feeling some type of way... We wish we looked this fierce when we were stuck in a mood.

Tove Lo's Lady Wood era is officially a go. Despite it being rooted in satirizing the Cool Girl™ archetype made famous by Gone Girl, "Cool Girl" is effortlessly cool to the point you can't tell if the Swedish pop powerhouse is being ironic or not. Regardless, the music video accompaniment marks the first installment of Fairy Dust, Tove Lo's two-part video series for her new album. Of the short, Tove Lo said in a press release that it's "about all of the beauty and darkness that comes with chasing rushes." A cool girl journey, indeed.

Summer ain't over yet, and CL just dropped the banger to prove it. Get "Lifted" in the video for the K-pop star's solo debut in the States!

Fresh off a tour with Kygo, our favorite Oslo-based duo is crooning about "Us" in their dreamy new single. Sway along softly above.

Loyle Carner just hit us with a fresh new track, and it's gold. Listen to the British rapper drop some smooth beats on the new Alessandra Kurr-directed music video.

Teaming up with dvsn's Nineteen85 has really been paying off for this Irish singer-songwriter. Their latest collaboration is the perfect blend of electronic, indie, and R&B as James Vincent McMorrow's chill-inducing vocals swing with the beat.

It's been two years since we've heard new music from Giraffage, and needless to say, the wait was worth it. THEA's breathy vocals intertwined with Giraffage's cool and clean production has us all swooning.

With a thumping, bass-heavy production and lyrics sugar-coated in auto-tune, "Froze" should be queued up on your list of songs to play when passed the aux cord. So icy.

Mick Jenkins reminds us to remember the important things in life in his new single, "Spread Love." Lead by a gentle progression on piano, Jenkins raps, then sings the song's chorus in a simple, but effective message about eliminating hate and spreading love. The single is the first off of his upcoming album, The Healing Component, coming this September.

Ahead of his upcoming album Atrocity Exhibition (out late September), Danny Brown has dropped Evian Chris-produced track "Pneumonia." Listen in for his signature rapping style with some pretty wild production.

On the brink of beginning their North American fall tour, Boys Like Blood released a new track off their upcoming EP, Ping Pong. Listen on for plenty of angsty lyrics and fuzzed-out guitars.

Chill out to Joe Hertz's velvet soft new single, "Playing for You," laced with the seductive vocals of Bassette. The track comes from his forthcoming EP, How It Feels.

Raury's new track "Like a Star" is steeped in slow, sensual sounds. The jazzy R&B masterpiece was made with the producing skills of Donnie Trumpet, a close friend of Chance the Rapper.

The world needs more disco. We're starved of it. Thanks be to Say Lou Lou for breathing new life into the genre and one of this lifetime's most iconic dance tracks: the Bee Gees' "Stayin' Alive." Together, the Swedish sister duo transforms the song into something fit for a Tarantino film intro. It's dripping with a no-fucks given sexuality. "Here's an end of summer offering and a tiny preview of what's to come...," they tell us. Can't wait. This cover will take you higher.

"Flavour" is the first single of off James' debut mixtape Quebec Place, which is set to drop August 26. If you're sad about summer ending, definitely check out this high-energy track, which features Anik Khan.

"If We Have Time" - Two People

A sense of heaviness pervades in Two People's new video for "If We Have Time." The day moves slowly with the subjects almost gliding through the otherworldly environment. It's a lush visual for a somber, textured song that stays with you long after it fades away.

Syd the Kid's latest single feels like a sunset wrapped in love. The track is undoubtedly an ode to a lover, but Syd's smooth and soulful vocals earnestly professing lyrics like "Baby 'cause I just know I'm the best one for you/ You think I'm crazy, I know/ But you're just amazing" got us feeling like she's singing sweet nothings made for us.

Our favorite rapper slash model is back in the game to claim her place at the table. It's an incredibly honest track that celebrates Chynna's 90 days of sobriety. Learn more about the story behind the mixtape here.

Our favorite Japanese producer has emerged from the void to bring us a visual that is almost straight out of our wildest dreams. Honestly, life doesn't get much better than laying on a fluffy comforter with a hamburger in hand on the beach. Kick back and relax to this chill track.

NEXT UP
Entertainment
SZA May Finally Be Returning With New Music
Entertainment
Björk's Music Video Evolution, From Fresh-Faced Star To Avant-Garde Master
Entertainment
Paramore's "This Is Why" & 9 Other New Songs Out This Week
Entertainment
Arctic Monkeys Announced A Huge 2023 North American Tour