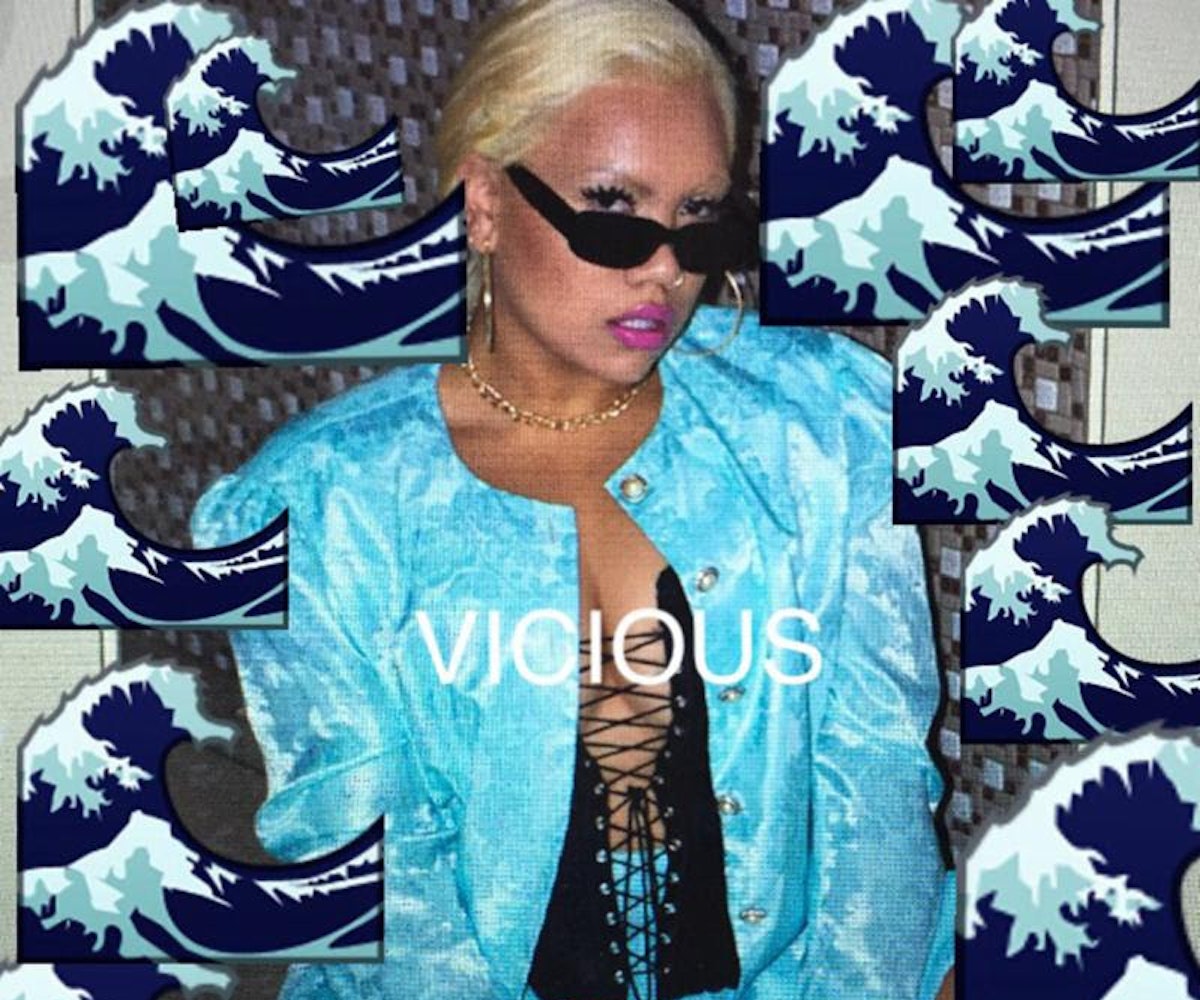 Every weekend, we’re bringing you #SOUNDCHECK—your new destination for the best of the best new music that hit the web over the course of the week. Because you should always be prepared when someone passes you that aux cord. This week’s round features 31 of our favorite emerging and established artists including PARRI$, Little Simz, Taylor Bennett, and so many more. Turn up, tune in, and tune out.

VICIOUS is the latest EP from the forward thinking, multi-hyphenate artist extraordinaire PARRI$. After working with some of the biggest names within the music realm—choreographing Rihanna's ANTI tour and 2016 VMA performance, and Ariana Grande and Nicki Minaj's performance at this year's AMA—it was time for PARRI$ to take her own path.

This collab marks Kehlani's second single off her debut album SweetSexySavage, due out January 27. The visual is a day in the life, set on the streets of London, and will make you wish that you were a part of this 'hood.

This heavy-hitting track is incredible on the levels of both its lyricism and production, each being equally important. It has a twofold impact and is just as fitting on a party playlist as it is for the times you really want to listen to something emotional.

Cuffing season has not been going as planned for most of us, and these boys get it.

Jarina De Marco shows her solidarity for the Standing Rock tribe by releasing a video that highlights the fight for protecting the sacred grounds threatened by the construction of the Dakota Access Pipeline. It's a protest anthem we can also stand behind.

Dutch artist Sevdaliza enlists the talents of A$AP Ferg in "That Damaged Girl." As the lead single for her debut album coming out in 2017, two worlds collide as Sevdaliza's smooth, ethereal voice and Ferg's hard-hitting delivery perfectly complement one another on the track.

Girl groups are here to stay if new ensemble M.O has anything to say about it. Their debut single "Not in Love" is an ode to that significant other who stays around, but you aren't so keen on keeping around.

Our favorite couple has finally unveiled the visual for their duet off The Divine Feminine. The split-screen video sees the couple pining for each other in separate rooms, and it's quite the mess of emotions.

Get ready to be transported to another dimension thanks to Gangly's newest video. Following the release of "Holy Grounds," the soothing track now has an immersive visual you have to experience for yourself.

"Let Me Help You"— Mario

Mario released the first single off his forthcoming album, Paradise Cove. The R&B crooner pleads with a love interest to let him help her love again over an island-inspired production that will be stuck in your head for days. Listen to the track above.

Shy Girls' debuted his latest track with an intimate performance set at The Gift Shop. Dan Vidmar sings and plays the guitar alongside a live band in this glimpse into his debut album, Salt. If you like what you hear, make sure to get the album once it drops January 20.

This catchy tune may be your new favorite breakup anthem! Seventeen-year-old Chloe Campbell teams up with dancehall musician Cutty Ranks in the song about feeling sick to your stomach and removing toxic energy from your life.

"Rather Be With You"— Sinead Harnett

"Rather Be With You," off Harnett's self-titled EP, finally got a visual. The playful video mirrors the ups and downs that play out during a mischievous time in a relationship.

Mayaeni directed and edited the video for "Break Me" off her Elocution EP. The visual embodies the raw lyrics as viewers go on a journey from darkness to light as one overcomes the fear of vulnerablity.

Take A Daytrip (David Biral and Denzel Baptiste) and Treez Lowkey are no strangers when it comes to collaborating and their latest one is a banger. Pulled from their upcoming project, you'll definitely have this track on repeat. Take a listen, above!

Kristin Kontol's '80s-inspired "Show Me" has a new rendition thanks to Asmara from musical duo Nguzunguzu.The original version appears on the pop singer's album X-Communicate.

Although the beat and the slightly off-kilter cadence might be the first thing you notice about this track, the lyrics are inarguably the most potent part, and the reason you'll keep coming back to it. Luckily, it's available for free download here.

"In the Morning, I'll Be Better"— Tennis

Tennis' newest visual will have you thinking about the '70s: Big curly hair, high-waisted pants, and everything glitter all make appearances in the Luca Vanter-directed video. The husband-wife duo'sYours Conditionally album is due out on March 10.

The Nashville production trio have put their own spin on "Flex Your Way Out." This dark electronic pop track is perfect for the cold winter that lies ahead of us! Be on the lookout for Sofi de la Torre's newest project set to come out early 2017.

Off Tame Impala's Jay Watson's new GUM album, Flash in the Pan, "Gemini" finally gets a visual. Directed and edited by Sam Kristofski, the video is inspired by children's fantasy shows and astrological signs. Check it out, above!

Toeing the line between reality and daydream, Maggie Roger's visual for "Dog Years" puts the audience in a meserized state of consciousness. It's part video art, part stunt, and part auditory pleasure. She is definitely one to watch in the new year.

This track focuses on the simplicity of emotion. Delicately crafted by not using much more than the gentle sounds of a piano, SOHN pours out the natural state of his emotions.

"Better Than Me"— Blood Orange

Blood Orange releases another masterpiece, this time in collaboration with pop star Carly Rae Jepson. The minimalistic video treats simplicity as sacred and the raw lyrics tell a story of missing the highlights of a relationship while blissfully forgetting the lows.