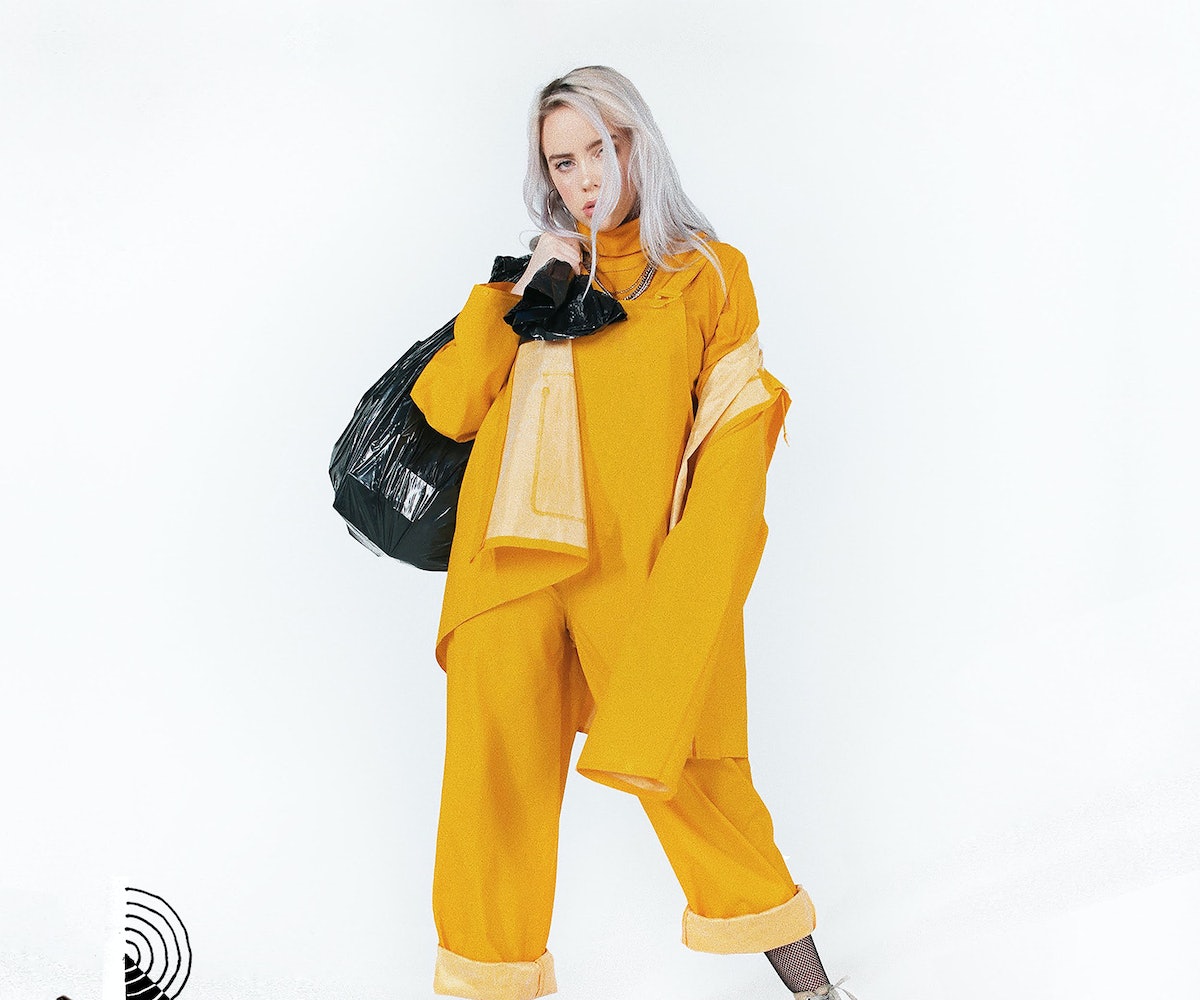 Every weekend, we’re bringing you #SOUNDCHECK—your new destination for the best of the best new music that hit the web over the course of the week. Because you should always be prepared when someone passes you that aux cord. This week’s round features 23 of our favorite emerging and established artists including Billie Eilish, Leaf, Dua Lipa, and so many more. Turn up, tune in, and tune out.

The whole country-meets-dance music thing hasn't been done this well since Avicii.

Leaf is serving some serious swag in this video. Boy, byeeeeee.

Dua Lipa's low, husky voice pairs gorgeously with the dark, intimate visuals in this simple visual. We can't stop thinking about her after watching this moody video.

NIIA's debut album, I, is coming and it's going to be silky smooth, just like this song.

At last, we finally get the full plate of everything that THEY. is bringing to the table.

Haunting is an understatement when describing Arca's new visual. It's arresting and beautiful. Arca's flexing his vocal abilities here and it's nothing short of everything. Arca's new self-titled album drops April 7.

Grab your bestie and choreograph a dance to this. It practically begs for it.

Pictures speak a thousand words, but Vagabon speaks an infinite amount into the infinite abyss.

Boise's best has treated us to a little taste of summer with this fresh release. We know that global warming is bad, but can we enjoy the warm sunshine for one more day?

Sofi Tukker made waves on (Not My) President's Day when they released this new track. Sophie screams over the instrumentals for all the right reasons, with bits of melody echoing military chants.

Sorority Noise illustrates this brooding track with neat handwriting in their new lyric video. Reminiscing about bad memories and low times never sounded so cool, with guitar riffs building up to a blunt, quiet ending.

Ella Mai's latest is here to soundtrack your turn up, turn down, and everything in-between.

With features as strong as the ones on Thundercat's latest, you know you're in for a aural treat.

Tears in the Club— Kingdom

Music to cry and dance to.

Ruth B.'s "Superficial Love" got itself a nice reworking. Get into her vibe now before the rest of the world does.

The 1975 put their atmospheric spin on Sade's single, elevating it to new, sumptuous heights.

Le1f continues to be the leader in outspoken hip-hop with this double feature. What begins as a dance floor ready ode to the feminine turns into a study in introspection. Listen to Le1f. He's making important work.

London's enigmatic electronic trio's latest imagines a love where all previous lovers don't exist, a fresh romantic playing field that, in reality, we can never return to. Richly minimal and startlingly somber, "Drown The Lovers" is yet another shining example of why RITUAL is the future of electronic R&B.

With Hot Chip elements and a smashing, summery chorus, wonder&height's latest does what it sets out to do: light up your night.

You ain't ever heard a breakup album like this before.

Bennett calls this his best work ever and we have to agree, hands down.

Literally a teen dream. Chicago has the juice.