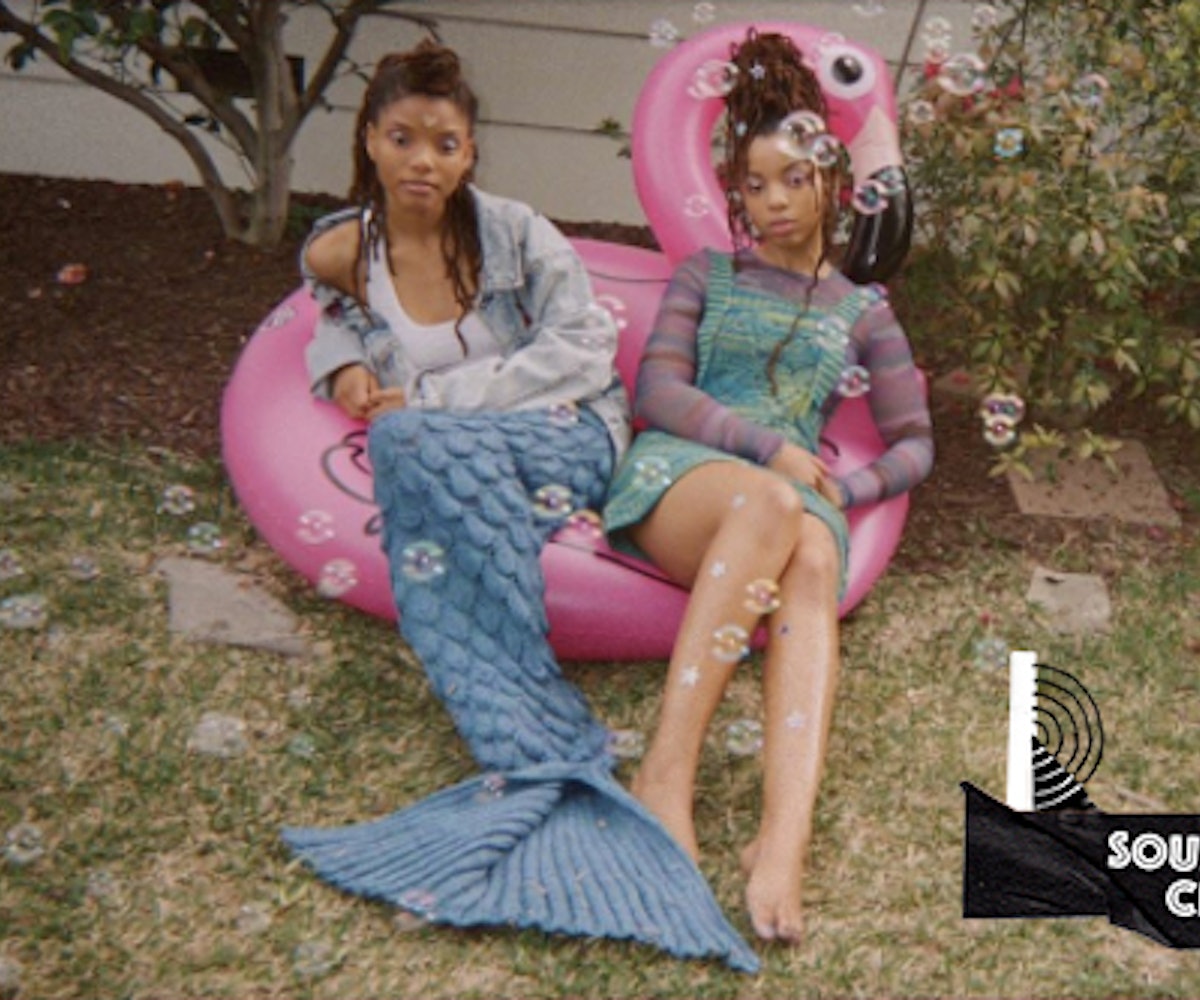 Every weekend, we’re bringing you #SOUNDCHECK—your new destination for the best of the best new music that hit the web over the course of the week. Because you should always be prepared when someone passes you that aux cord. This week’s round features 12 of our favorite emerging and established artists including Chloe x Halle, Jacques Greene, Michelle Branch, and so many more. Turn up, tune in, and tune out.

The Two of Us— Chloe x Halle

The Atlanta-bred sister duo has blessed us with more music and we couldn't be more grateful. This surprise mixtape is 25 minutes of pure bliss and we'll be listening to it on loop for the entire weekend.

This Mauriès Mato-directed visual further explores the producer's tribute to club culture. The spoken word inclusion really sets the vibe, expanding on the beautiful concept of human connection. The way it plays out makes you feel like you're putting together fragments of a short film that you never want to fully solve. Feel Infinite is available now.

"Best You Ever"— Michelle Branch

Mirror, mirror on the wall, what's the greatest comeback of all? We've waited 14 years for Michelle Branch's return, and this single is proof that it was totally worth it. In the video, she shows us what went down behind the scenes in the studio. There's even some footage of her beau, Patrick Carney. Hopeless Romantic is slated to drop on April 7.

Fresh off the release of her fiery Number 1 Angel mixtape, our favorite British pop star is hitting us with another sick collab. The song is full of all things cute including clapping, chanting, and chiming.

"Relaxation"— Nok From the Future

As the title suggests, this track instantly makes us feel compelled to unwind our minds. The video is more on the spazz side, but we're totally feeding off of the rapper's energy. This is definitely not the side we were previously exposed to in "Wocky Wocky."

This is one of those songs where you wave your middle finger high up in the air. "I make you better but you make me sad," the rapper repeats while the beats boom with gloom in the background. Boy bye, GTFO.

This is what taking things to the next level looks like—literally. In this NSFW Jesse Kanda-directed visual, the New York-based artist walks around in some badass stilts made out of metal while exposing his bum in shredded tights. Arca's self-titled third full-length album is out on April 7 via XL Recordings.

Come through with that choreo, Betty Who! The Valley (out March 24) is shaping up to be something of a glittery pop explosion and we're so here for it.

For a mellow time, listen to Vancouver Sleep Clinic's latest. For a visually arresting time, watch the video.

Trouble has never sounded so good. The New Respects' debut packs a sound unheard of in today's synthed-out landscape. Press play. Your ears will thank you.