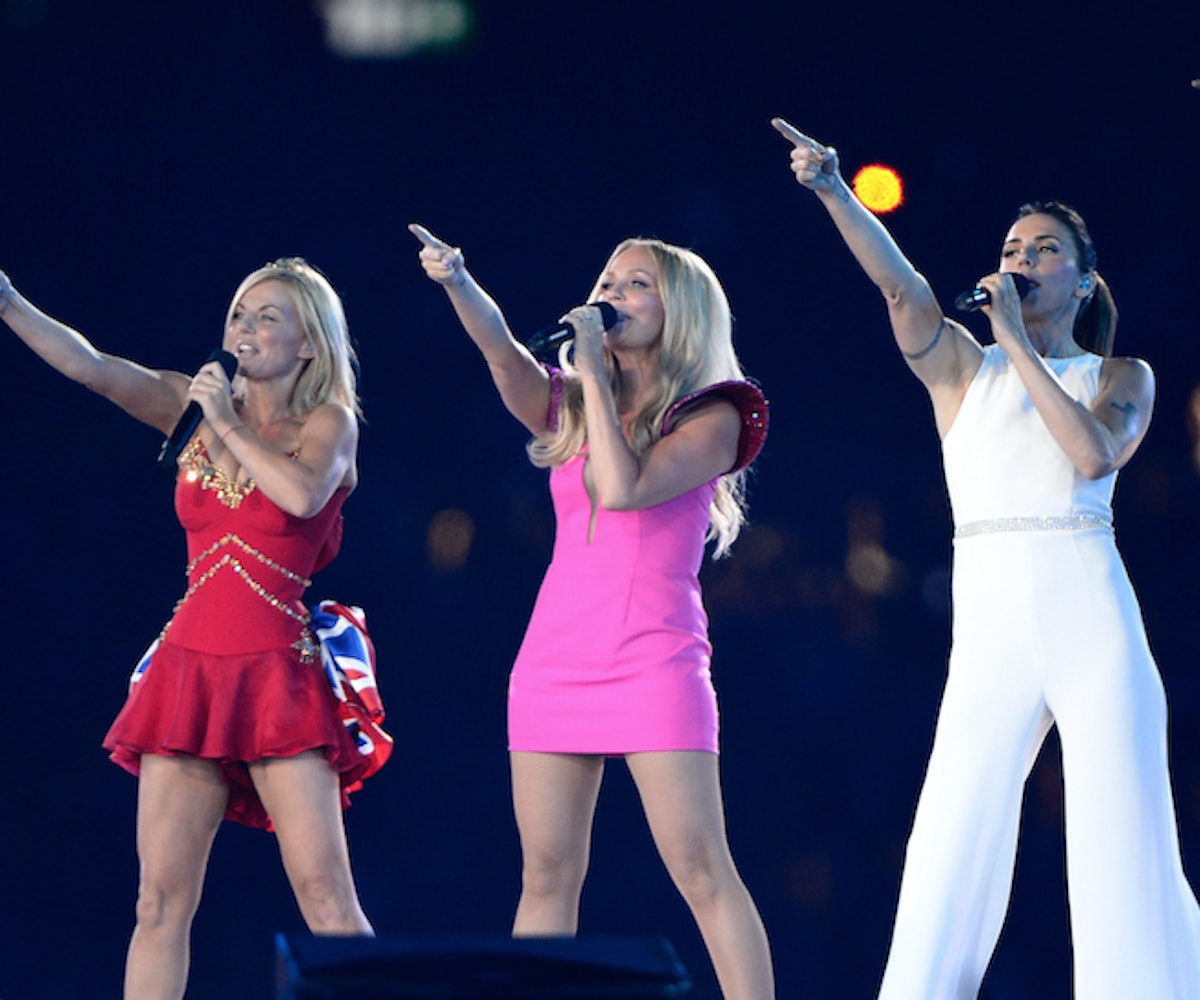 It looks like, despite tons of back-and-forth rumors about an official reunion (and possible world tour), the Spice Girls are back on. And by back on, we mean, performing for the first time since 2012.

Melanie "Mel B" Brown low-key spilled the tea (while sipping tea) with The Real hosts Loni Love, Adrienne Bailon, and Jeannie Mai about the girls' pending performance at none other than Prince Harry and Meghan Markle's upcoming wedding this spring. After confirming that her bandmates, Baby, Ginger, Posh, and Sporty, have all received invites to the royal wedding this year, Love asked if they were going to be performing during the reception. And while Scary Spice didn't technically confirm nor deny the news, her uncomfortable reaction pretty much says it all.

Prince Harry and Markle's nuptials will take place on May 19 at St George's Chapel at Windsor Castle in England.

NEXT UP
Culture
Spice Girls May Reunite For King Charles’ Coronation
Beauty
King Princess and Quinn Wilson Star In Ralph Lauren’s Valentine’s Day Campaign
Culture
Who Won At The 2023 Grammys
Culture
The Cutest Couples At The 2023 Grammys
Style + Culture, delivered straight to your inbox.