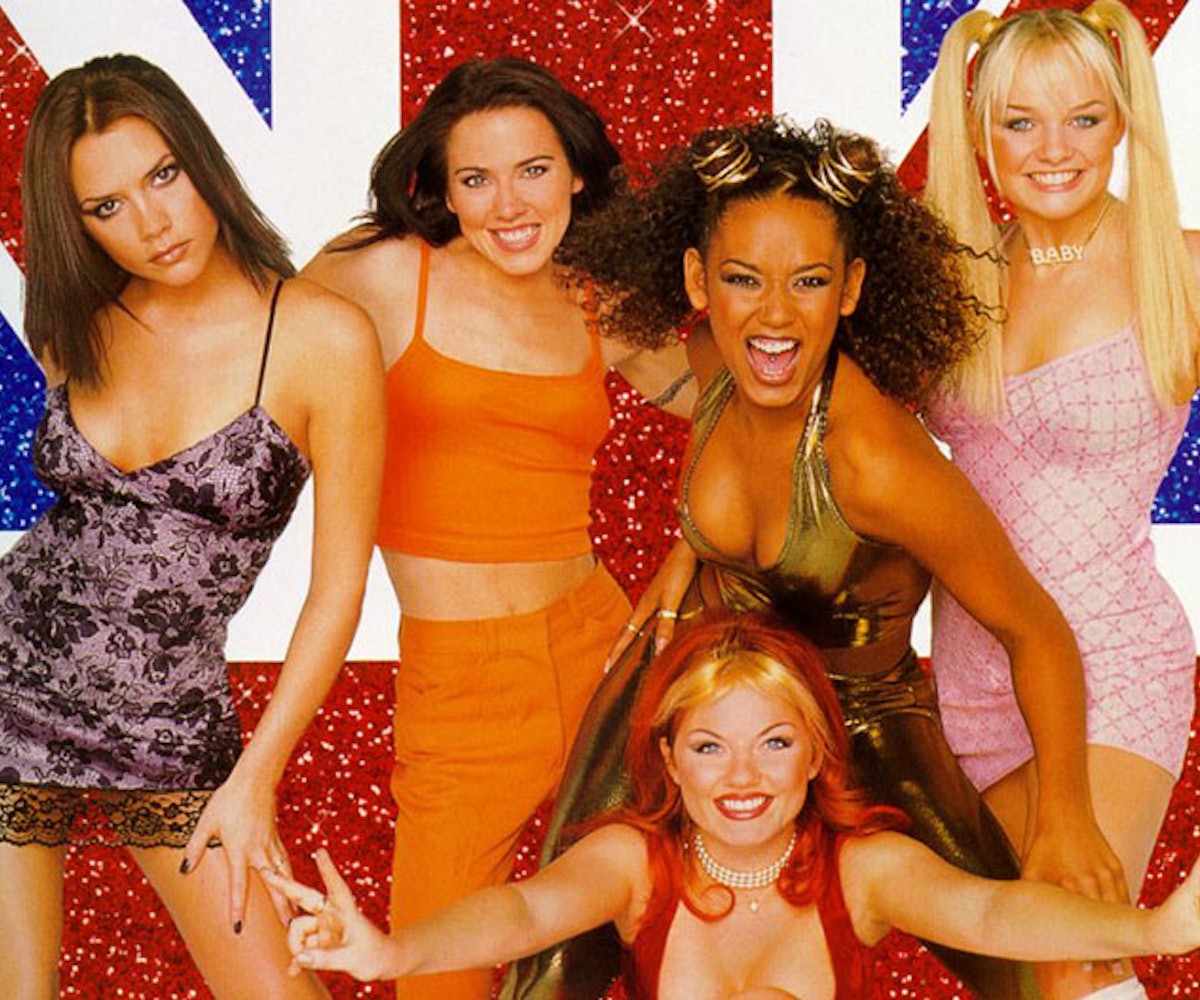 Photo: Courtesy of Columbia Pictures
by gabriel bell
May 3, 2015

For his 40th birthday party in Marrakech, Morocco, David Beckham (a.k.a. Mr. Victoria Beckham) got a little taste of Girl Power in the form of a brief, partial, but totally adorable Spice Girls reunion. As seen in a post on Eva Longoria's Instagram account, Posh along with Emma "Baby" Bunton, Melanie "Sporty" Chisholm and Geri "Ginger" Halliwell posed with the former Desperate Housewife for a charming group shot notable for its lack of duckface and Melanie “Scary” Brown.

Why Mel B. couldn’t make the star-studded blowout isn’t known, though of all the Spice Girls (shouldn't we call 'em Spice Women, now?), she's been the most vocal about the reasons the group initially split in the early ‘00s. That said, the five—who spent the early part of this decade touring and blowing us away at the London Olympics—seem to be on fairly good terms these days. In any case, Longoria offered up herself as a Scary replacement should the Girls want a true reunion that lasts longer than the candles on a soccer superstar's cake. “I'm the new Spice Girl! #LatinaSpice” she wrote on her Instagram post. Is this okay with us? Yes, this is okay with us. Viva forever.