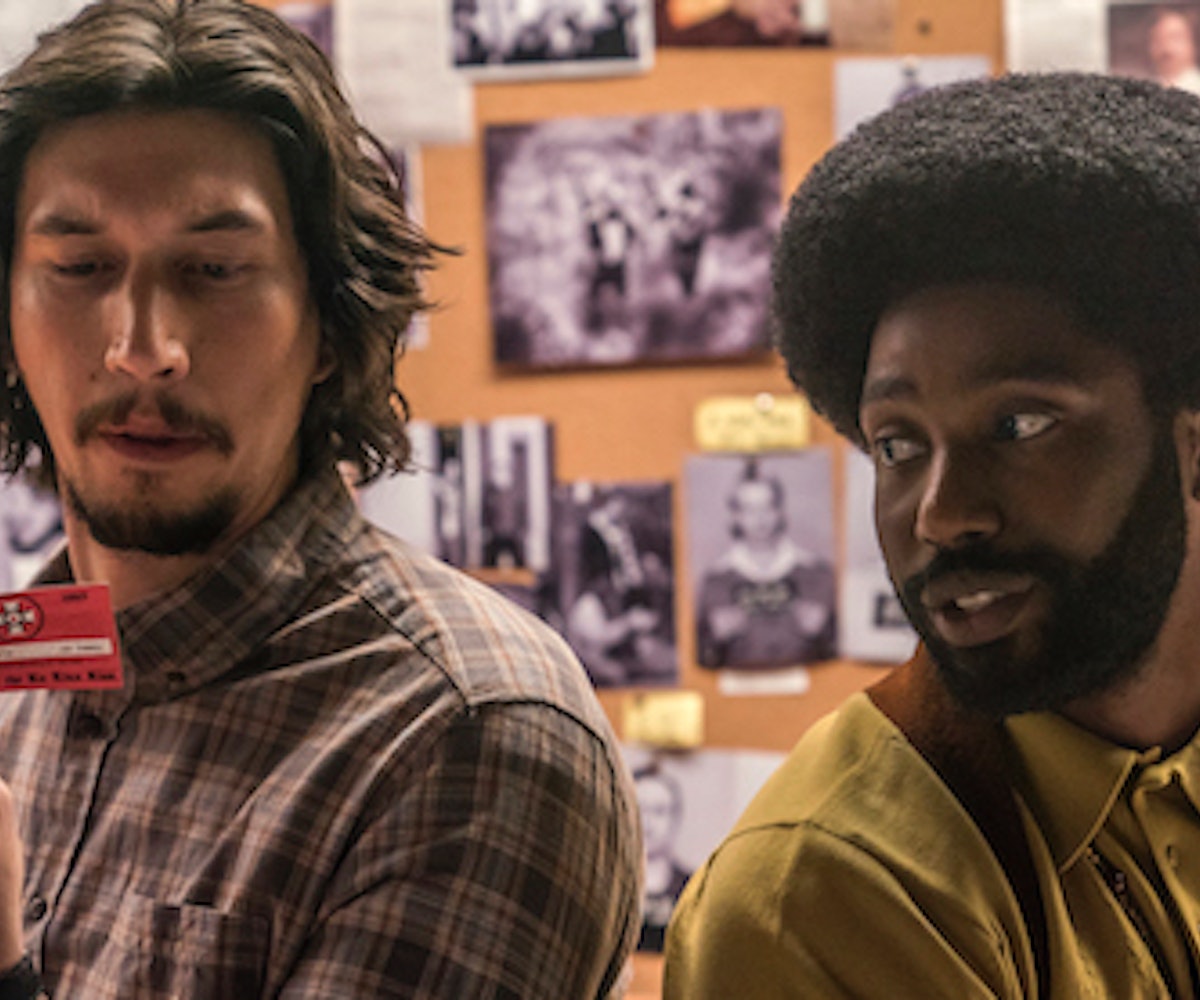 Spike Lee is gifting us another one of his culturally and politically relevant "joints" that speaks to today's climate.

BlacKkKlansmen is the iconic filmmaker's latest racially and politically charged film that just so happens to be based on a true story. Inspired by the life story of former cop Ron Stallworth and produced by Jordan Peele, the film sees Stallworth (John David Washington) become the first black detective to serve in the Colorado Springs Police Department. Per the film's description, Stallworth becomes "determined to make a name for himself" by attempting to "infiltrate and expose" the Ku Klux Klan. With the help of his white colleague Flip Zimmerman (Adam Driver), he works to uncover the inner workings of the hate group and win over the approval of David Duke (played by Topher Grace), the group's then-Grand Wizard.

In an interview with Entertainment Weekly, Washington opened up about the film's relevance today. "The film is a period piece but the subject matter is very familiar," he said. "It has a contemporary rhythm to it, given the dialogue and the subject matter. It’s almost like now we can see how far we’ve come, and this film can maybe help us gauge how the progress is coming along in this country. Are we doing any better, are we opening up conversations, can we have people with different opinions still communicate? That’s what I’m hoping for, too, after seeing this film. We’ve got to start somewhere."

BlacKkKlansman is out on August 10. In the meantime, see the trailer, below.