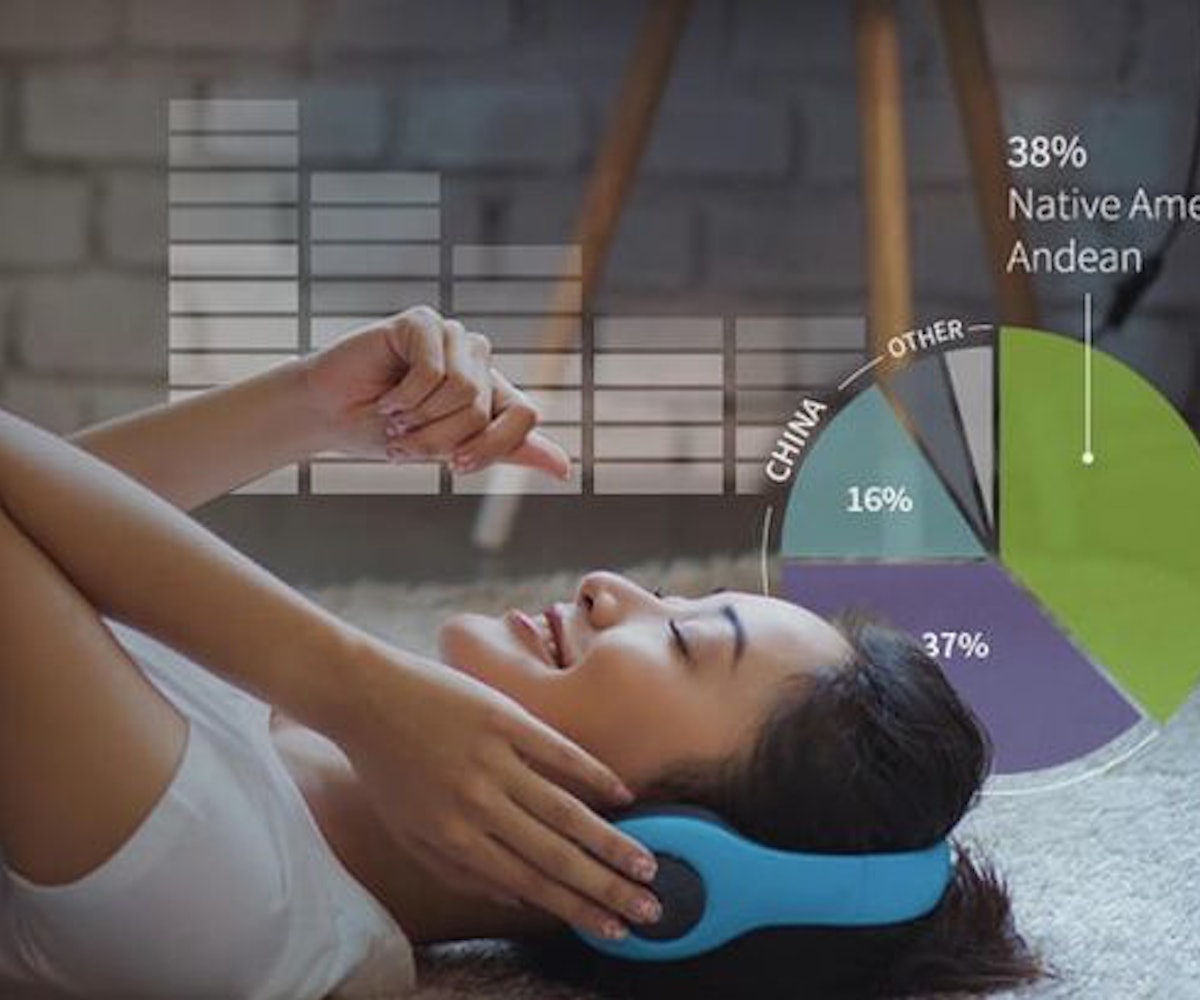 Spotify wants to make sure your playlists are genetically tailored to you. The music streaming service has recently partnered with Ancestry, a genealogy company, to offer playlists based on your DNA. Yeah, you read that right.

Users are now able to input their DNA results into their Spotify accounts, which will then curate playlists based on your ancestors’ geography. And since this feature’s rollout last week, over 10,000 users have forked over their data in the name of personalized playlists. Even if you opt out, or haven’t taken a DNA test, you can still take advantage of a feature which analyzes your listening patterns based on genre, called your “Musical DNA."

This feature is supposed to help Ancestry users better understand their ethnic history through music, giving users the ability to input the different ethnicities and regions that comprise their heritage and then listen to the music from those places. “How do we help people experience their culture and not just read about it?” Vineet Mehra, Ancestry’s executive vice president and chief marketing officer, asked in an interview with Quartz. “Music seemed like an obvious way to do that.”

While the companies claim that the DNA results that users input is “not stored on any server,” there’s still reason to be cautious when handing out your genealogy to tech companies. Has anyone ever seen American Horror Story: Apocalypse? Gattaca? We’re not sold on the idea.