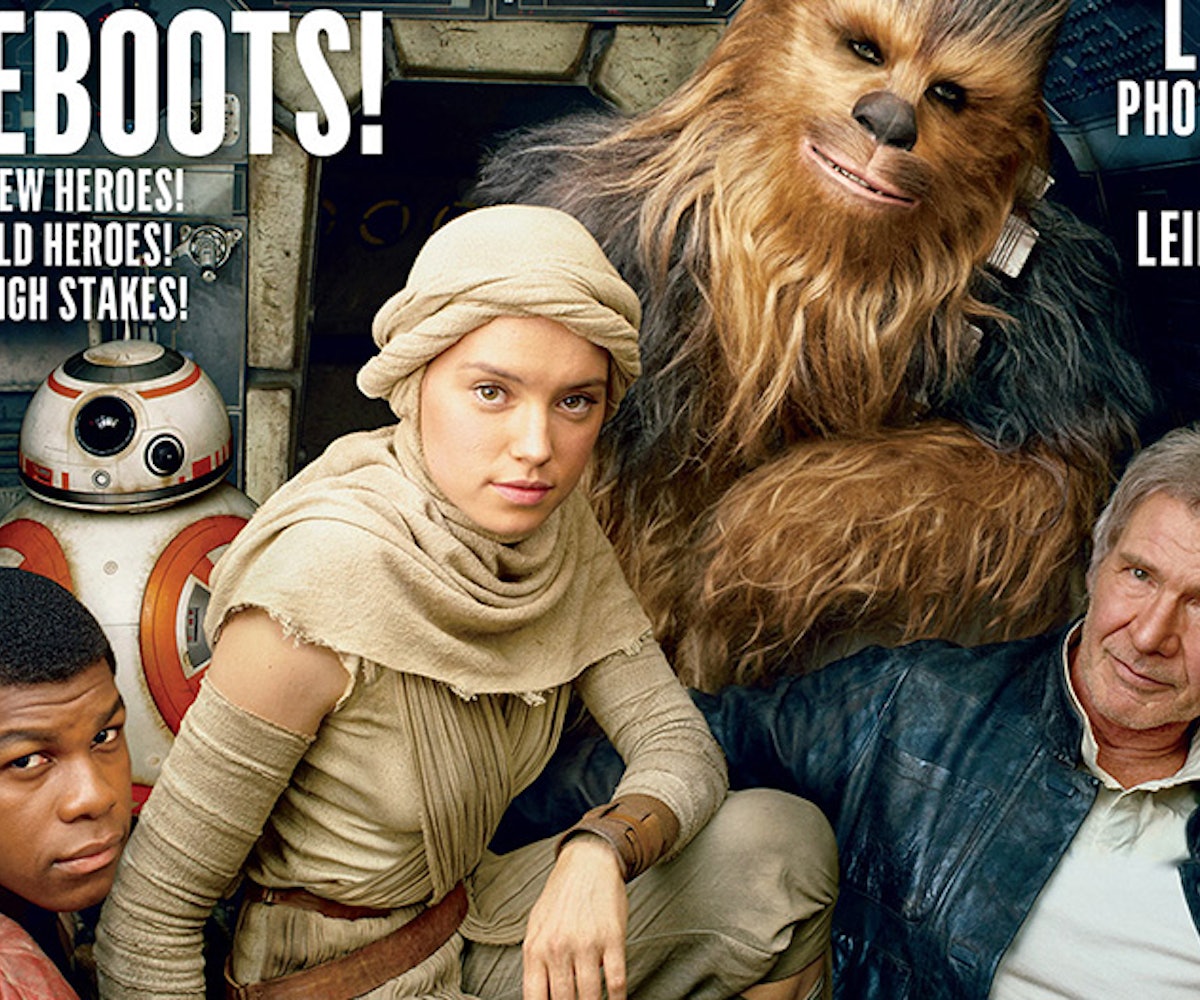 Despite the growing hype surrounding the next chapter in the Star Wars saga, there are still a ton of unknowns. Like, for example, who Adam Driver and Lupita Nyong’o will play. That is, until now: Star Wars: The Force Awakens has gone glossy—way glossy—as characters both seen and never-before-seen grace the pages and cover of Vanity Fair’s new issue.

Shot by famed photographer Annie Leibovitz, fans now have their first look at Adam Driver’s Kylo Ren character. Lupita Nyong’o is shown with her face done up in the tracking dots used to map out her CGI character Maz Kanata. VF also previews Kanata’s pirate crew; whether they’re part of the Resistance (the new generation’s term for Rebel Alliance) or not remains unknown. Oscar Isaac is seen standing on his X-Wing fighter jet, too, looking real good. The full gallery can be viewed here. For a behind the scenes look, check out the video below.