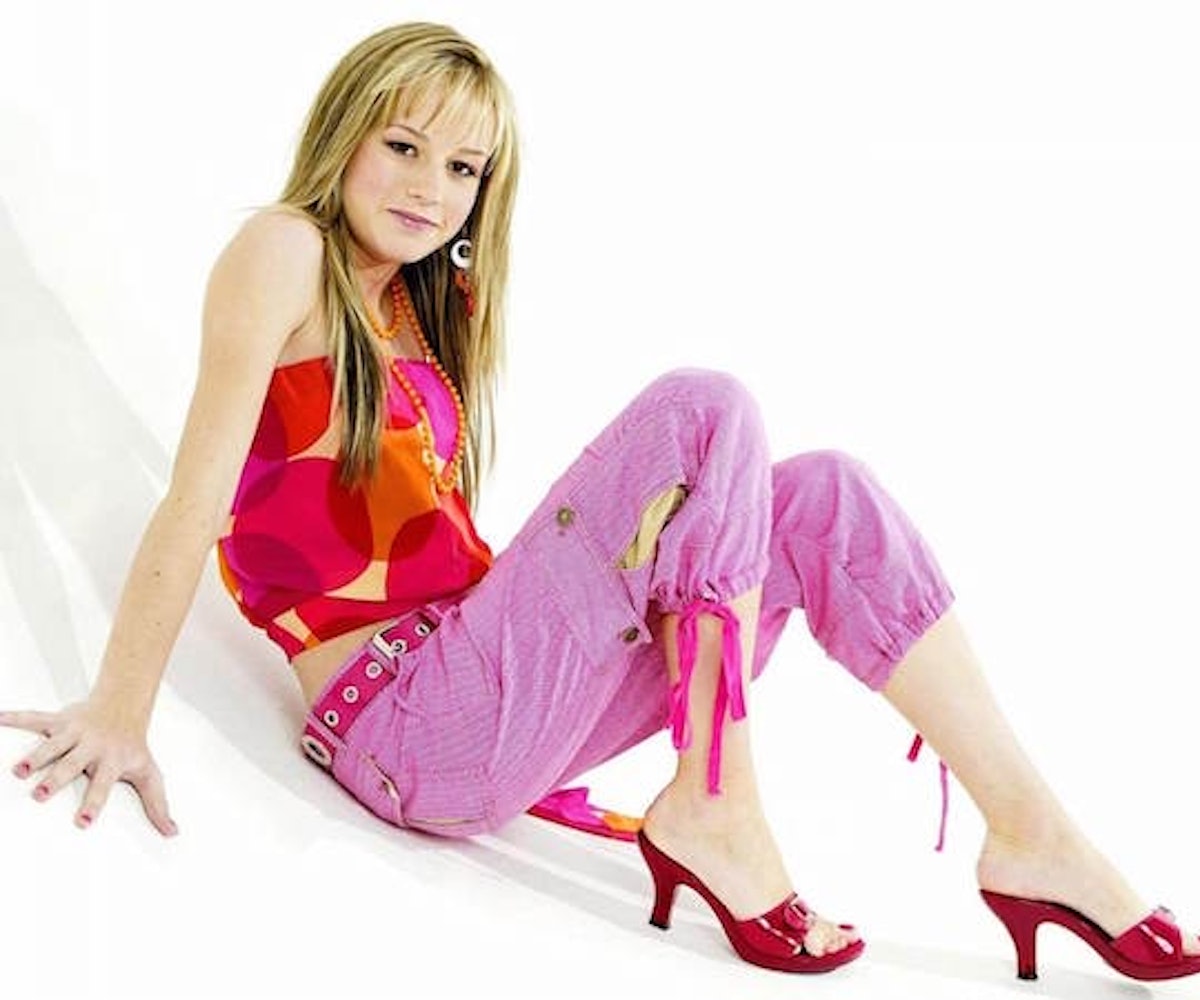 During the buildup to the Oscars, much was made of Brie Larson’s former career as an Avril Lavigne-like pop rocker. Once a forgotten piece of pop ephemera, her 2005 album Finally Out of P.E. and the even poppier career that came before it turned into a talking point and a beautiful (if slightly embarrassing) marker of how far the actor has come, and that we all have odd, smile-inducing corners of our personal histories (though, admittedly, few of us have iTunes entries to go along with them). Yes, she channeled that experience into her amazing performance in Scott Pilgrim vs. the World, but Finally Out of P.E. still hung out there, a candy-flavored skeleton in her closet.

You can see why below.

Now that Larson is, blessedly, your Academy Award winner for Best Actress 2016, we turned our eyes outward, sniffing around to finding the other beautiful actors with shiny, shiny hair who also have buried pop secrets. Guys, they’re out there. And we’re not talking about the Eddie Murphys and Lindsay Lohans of the world, either. Keep your Milla Jovovichs and Ryan Goslings to yourself. These are the true—often embarrassing—surprises. Enjoy and never, ever forget what you see here.

Abbie Cornish? Indeed, friends. Perhaps you didn’t know because the actor records under the name MC Dusk. If that sounds like she’s a rapper that’s because she totally, actually is. Matter of fact, she continues to record as Dusk despite the fact that we can’t even believe what’s happening here. Is it good? Honestly, we can’t tell because our minds are blown. You tell us.

Actually, we knew this one a while ago, but we’re willing to bet that—if you’re not truly plugged in—you didn’t. Yes, Orange Is the New Black's Pennsatucky has a long, long music career of many catchy, edgy pop hits as both a single act and part of the band Boomkat. Oh, and we’re not even going to lie to you, we love her stuff just as we love her. We fully suggest you dig in and report back.

Did we never know about this, or did we just forget? Whatever, Pinkett Smith really did make a full-on legit effort with her early-2000s career with her group Wicked Wisdom. In all honesty here, her voice isn’t bad—too bad the songs are. All things considered, we wouldn’t hate seeing Pinkett Smith on stage with the right tunes. Her attitude is kind of perfect for that world.

Before I Know What You Did Last Summer, before the Ghost Whisperer, there was Let’s Go Bang. May we never forget.

Oh, yes, you probably knew that the genuinely delightful Meester had a gift for music thanks to the lamentably forgotten Country Strong. But did you know that she hasn’t given up on singing? Nor should she—the woman is legit, as is her totally melodramatic albums Heartstrings and Your Love's a Drug. Enjoy and keep an eye open for more from her.

And we have saved the absolute best for last. As a member of the Evanescence-like, nu metal band The Petalstones, Akerman was not only the lead singer but also the wife of the drummer. Alas, as the actor herself admits, she couldn’t sing, which is somewhat problematic when you’re a singer. The era of dramatic nu metal bands passed, her acting career took off, and all we have left is this video and her amazing, amazing wardrobe. For this, we are blessed.