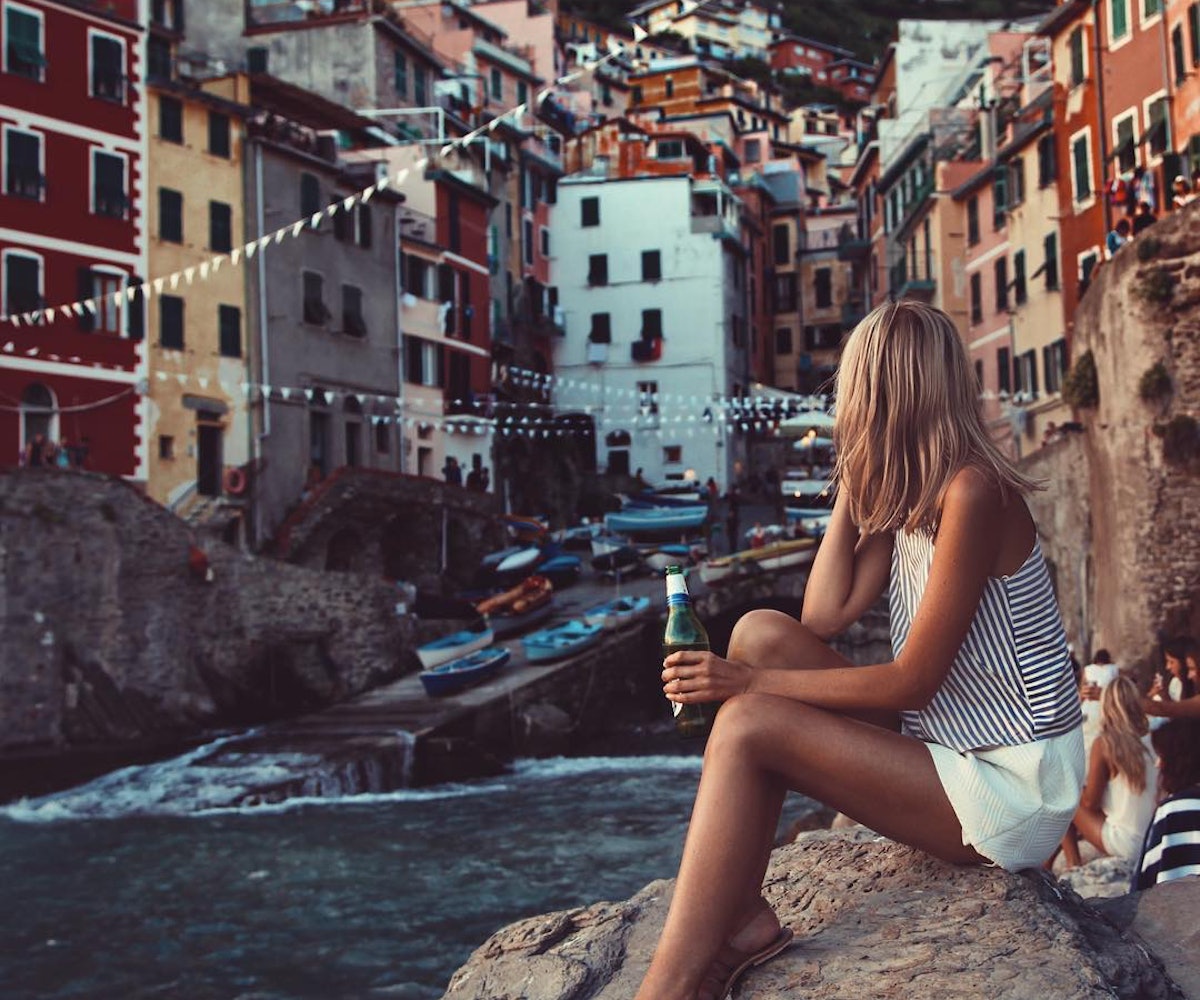 Photo via @tuulavintage Instagram
by The Zoe Report
March 1, 2017

These past couple of weeks (nay, months) have been rough. Just as we’ve begun to process one tragedy, another strikes, and we’ve been dealing with feelings of depression, anxiety, and helplessness as a result. We know we’re not alone in this, as every conversation lately seems to revolve around how bad things are in the world—but there are simple steps we can take to make ourselves (and in turn, others) feel a bit better. Here, seven easy tactics for remaining positive when circumstances seem to be conspiring against your inner peace and happiness.

Yes, racial tensions in America are high, terrorism is seemingly without end and leaving the house no matter where you live feels unpredictable and risky. But if you take a closer look at the news, these horrific tragedies always lead to moments in which humanity redeems itself. Pick one such moment each day and celebrate it. This technique, adapted from one lauded in the book Meet Your Happy Chemicals, should increase dopamine production in the brain.

This exercise is also helpful in reducing the anxiety-inducing cortisol flooding your system. As humans, we easily imagine a world that's better than the one in which we live, and this makes us unhappy. Focusing on the positives of our current reality, however, can reduce anxiety and promote happiness. After all, certain moments of upheaval actually effect change that will make the world better for our kids, and many aspects of society are in better shape now than they were back when we were young. It's just never easy to get there.

This sounds crazy, we know, but we're taking inspiration from advice that if you spend just 10 minutes a day working toward a large and impossible-seeming goal, you'll feel happier. Feelings of helplessness can lead to despair, yet how can we as individuals do anything to effect real change? It's overwhelming.

Instead of looking at it this way, spend 10 minutes a day on bettering the world in whatever way makes sense for you. Write an unexpected "love" letter to a friend, colleague or even someone you don't know well but just admire. Sign up to volunteer anywhere. Invite a group of friends to dinner who don't know one another and come from different backgrounds, so they can meet and mingle and dissolve the constructs we've built around anyone we label "other." Play Free Rice, a trivia game that donates rice each time you get an answer correct. It doesn't have to be a hugely meaningful contribution, but it will make you feel less helpless.

Trust releases oxytocin, which makes us happier, so it follows that when we're feeling distrustful of others, we feel less happy. In Los Angeles, for example, a series of events called Days of Dialogue aims to bring the community together for conversations about racial tensions. Such activities are meant to rebuild trust, and we highly recommend you seek them out in your own community as a way of bonding with those who surround you every day. Another simple way to increase your oxytocin? Hug someone.

We recently heard a story on NPR about U.S.-based refugees' children, who spoke about how no matter how big they feel their problems are, their parents always remind them of how bad things would be if they hadn't come to the United States. This is an annoying habit, from the perspective of the children, that has the not-so-annoying side effect of making them feel happier overall about their circumstances.

We're going to borrow it. Yes, it's necessary not to ignore all the things that are wrong with the world today if we have any hope of fixing them; however, it's also important to remember that it could be worse, particularly for those lucky enough to be born in the U.S.

Exercise releases endorphins that make us feel better. For best results, you should vary your workout routine. We suggest stepping outside your comfort zone exercise-wise at least once a week. In the process, you'll expand your mind and expose yourself to new people, both of which are healthy means for enabling tolerance.

Studies have shown that mindful meditation reduces symptoms in people with generalized anxiety disorder. (As an added benefit, it's also got anti-aging benefits.)

If you're fatigued by your negative newsfeed, you're not alone. The creators of Springpop designed the app to give you a safe, happy space in which to explore your interests. All content within the app has a positive spin, and its curators give you five new motivational posts daily. We love that you can also easily save posts within your feed to read later, a feature we utilize constantly for a late-afternoon pick-me-up.