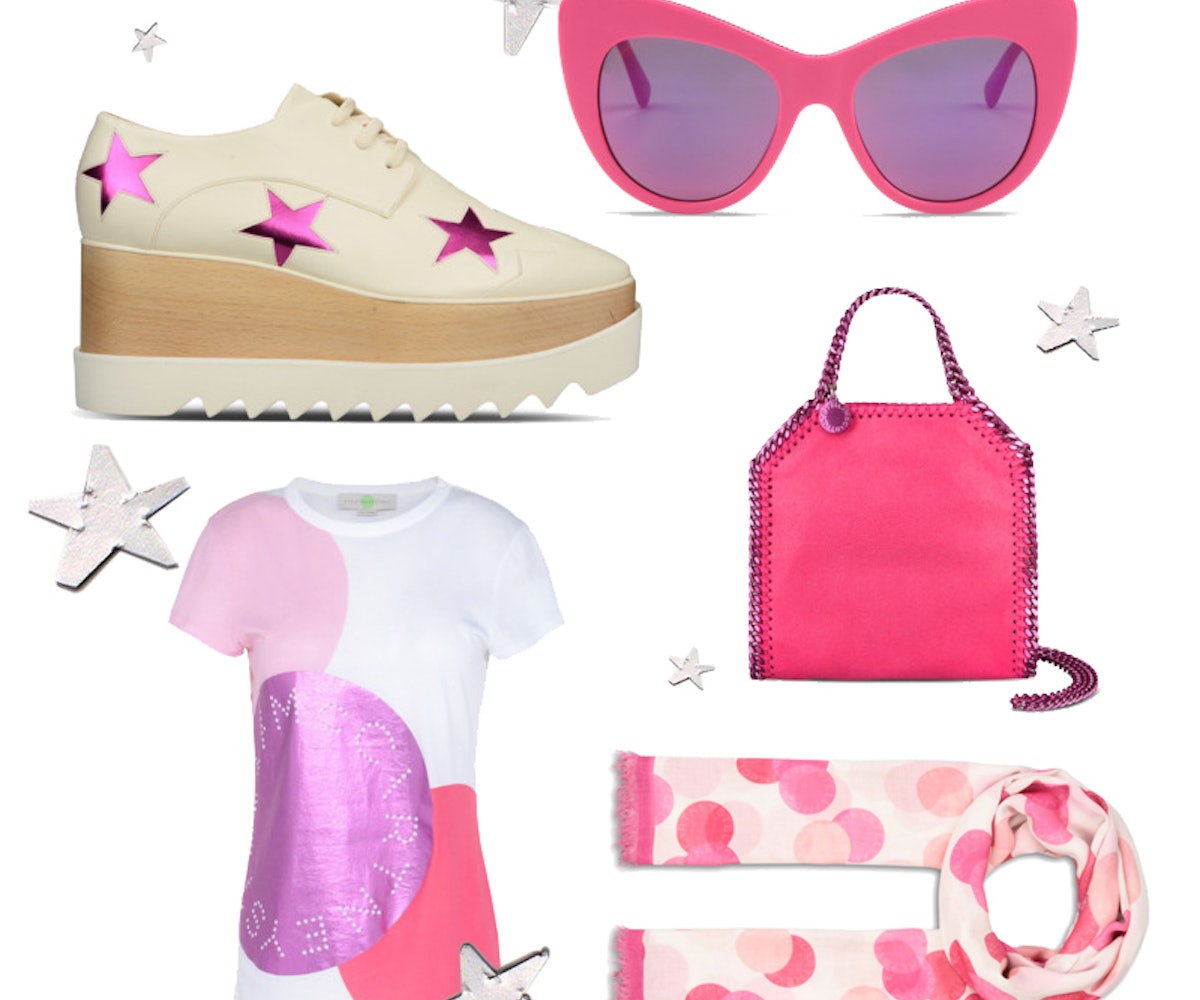 From rose gold to blush to the brightest of fuchsias, pink has always a cheerful, staple color for the warmer months of the year. However, pink was seen on just about every fall runway this past Fashion Week, proving it’s become a mature, all-year-round must-have. While still a joyous color, it’s certainly grown up from its typically younger, Barbie-esque reputation.

For Stella McCartney’s latest scent, POP, the designer featured a number of our favorite ladies in the campaign. Grimes, Lourdes Leon (offspring of Madonna), Kenya Kinski-Jones, and Amandla Stenberg are all featured wearing some form of the shade (whether it be their clothing, hair, or an electric guitar) while the campaign itself sends the positive message of self-love and being true to yourself.

To supplement POP, the designer put out a brand-new capsule collection that’s, you guessed it, entirely pink. The collection ranges from $165 to $1,100 and consists of a T-shirt, a vegan leather tote, a scarf, sunnies (talk about looking at the world through rose-colored glasses), two keychains, and a pair of her signature platforms covered in hot pink metallic stars. The pieces are just as cheerful and happy as the ad campaign itself.

Click through the gallery below to take a closer look at the candy-colored new capsule collection.