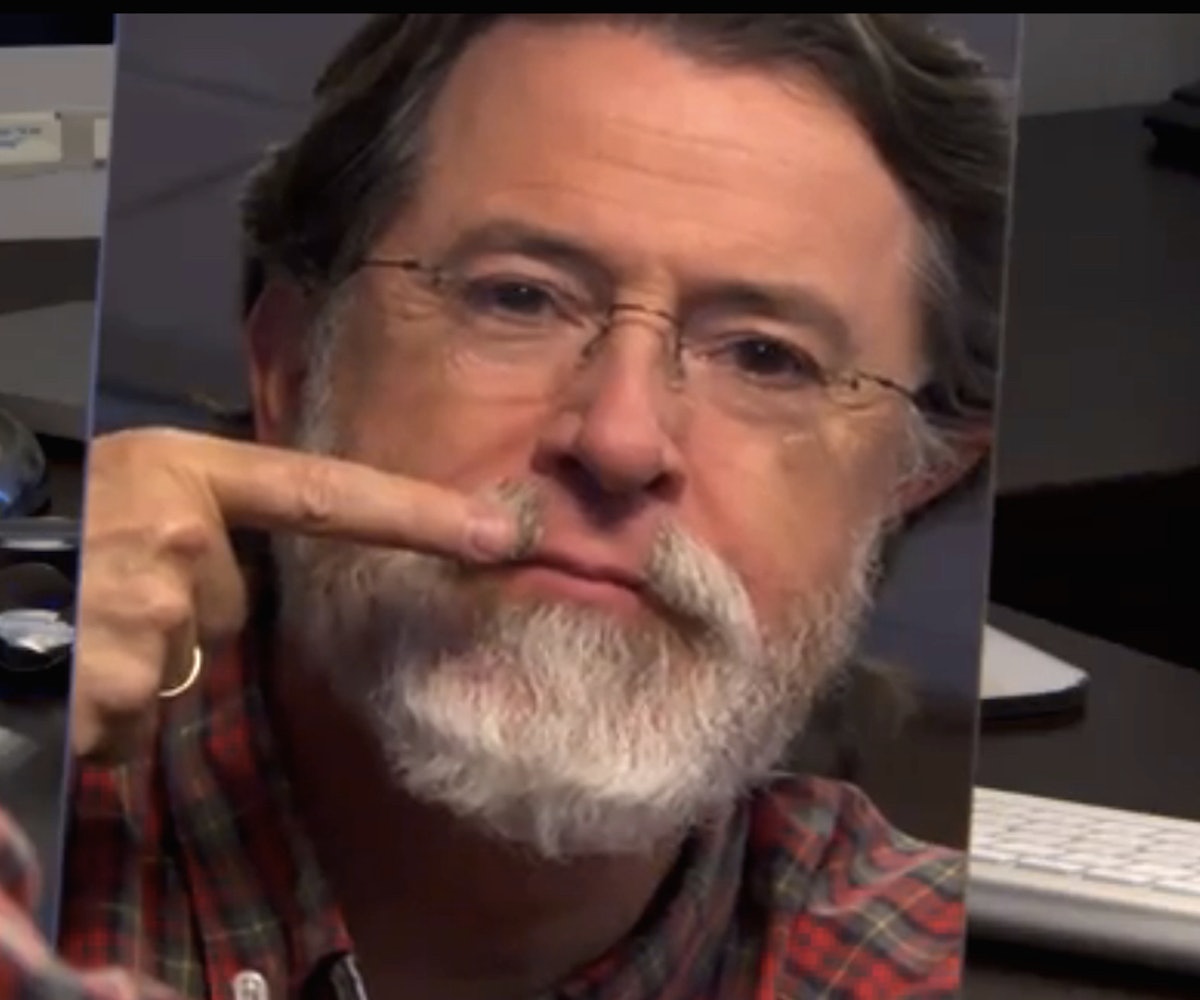 Today, just two weeks after David Letterman’s final Late Show bow, we get this first inkling of what Colbert will be like as the new host. Thankfully, New Stephen is not all that different from Classic Stephen.

Sporting the “Colbeard” that—as he correctly notes—burned the internet to the ground, the once and future host has more fun with a trimmer and a mirror than perhaps anyone should. After sporting a few different styles (we're partial to the "Half Wolverine"), he returns to his familiar, fresh-faced self. It’s a great bit, even if it only fractionally satisfies our Colbert yen.