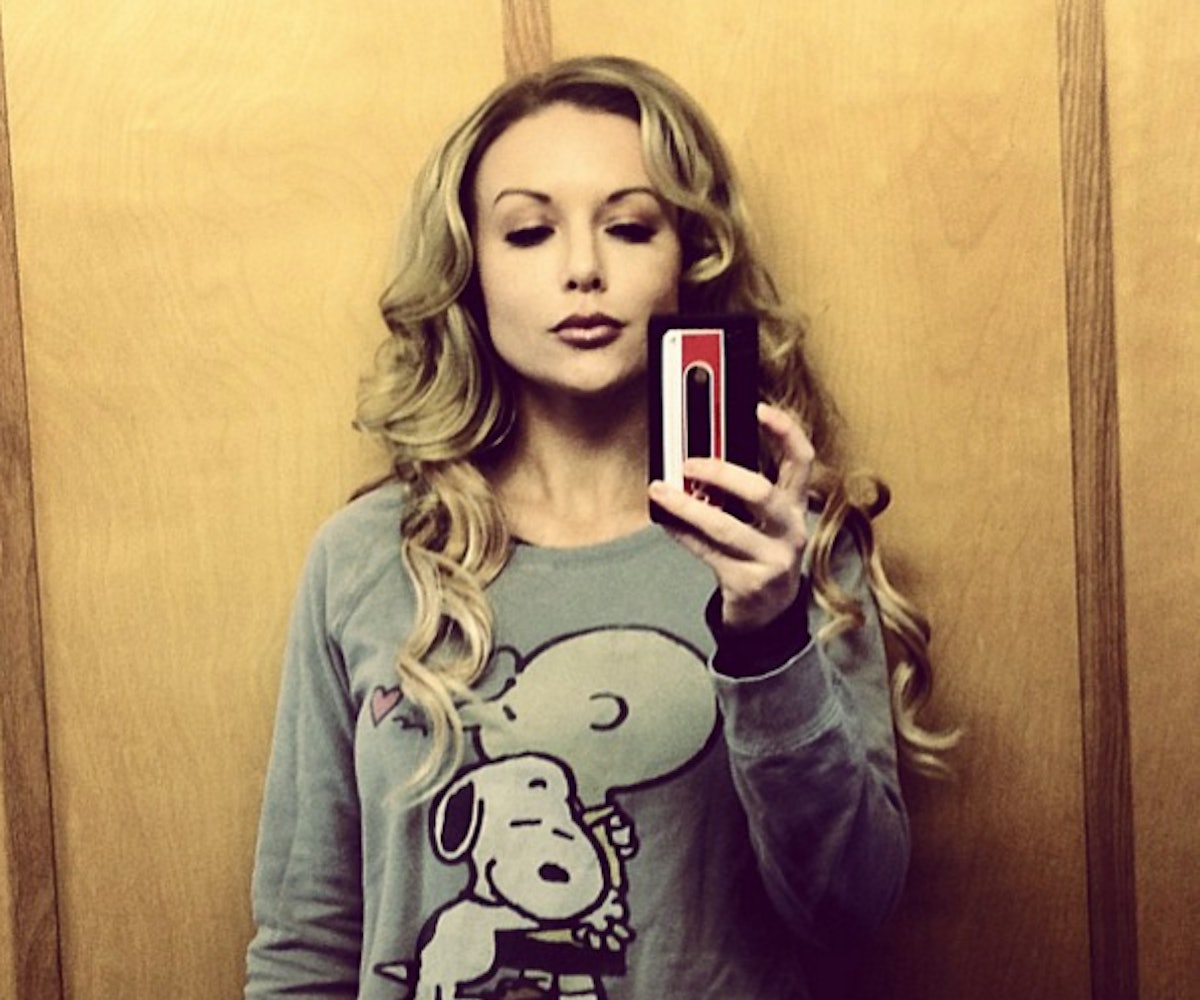 It is hard for me to imagine a world in which you are reading this blog and are unfamiliar with the Internet storm surrounding the now multiple allegations made against James Deen. According to the long list of email inquiries from major press stations around the world, I have been “outspoken” about my support of Stoya. This claim, likely, can be attributed to my first response, which read, “I support Stoya.”

And I do. I harbor resounding amounts of support for Stoya that sort of well up inside of me. This is one of my general modes of being and has not changed one way or the other in light of this story breaking. I supported Stoya way back before there was a James Deen, back when we were all just trying to make our names in the industry and he was one of so many guys who had a charming smile and the required anatomy. Sure, James Deen really managed to pull out a hat trick in his rise from the new guy just trying to up his game to the household name we know today, but Stoya was always Stoya. She was always quick to defend her industry, quick to call out its flaws, careful in her word choice, and more than anything, conscientious of the messages she was sending with every career choice, every film, every photo set, wardrobe item, lipstick shade, and, most importantly, every article that she wrote. She understood from the beginning that she was representing the underrepresented sex worker.

I’ve known for quite some time about the night that Stoya is referring to in her claim. It is hard to phrase what happened correctly. “Claim” implies that there is still burden of proof, as does “allegation”, “story”, “account” and the like. I see a lot of people throwing in their two cents on the story, and a common sentiment is “innocent until proven guilty”. Well, that’s the thing with rape. Rape happens in the shadows. It happens absent of witnesses, and it happens in much the same fashion as sex, making the differences subtle to the outside eye. Also, all of these terms—burden of proof, innocent until proven guilty, allegations, etc—those are all terms for the criminal court system. No one is standing in a criminal court right now. We are standing in the court of public opinion. People want to know why Stoya didn’t take this to the police. Well, I’ll tell you why. Like many of the women who are only now coming forward, she never meant to say anything. When she discussed what happened with me, she weighed the pros and cons. There are a lot of cons to bringing a rape incident to light. There are even more for a sex worker. For a glaring example of how sex workers are treated within the court system, consider the case in 2007 under Philadelphia judge Teresa Carr Deni, who reduced the charges of a man and his friends—who were proven to have gang-raped a prostitute at gunpoint—simply to “Theft of Services.” All charges for sexual assault against the victim were dropped. Factor in now the fact that Stoya has always been and continues to be a defender of sex workers, and of her specific line of work, which is pornography. Already our industry battles the constant din of claims that the women, simply by showing up to work, are victims. Already we battle the claims that porn is rape, that consent is questionable, that no woman given a fair choice would engage in it. Stoya knew that if she were to name one man who did, in fact, violate consent, then the entire industry would be assumed to be complicit. Factor in now the position she found herself in, wherein the man in question was the industry’s poster child. In tailored GQ fashion he passed from one microphone to the next preaching the same story about trust and consent to all who would listen. When she chose to stay quiet on the matter, Stoya did it with the same thoughtfulness and careful consideration with which she makes all of her decisions.

That is, until last week, when something triggered her and she couldn’t stay quiet any longer. This was the single item in the pro column when she weighed her choices way back when. She could finally unload it.

I had no more notice that this was going to go public than anyone else. I found out like the rest of you, when I walked into the office to check on the dailies on TRENCHCOATx and saw the tweets just sitting there burning up my timeline. Immediately criticism followed about the videos we have hosted on TRENCHCOATx. The fact is this news about James is news to the public, but not news to us. We took this into consideration back when we were building the site. While we made the decision back then not to hire him going forward, we can’t undo the fact that he is featured in some of the scenes that Stoya directed during their relationship. We also can’t undo the fact that some of our licensors have shot James in their own projects. He is an able and popular performer. Stoya considered not releasing any of the content that she owned that featured James, but it was content that, if taken away from the whole, would have harmed the project that is her directorial debut. Graphic Depictions is a project that Stoya poured her savings, her creative energy, and some of her best work into. It is the cornerstone project of our site and the sort of content that we hope to continue to bring to TRENCHCOATx for years to come. I won’t let him take that from her. He cashed those checks and made his choices. This project will always belong to Stoya regardless of his actions. There are scenes that he also cashed checks for that Stoya has never released because she, as a woman, can’t stomach them. This is done solely at her discretion though. We have also given our licensors the option to remove scenes featuring him or continue to run them on TRENCHCOATx, but we extend the same right to them that we have protected for ourselves. The most recent scene featured on TRENCHCOATx does feature James. Our scheduling is slated months in advance and it’s admittedly bad timing that it happened to go live now, but our licensor stands behind it, and so we do too. This is also a movie filmed back in 2013, and also a scene that, if deleted, will ruin the project as a whole.

You too, as a consumer, can choose what you stand behind. The most recent update featuring James on TRENCHCOATx has been one of our worst performing updates since we launched. This is not a reflection of the licensor, as that content is typically some of our most popular. This is a reflection of the consumer.

And yes, I support Stoya. I will continue to support her as she navigates the attention that her story has generated. I suppose you can quote me on that, if you haven’t already.