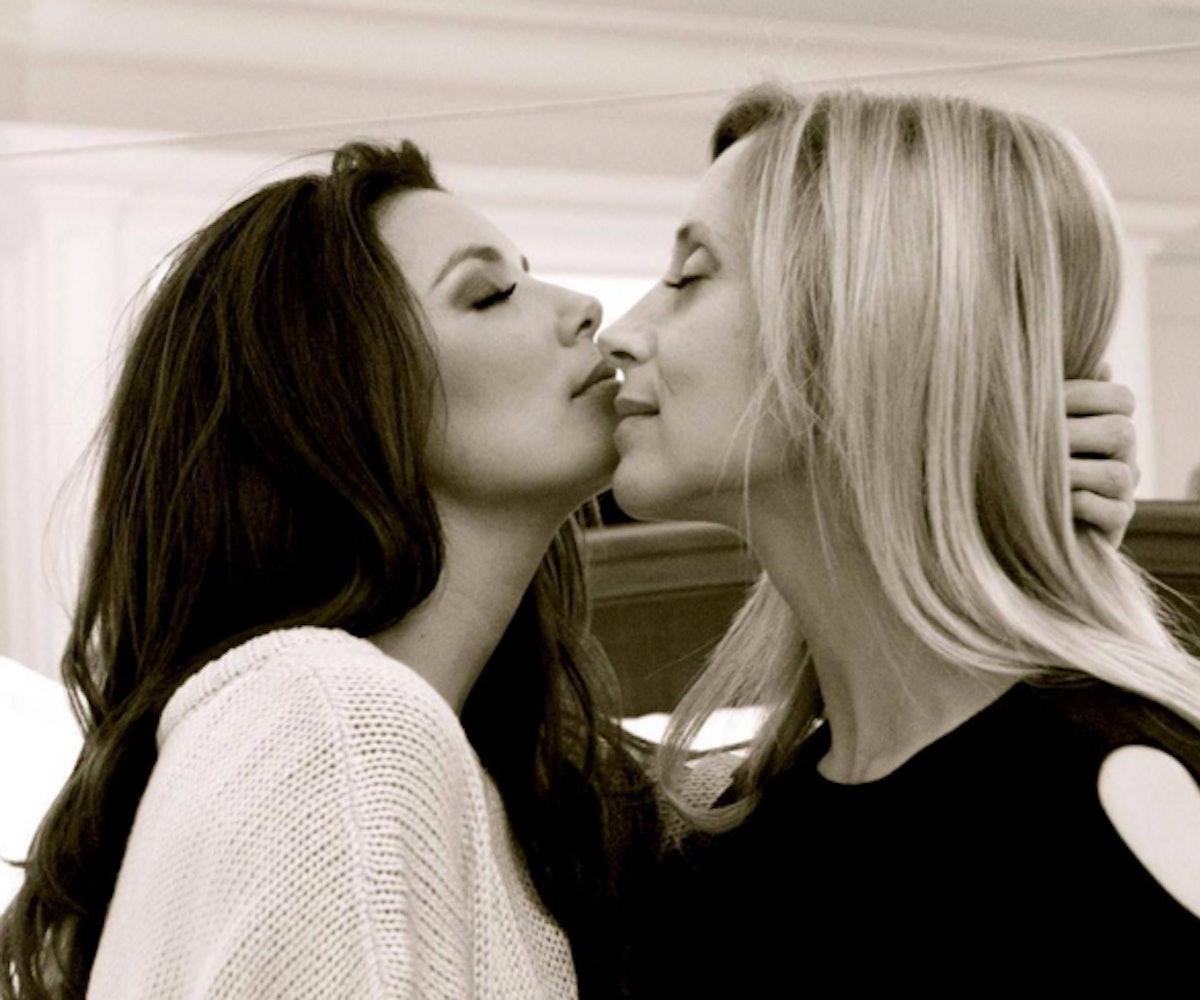 French photographer Olivier Ciappa has been photographing couples for a few years now. His subjects are mainly homosexual, but recently, his shots of celebrities posing as homosexual couples have started circulating. The series is called Imaginary Couples, and according to Ciappa’s website, aims to spread “peace and unity.” Its “love is love” motivations are all well and good, but its execution doesn’t move the needle.

Ciappa gave his reasoning behind photographing heterosexual celebrities to the Huffington Post: “It was essential to me that you would believe these imaginary couples and families they portray were real.” He went on to say he would have failed if audiences “couldn’t identify with their love and feel it was real.” The photos are beautiful, there’s no denying that. The sepia tone isn’t off-putting or gimmicky, but the series—specifically the celebrity-driven ones—comes off as insincere.

While it does drive home the point that love knows no gender, it raises the question of why we need straight people playing gay to fight homophobia. It’s wonderful seeing straight allies come together to stand up against injustices, but had Ciappa cast more recognizable actors (aside from Eva Longoria), the point may have been driven further home. Most people will look at these celebrity photos and infer that what they are looking at are gay couples because they don’t know who the celebrities are. That’s part of Ciappa’s point; along with the celebrity photos are portraits of real gay couples. Seeing somewhat-famous straight people play gay as a means to relate to the LGBT community is not progress. It’s not anything really. It doesn't further the movement nor does it really detract. It just exists. They’re beautiful, slightly provocative images with a big heart beating behind it. There is no doubt audiences who live in areas where the LGBT community is not as supported as it is here in the States will have a more visceral response to them, and it’s because of that reason Imaginary Couples shines. But if you’re going to ask audiences to imagine straight celebrities in homosexual relationships, cast more than one recognizable face.