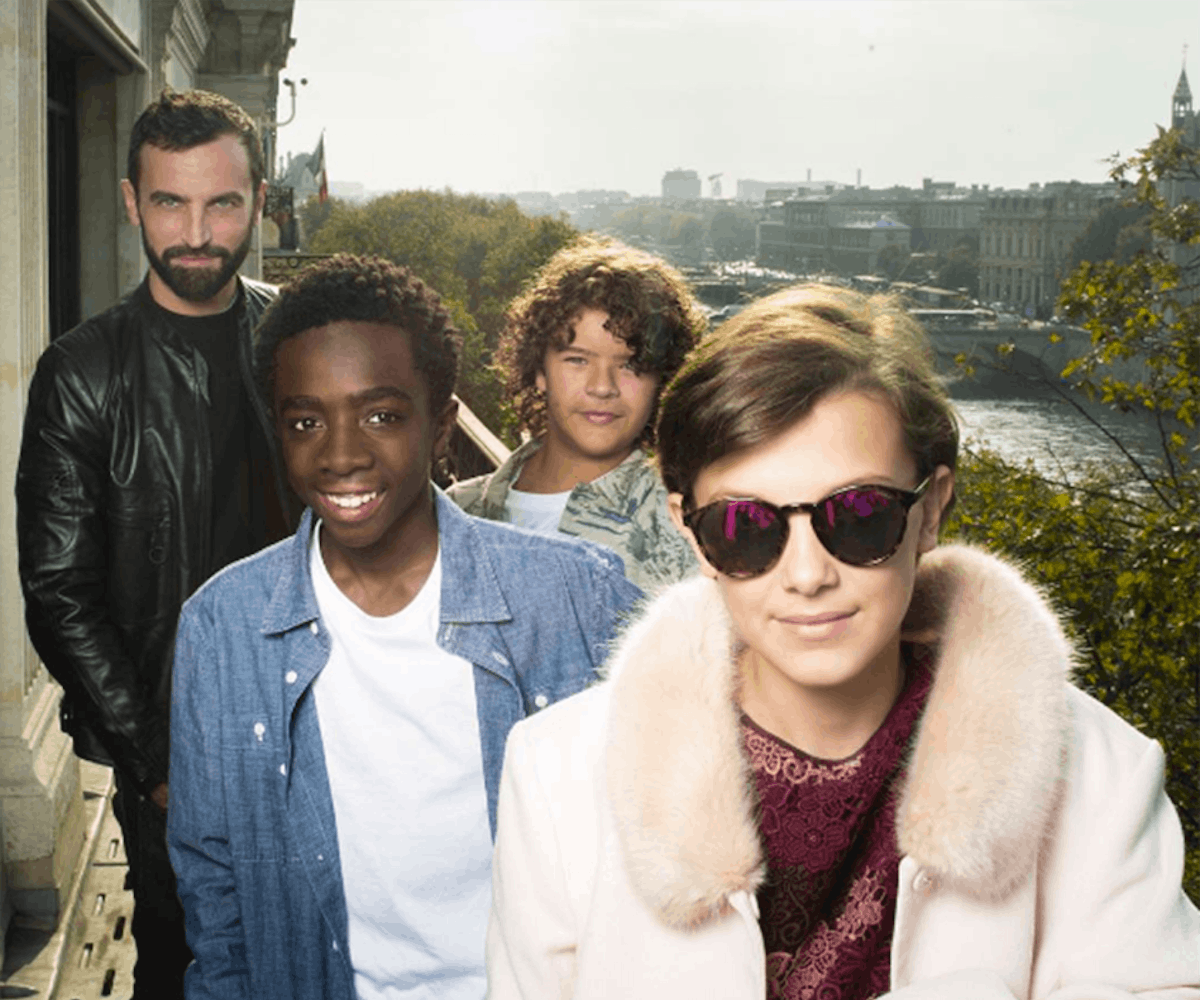 The kids of Stranger Things have officially won the hearts of pretty much everyone—including the fashion world. Millie Bobby Brown, Caleb McLaughlin, and Gaten Matarazzo joined Nicolas Ghesquière for a tour of Louis Vuitton headquarters ahead of Paris Fashion Week—and they're hinting that they’ve joined forces for a special project.

The French luxury house shared an image from the young actors’ visit, but creative director Ghesquière was much more revealing (though still very, very vague). He captioned a group shot, saying, “Such a fun day and exciting project coming up thanks to all of you guys.”

So, what is the project? Could the plot line of Stranger Things season two focus on Eleven’s sudden rise as a fashion It-girl? Could Louis Vuitton’s next campaign star the fresh-faced actors? Could the show’s ’80s wardrobe be replaced with high-end designer duds? Is Winona in the know? Winona is probably in the know.

Millie Bobby Brown seems on the rise to become a fashion darling, attending Coach’s show at New York Fashion Week, rocking a pixie cut like no other, and now, wearing the most amazing coat in Paris. She’s destined to nab a campaign sooner rather than later.

Whatever it may be, though, we are left with one haunting, resounding question: what about Barb?