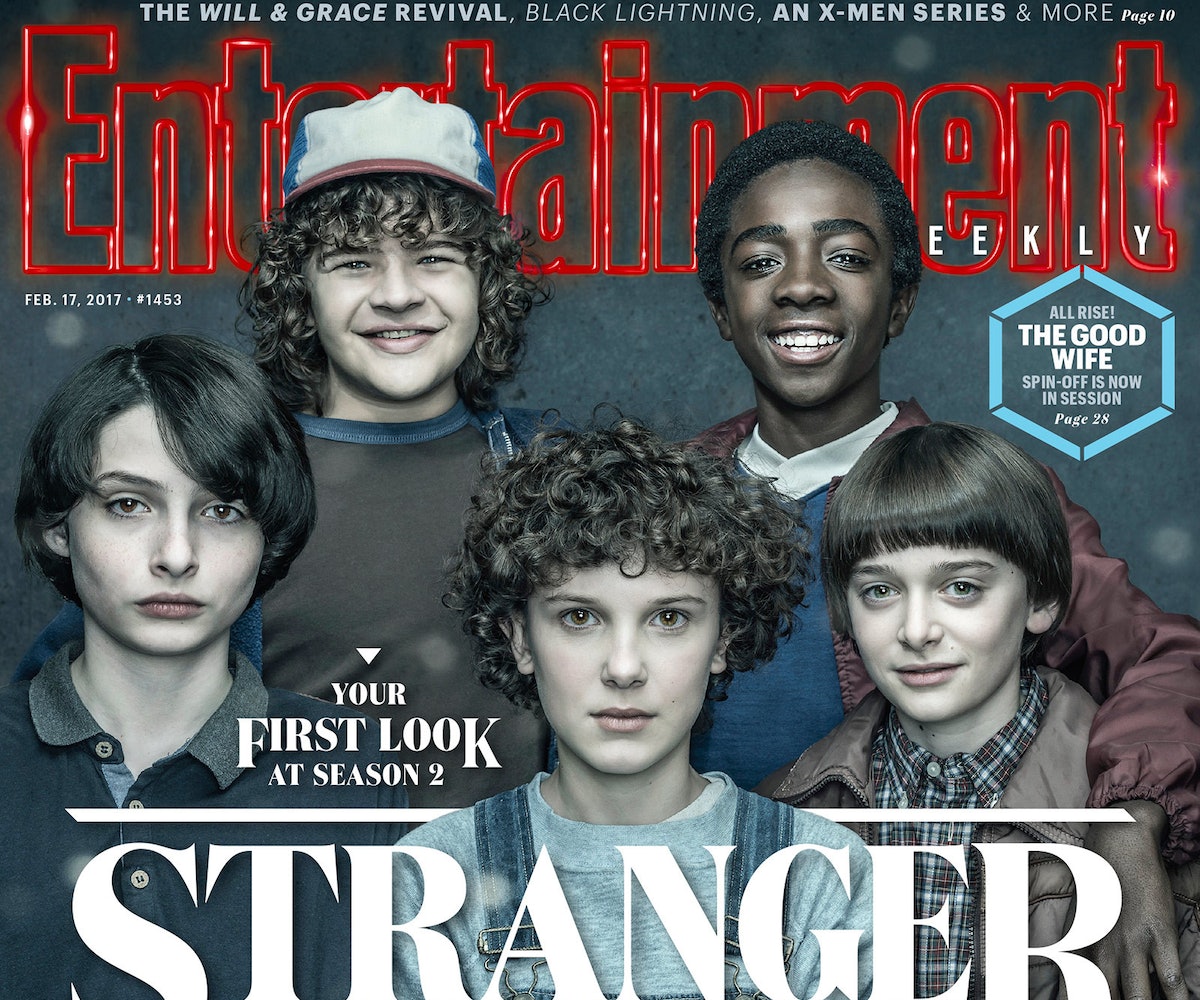 The promotional push for season two of Stranger Things is officially in full swing. After stealing the Super Bowl with its tantalizing first teaser, the brains behind Netflix's juggernaut hit spoke to Entertainment Weekly for a new cover story that reveals more juicy details about what fans can expect from the show's hotly anticipated second season.

The question on most people's minds is how does the show live up to the impossible expectations set by season one which, as star David Harbour said, "permeated the culture" in 2016. "That is the new challenge of season two: quieting the cultural noise that surrounds our show,” explained executive producer Shawn Levy.

Ross Duffer, one-half of the sibling duo behind Stranger Things, elaborated on what he and his brother tried to accomplish with season two. "It’s a balance of the comfort you’re familiar with but then trying to take it in new directions,” he said. “That’s what we’re trying to strike with season 2.”

As for how the cast is dealing with their newfound fame, well, let's let breakout star Millie Bobby Brown explain how her life has changed since the show's 2016 premiere. "I went to Manila last year; there were people camping outside the hotel, crying, and literally hyperventilating," Brown told the magazine. "I was like, ‘Why do you like me so much? I’m just boring old Millie.'"

Not anymore, you ain't. Check out season two of Stranger Things when it hits Netflix on October 31.