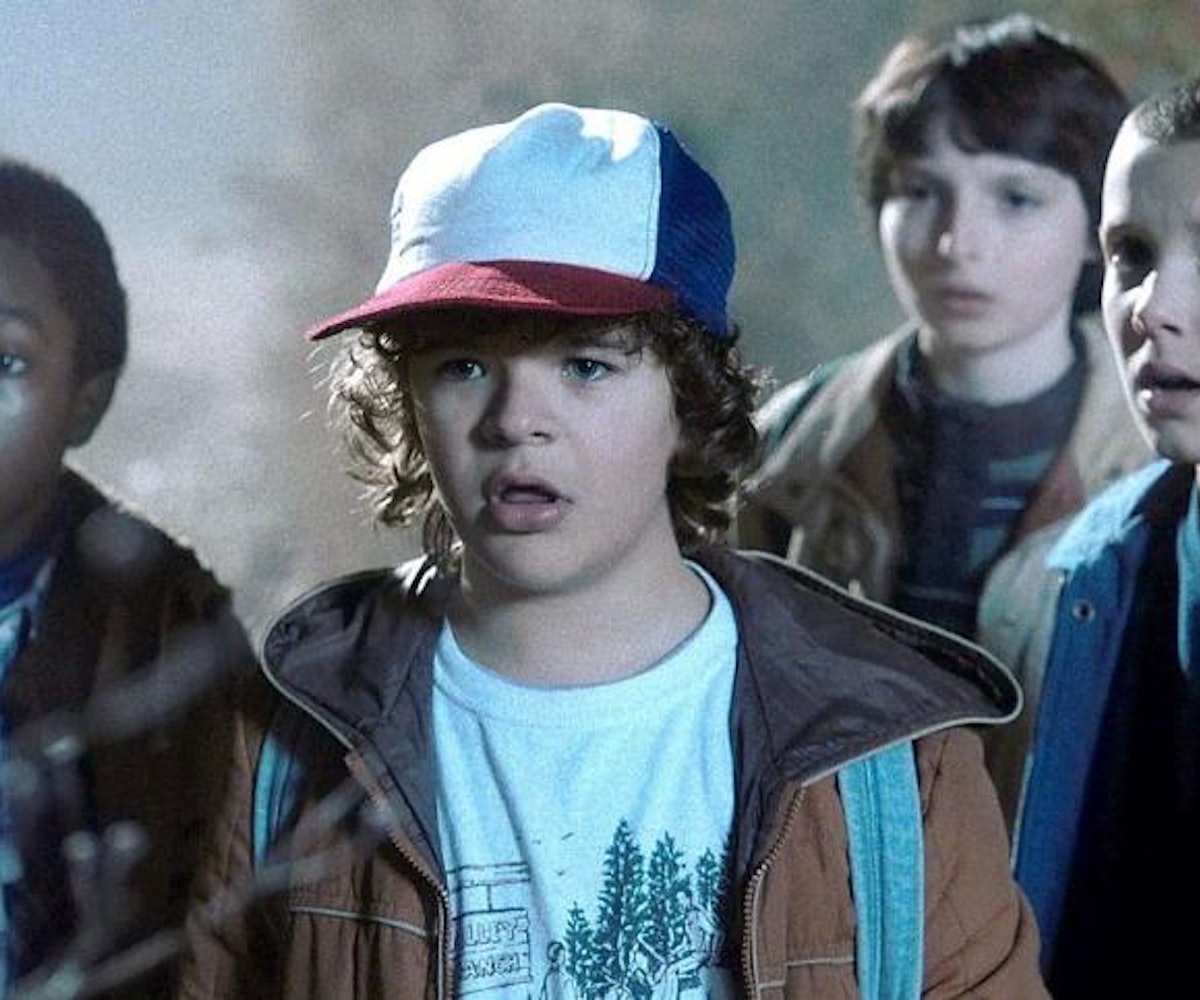 It kind of feels like the Stranger Things hysteria never ended. The first season of the breakout Netflix show was the biggest surprise of last year, and with the second season upon us, it's very clear that the thirst for more episodes is very real. Take, for instance, the fact that we've been promised our first look at Season 2 during Sunday's Super Bowl.

And, for those of you who can't wait until Sunday, Entertainment Weekly has you covered. We officially have our first look at the show's ultra-popular young crew of kids. If season one's nostalgia factor wasn't enough, well, get a load of this. In our first look at the hotly anticipated second season, the child actors you fell in love with are all dressed like Ghostbusters. So if you thought the show's creators would go easy on the nostalgia factor, well, think again.

Check out the first look at Season 2 of Stranger Things below.

NEXT UP
Culture
Phoebe Dynevor Will Not Return for Bridgerton Season 3
Culture
Succession Season 4 Trailer Explodes With Family Drama
Beauty
11 Aquarius-Inspired Nail Art Ideas For the Unpredictable Season
Beauty
No One Does #PamCore Beauty Better Than Pamela Anderson, Herself
Style + Culture, delivered straight to your inbox.