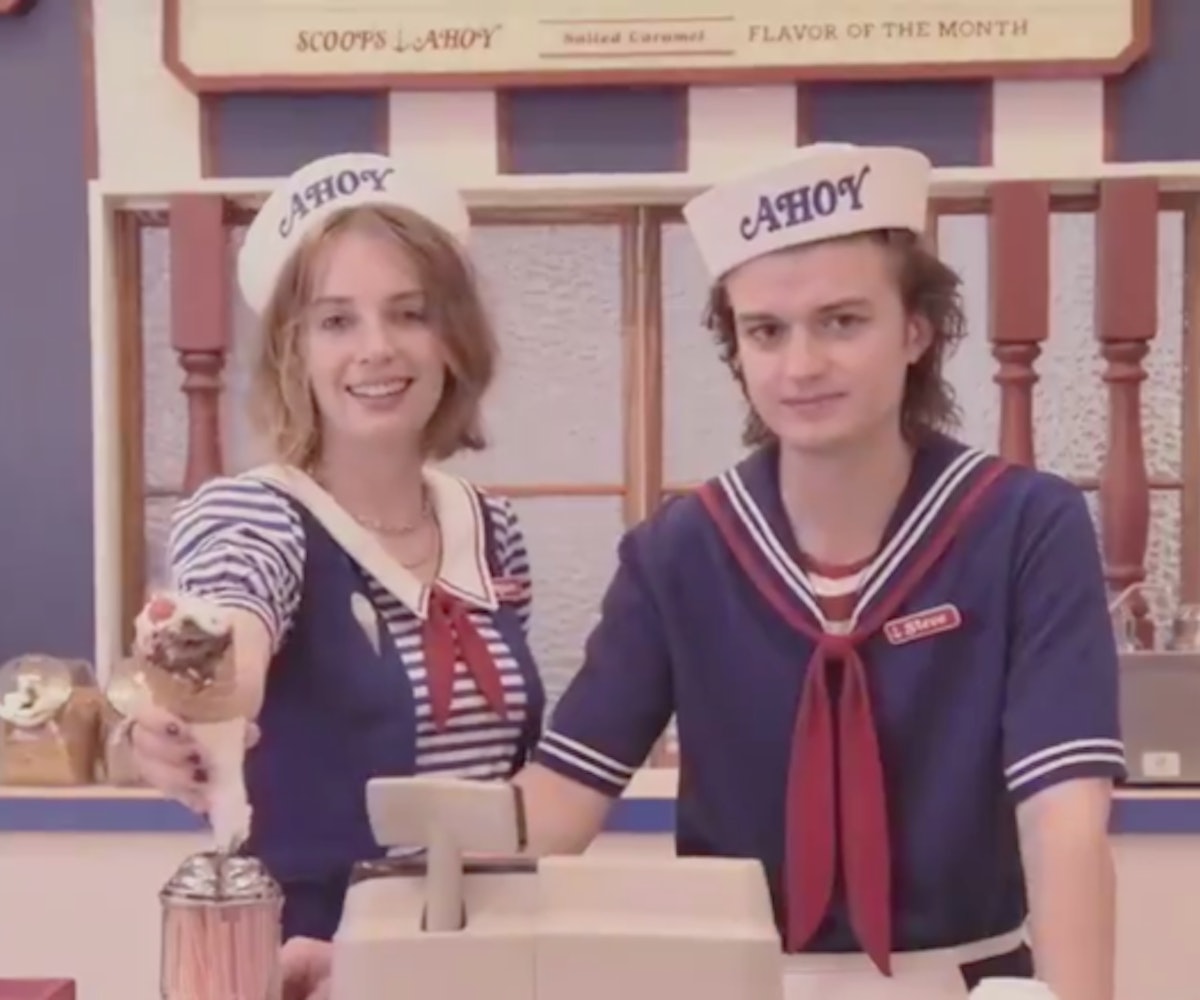 Season 3 of Stranger Things is supposed to be the darkest season yet—at least according to director-producer Shawn Levy and actor David Harbour—but what we’re seeing says the opposite. The show has officially begun advertising the third season with a teaser video posted to the series’ Twitter account, and it’s very '80s. The showrunners may have snuck in a hint about when the new season will be released, too.

The video is masked as an advertisement for the new Starcourt Mall, which is coming to Hawkins, Indiana, “next summer.” Fans are speculating that this might mean the release date for the upcoming season is summer 2019, which makes sense since the show has been filming for a few weeks now. Starcourt Mall is depicted as The Place™ for teens to hang out after school and on weekends and name-drops some gone but not forgotten retail stores (RIP Woolworth and Sam Goody). A super-old-school Claire's also makes an appearance, which throws us way back to our own childhoods.

It’s not just a random plug for a retro mall, it seems. Steve makes a cameo at the end of the "commercial," working at an ice cream shop called Scoops Ahoy in the mall’s food court—in a sailor uniform, no less. We’re also introduced to a new character: his co-worker Robin, played by Maya Hawke.

With an entire trailer devoted to this mall, we’re wondering if maybe this will be the place where all the promised darkness goes down? No way to know until (hopefully) summer 2019. Check out the teaser for yourself, below.