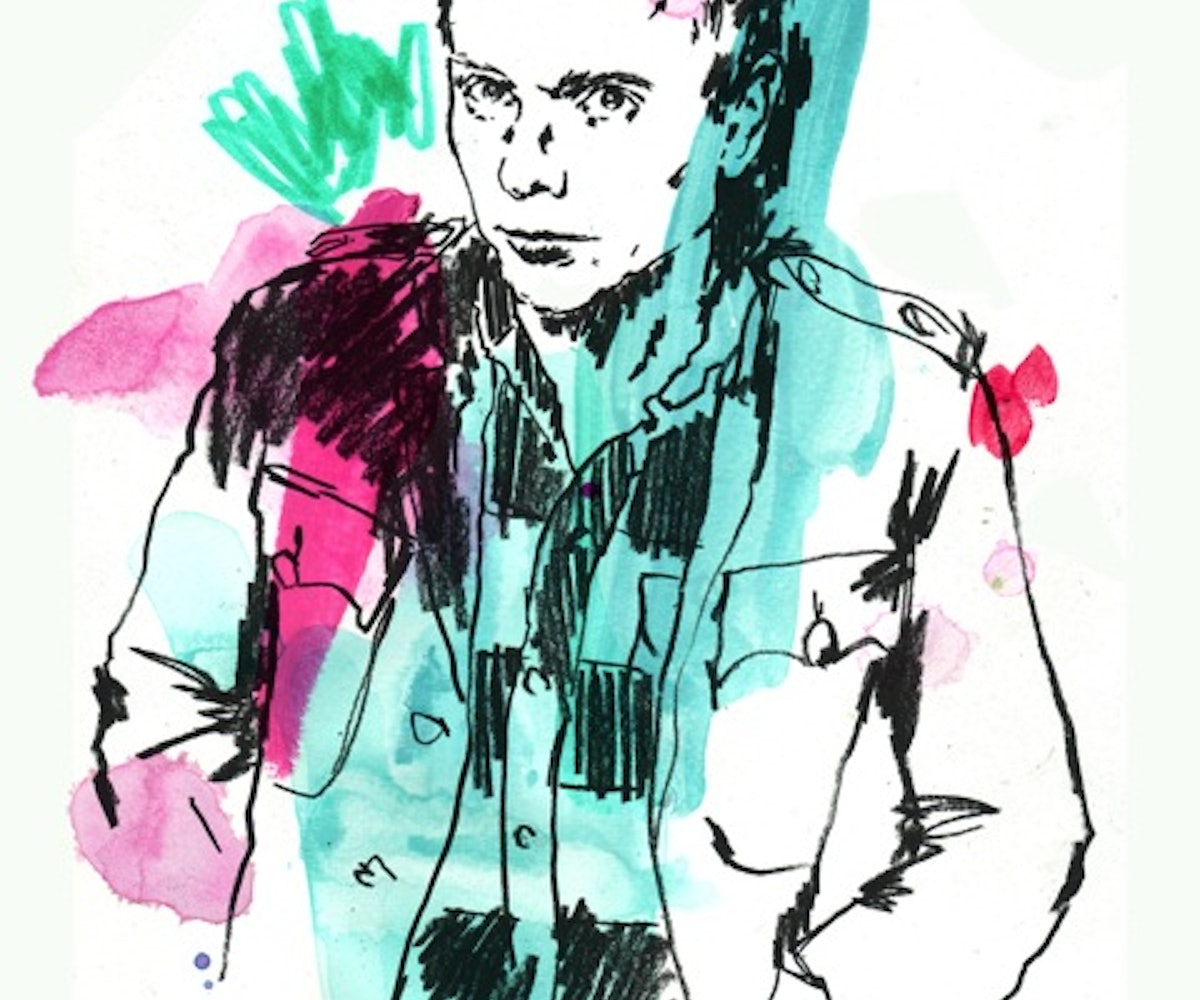 For nearly 20 years, Belle and Sebastian’s Stuart Murdoch has penned twee tunes about coquettish gals, lovesick boys, and the mischief that results when they meet. His new film, God Help the Girl, which he wrote and directed, follows Eve (Emily Browning) and James (Olly Alexander), two sensitive souls in Glasgow who start a band and dance around the possibility of falling in love. Coming five years after a record of the same name, the film is magical realism for the college-radio set.

God Help the Girl, the album, came out in 2009, and now the film is hitting theaters. Were they conceived in parallel?

They were running on parallel tracks. It just so happened that I completed the music first, and I think that was because I knew what to do with the music. I also wanted to record the music first because I thought, in a practical way, that

the album might be able to attract some funding for the film.

James is sensitive to a fault—maybe too sweet to get the girl. Did you have anyone in mind when you conceived his character?

I wrote a story called “Belle and Sebastian” before the group came together, and the boy was called Sebastian, but he was a James-type character. In a sense, he morphed out of the people I used to see in the ’90s. There were a lot of kids in Glasgow like James. When I started writing, the characters were very much complete. I didn’t have to think about what they were going to say. I just knew.

The movie also felt like a love letter to music.

I always have an opinion about music, and I liked the idea that James would be this slightly snobby, know-it-all guy. For Eve, though, music was like a ghost that came into her, like the spirit that took over her.

The ending was wistful, melancholy, and perhaps a little hopeful. Did you ever feel like everyone should just live happily ever after?

I remember Bob [Kildea, guitarist in Belle and Sebastian] was asking me how the film was going. I told him it was going well, and he said, “Well, it better bloody not have a happy ending!” I think Bob knew the power of the melancholy ending.

*This article originally appeared in the NYLON September 2014 issue.