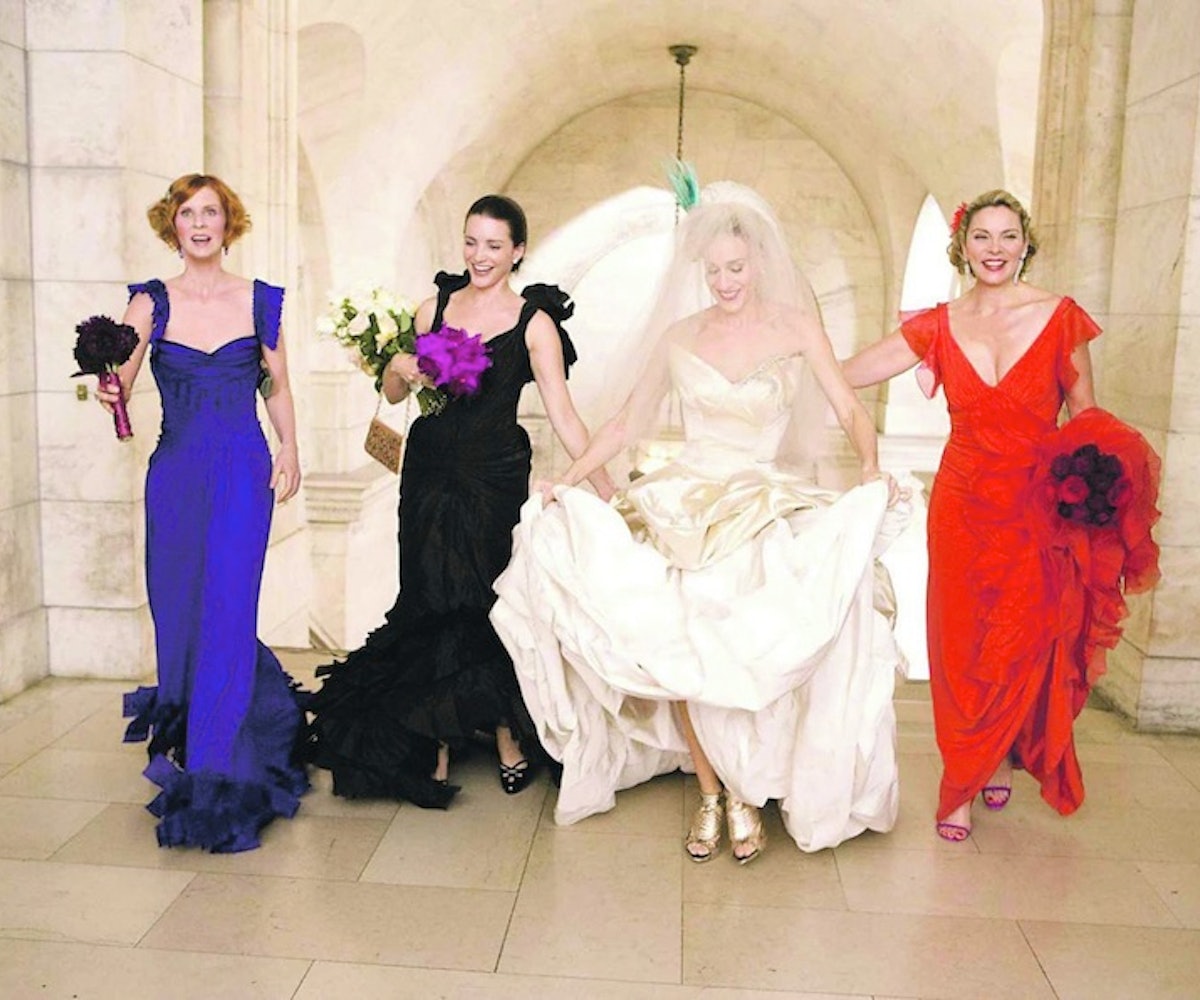 photo courtesy of hbo
by meredith alloway
May 16, 2015

That’s right, wedding season is here ya’ll. When spring rolls around, there’s a surplus of receptions, ceremonies, and random couples taking pictures in the park. But don’t start to blame your inadequate Tinder skills or tendency to stay in on Saturday nights for being single. An Upshot study has found another source for your empty ring finger.

Yesterday, The New York Times published the study, executed by a team of Harvard economists. The findings uncovered correlations between where a person grows up and their chances of marriage. It observes a person’s likelihood of "putting a ring on it" by the time they’re 26. And, fair warning, if you’re from the New York area, you should probably start an OKCupid account like, now.

Out of America’s 50 largest counties, the top five that dissuade marriage are in the New York area. Other cities that do the same include New Orleans (apparently nothing says single more than gambling, booze, and beads), San Francisco (always been about free love, right?), and Washington (it’s always raining).

Another thing to note in the study is the correlation between one's political inclinations and marital status. The more Republican a county is, the more it encourages marriage. If you’re one of those people that grew up with George W. Bush signs in your neighbors’ yards, you’re chances of being coupled up increase. If they were Al Gore, Bill Clinton or most recently Obama, you might want take your friend up on that blind date, if you're into that.

Although the study showed that small towns and less populated regions also encourage marriage, we don’t think this means living in a big city is a dying-alone-destiny. If you grew up in a town where there are three eligible bachelors, it’s clearer that you have a 25% chance of ending up alone. In New York, when you sit next to a hot dude on the subway multiple times a day, that percentage appears much more low. Although the study shows that growing up in a liberal, densely populated region may encourage single life; it doesn’t mean it’s your fate. There’s a reason why people flee their small towns for the big city—it’s a chance to break free from those hometown statistics and redefine yourself on your own terms.