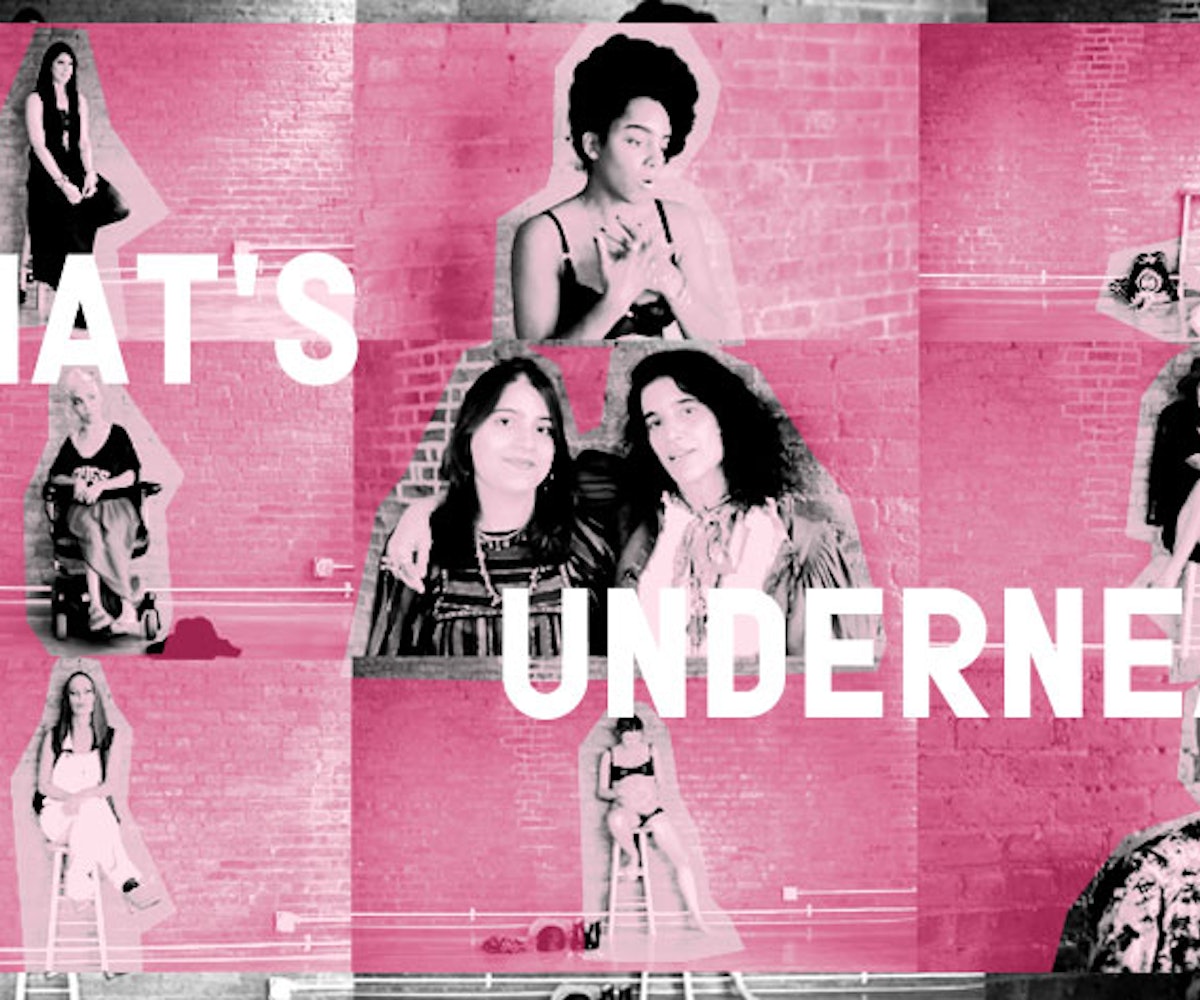 If you've never seen one of StyleLikeU's videos, an evocative series called What's Underneath, we recommend grabbing a box of tissues and reserving a few hours to watch every single one. The series features people from all different backgrounds (usually a recognizable face from the fashion industry) and sets out to prove that their style and beauty come from within—by having each subject take their clothes off while talking about the experiences that have shaped them.

The format of What's Underneath is simple: Each one features a subject on a stool answering questions asked from behind the camera, taking off an item of clothing every few minutes. As the subject becomes less and less clothed, they also open up more, revealing their painful challenges and inspiring triumphs. Every person has a story, from battling eating disorders to facing racism. It's a poignant way to personalize the ideology behind the series: Self-acceptance comes from the bravery to live in a world where you might not fit the standard of beauty.

Based on the viral success of the videos, the creators—mother/daughter duo Elisa Goodkind and Lily Mandelbaum who head up the influentail closet-stalking site—are setting out to make a full-length documentary called I Am What's Underneath, that "strips us down to open us up." It'll follow the filmmakers as they travel across the world to uncover stories and promote their mission. They're still in the fundraising stage, with the help of a recently launched Kickstarter campaign, and will be accepting donations until December 20. We really hope this documentary gets the funding it needs: We can all learn, and heal, from listening to other people's stories about how they've come to love themselves despite oppositional forces.