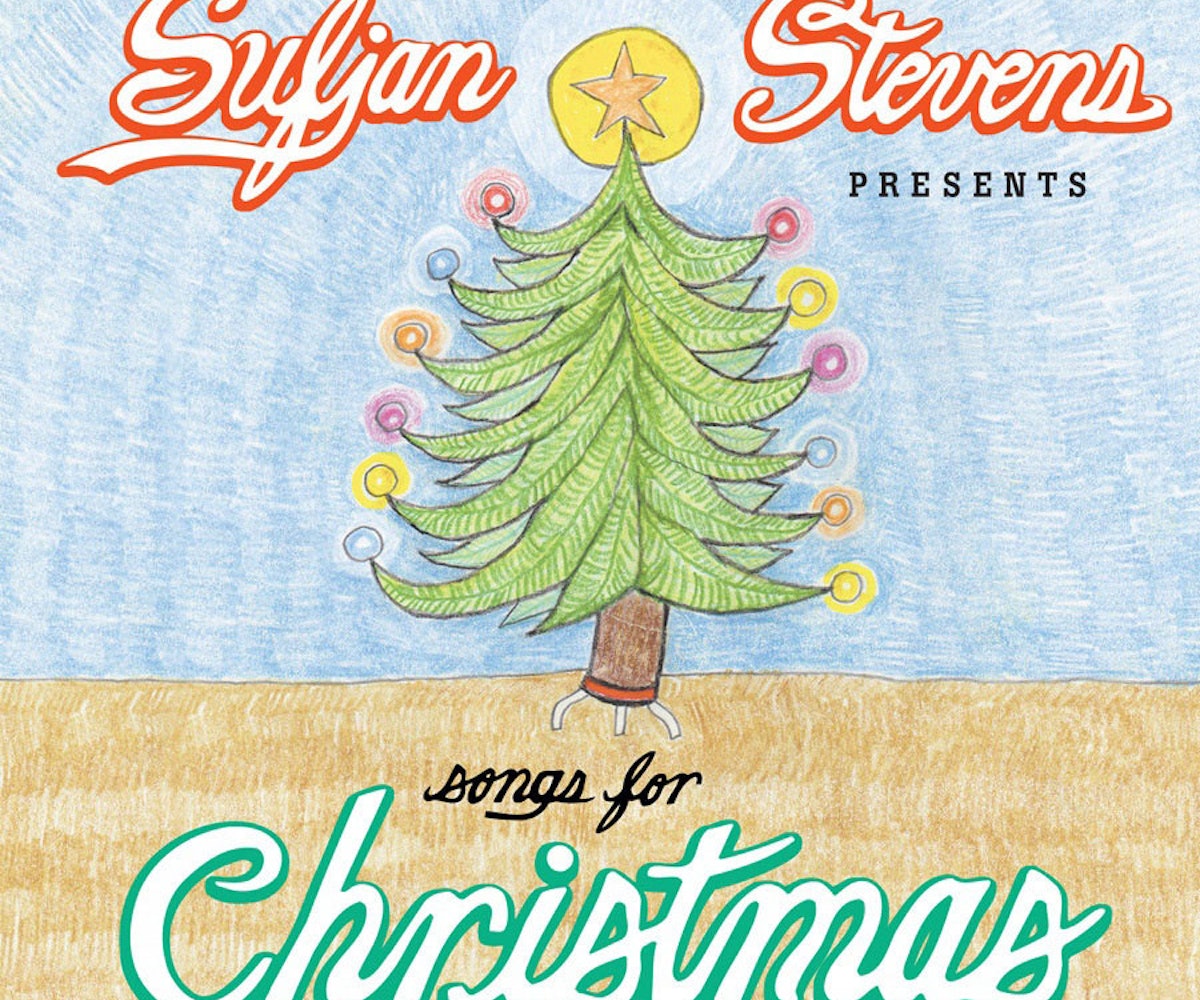 As far as holiday albums go, you're never going to find one as peculiar as Sufjan Stevens' Songs For Christmas. The expansive five-disc project (and its 2012 follow-up, Silver & Gold) subverts traditional expectations of the genre while still delivering the warmth most holiday albums wont to do. It's a textured collection of seasonal classics and Stevens originals that are both joyful and a little mournful. The 10 years that have passed since its release have not stopped it from polarizing audiences. You either love it, or you don't. But, in a season dominated by electric guitar renditions of "The Nutcracker Suite" and old-school crooners, Sufjan Stevens' Songs For Christmas remains one of the most refreshing holiday albums, ever.

I was first introduced to Stevens while driving through the countryside in central New York. A song of his came on one of my friend's mix CDs, and I was hooked. Popular music was just beginning to be infiltrated by quirky indie acts and college radio was moving mainstream, and my pop-punk heart was intrigued. My friend graciously burned me each and every one of Stevens' albums, including the holiday ones. Come Christmas, I interrupted my parents' constant rotation of Jim Brickman's The Gift and Mannheim Steamroller with Songs For Christmas.

At first, no one said anything. I felt authentic and decidedly hip. Another holiday season goes by and no one says anything about Stevens filling our house. Another season, same thing. Then one night, while we were setting up for dinner, my dad said, "Let's not listen to that weird shit you're always playing." The shock I felt was akin to when I found out most people outside of my suburban bubble did not enjoy Dave Matthews Band. How could anyone not like Songs For Christmas? There's a song about boogying to the elf dance, for Pete's sake! Sure, it exists way out in left field, but it's got charm, it's got heart, and it's got joy. It's melancholy, but it's nostalgic; a timeless piece of holiday cheer for the Xanga-turned-MySpace generation. It's fucking great from its out-of-tune choirs to its blinking chimes, all the way down to the brilliantly sorrowful tune, "Sister Winter."

Songs For Christmas is really five holiday EPs recorded by Stevens over five years (2001 to 2006). It's so earnest in its delivery that irony has no place in its world. Stevens' take on Christmas classics, like "Come Thou Fount of Every Blessing" and "O Holy Night," are twee but not annoyingly so. It's coffee shop fodder for the hipster soul. If that's cliche, then so be it. It's 2016: Disinterest and being "above it" does not fly anymore. A famine of sincere work has plagued our culture at large. Stevens' ambitious holiday album touts songs like "That Was The Worst Christmas Ever!" and "Did I Make You Cry On Christmas Day? (Well, You Deserved It)." Do you expect the Trans-Siberian Orchestra to be as audacious in its irreverence? No. Stevens' Songs For Christmas exists in a world of its own, imaginative and pure. And, after a miserable year like this, its coziness is welcome. "Let's be glad/ Even if the year's been bad/ There are presents to be had/ A promotion for your dad," he sings on "It's Christmas Let's Be Glad." If you say so, high prince of indie expression. If you say so.