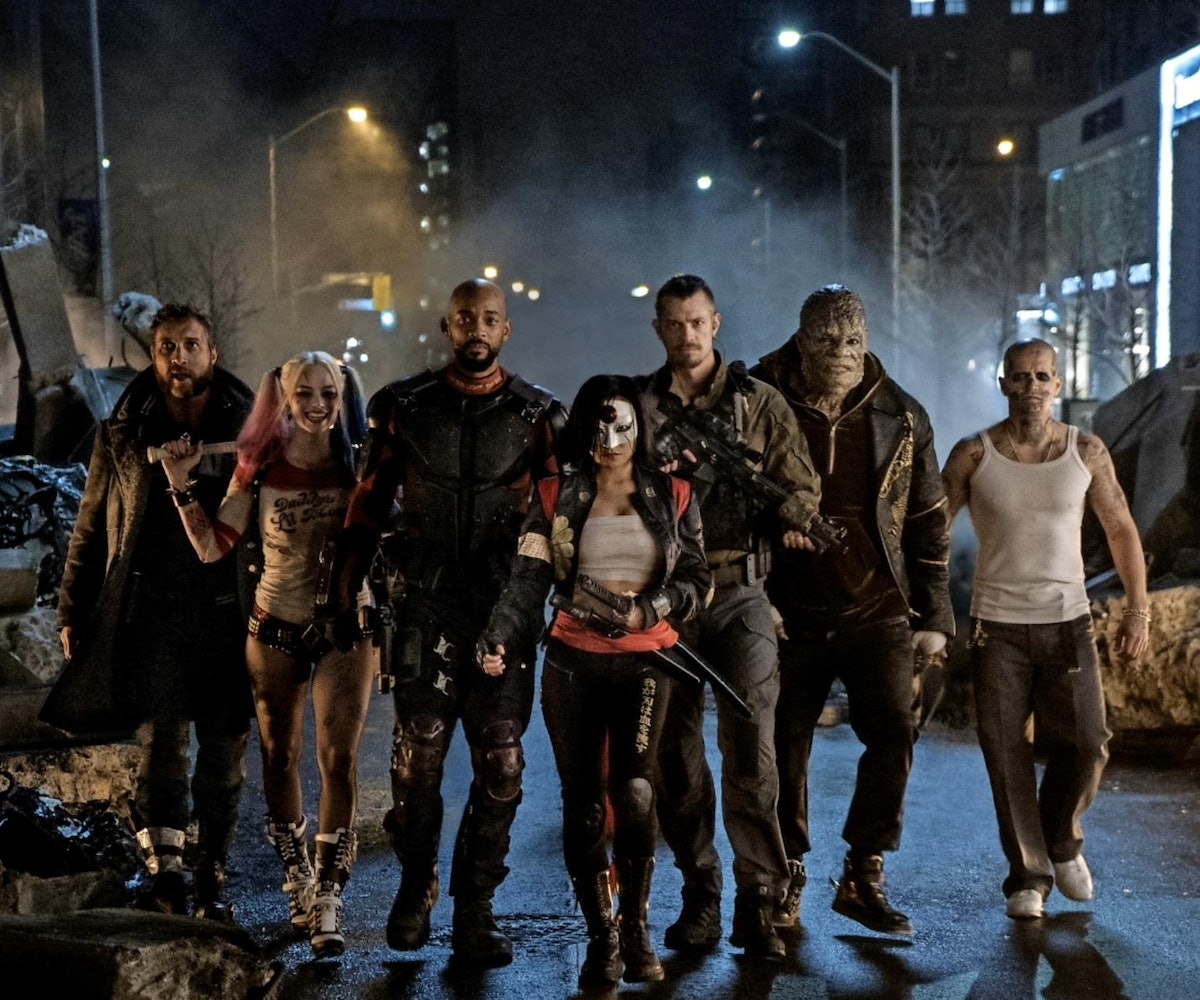 Today has to be an awkward day at Warner Bros. A bubble of hype surrounding the release of Suicide Squad was brutally punctured yesterday after a deluge of unforgiving reviews hit the internet. The anti-superhero movie currently holds a 33 percent rating on Rotten Tomatoes, a devastatingly low number that will likely cost the studio millions of dollars in ticket sales. Just how bad is it? Allow the San Francisco Chronicle to clarify: "If you know someone you really can't stand—not someone you dislike, not someone who rubs you the wrong way, but someone you really loathe and detest—send that person a ticket for Suicide Squad." Ouch.

Still, the negative reviews don't mean that the film has nothing to offer. Some critics liked the movie, and Margot Robbie's performance as Harley Quinn has been widely praised, fulfilling the promise she showed in the trailers. But they were bad enough that the movie's director David Ayer—who's been the target of much of the criticism for his incoherent storytelling—took to Twitter to defend the film, dropping an Emiliano Zapata that translates to "I'd prefer to die standing than to live always on my knees."

Elsewhere on the web, a loony fan started a petition on Change.org to shut down Rotten Tomatoes for its perceived bias against DC movies, which also faced savage reviews of last March's Batman v Superman: Dawn of Justice. The petition is closing in on 4,000 signatures and accuses the site of “unjust bad reviews… that affects people’s opinion even if it’s a really great [movie].” Whether it's a really great movie is ultimately up to the viewer, but in any case, the critics have spoken.