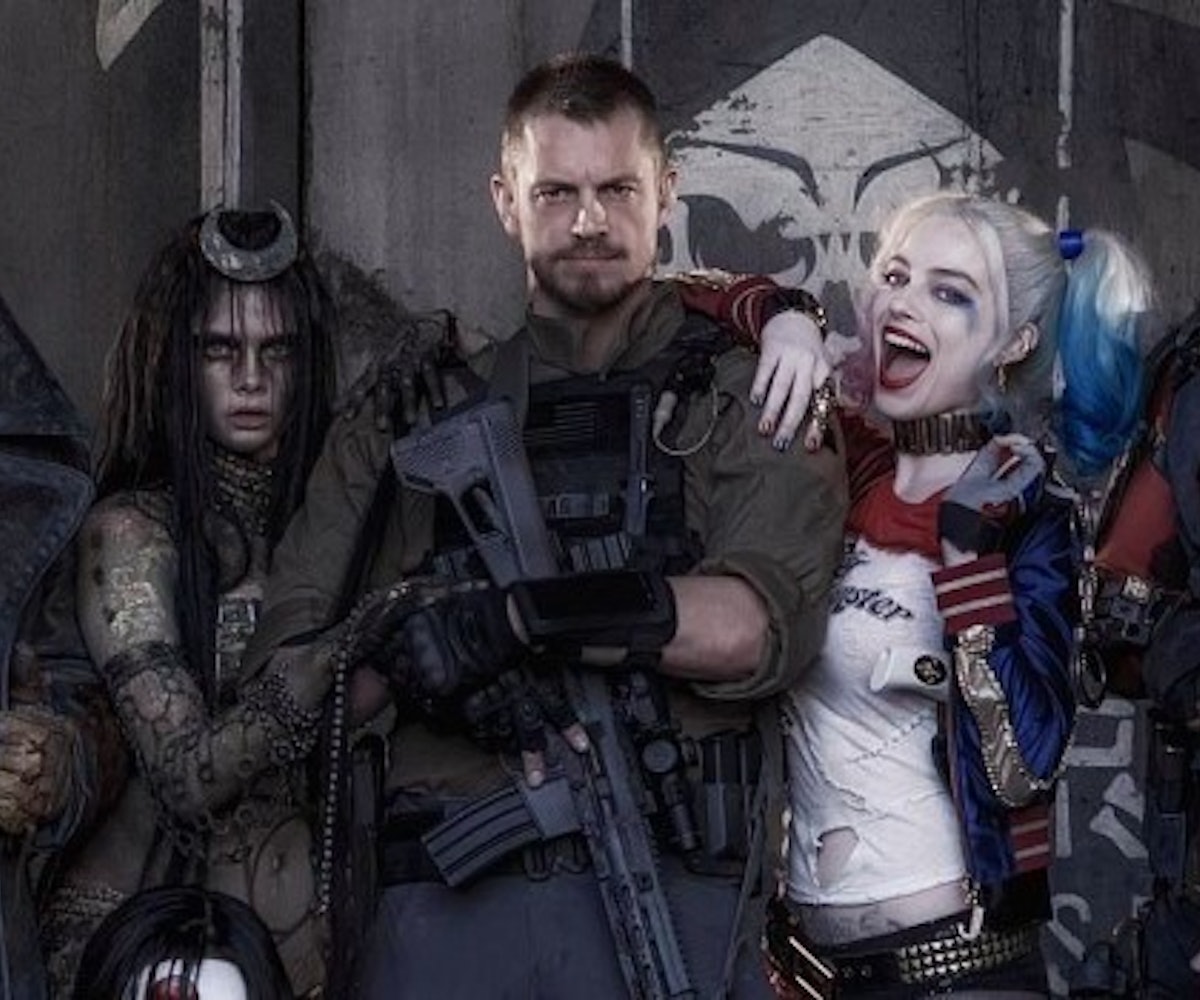 We know you’ve been feeling these early photos of Jared Leto playing the Joker and Cara Delevingne all kitted out as Enchantress from the upcoming Suicide Squad flim. But here’s a new wrinkle to the 2016 superhero version of The Dirty Dozen that’s bound to add a little excitement.

In the very same Empire magazine that provided all those fantastic images, writer/director David Ayer and star Will Smith (Deadshot) suggest that, as much as Suicide Squad will feature explosions and more explosions, it will also sport a little bit of romance centered around Margot Robbie’s character, Harley Quinn (pictured above).

Interestingly, Ayer says, “It's about [Harley Quinn] breaking free of the Joker and becoming this fully actualized, independent person. That really is a metaphor for everyone's journey here.” So, this is a film centered on a woman’s personal journey. Good. But there’s more.

Just for a bit of background, a longstanding part of Quinn's character centers around her abusive relationship with the Joker. As well, Smith and Robbie have already played cat-and-mouse romantic partners in 2015’s Focus.

You’ll get to see how this particular pairing all shakes out when Suicide Squad lands in theaters in August of 2016.