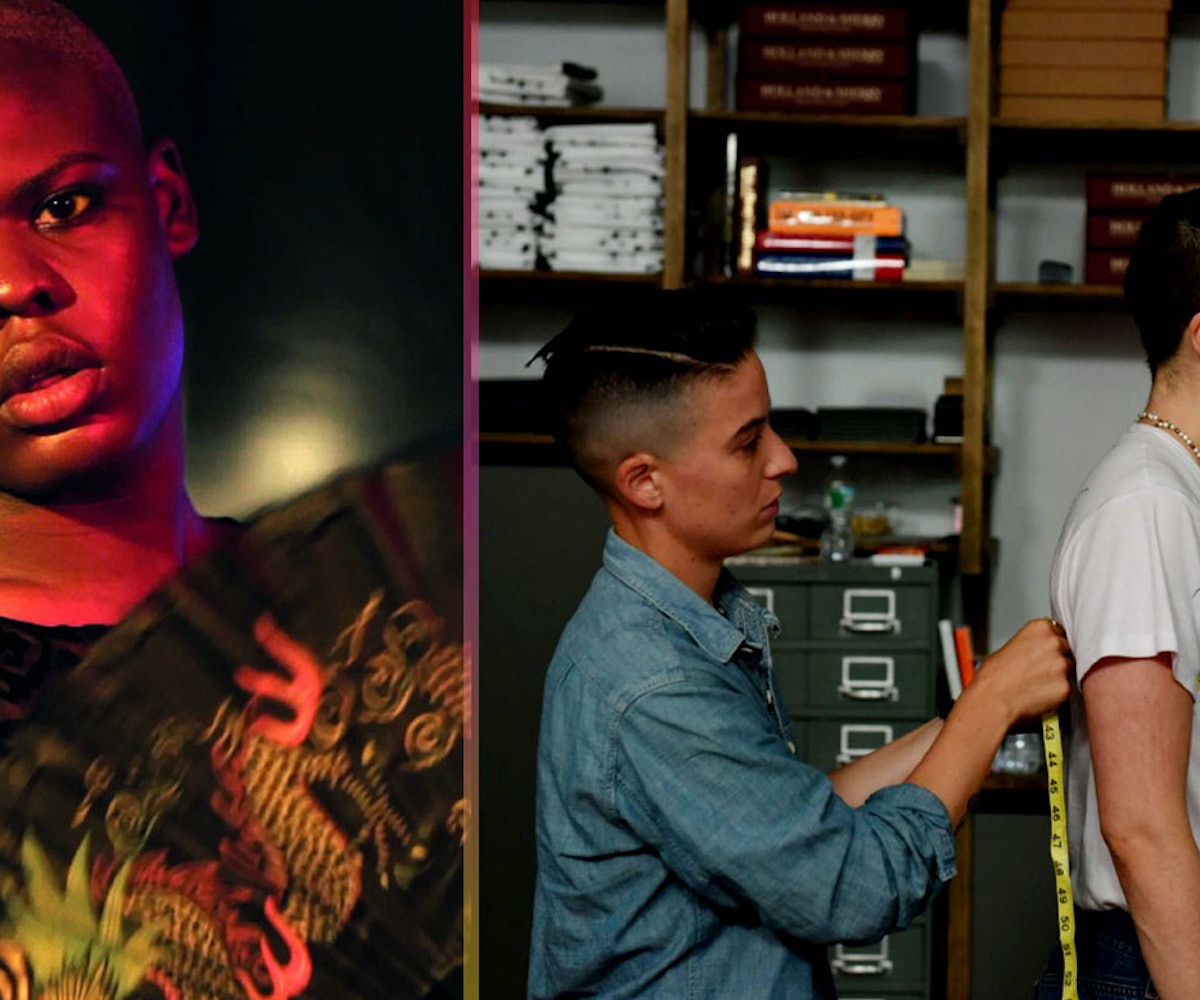 Before this year, the Sundance Film Festival had never really been on my radar. This year, however, I found myself in Park City for the screening of HBO's

, a documentary by Jason Benjamin based on my work with Bindle & Keep. Now, less than 24 hours since departing the festival, I can't stop feeling and thinking about

, the Sara Jordenö-directed documentary film centered on New York's thriving ballroom scene, which I was lucky enough to see during my 48-hour trip.

While these films document two different worlds and give us varied glimpses into the diverse communities within the LGBTQ community, they both share themes of self-advocacy and unconditional love. I was pained and moved to watch the subjects in these films advocate for themselves—something many LGBTQ folks and POC learn to do for survival, often within their families and within society.

, we see Aidan, a trans boy on the verge of his 13th birthday, have the emotional self-possession to state—on camera, in front of his grandma, and a film crew—that a Bat Mitzvah is for becoming a woman, and "I don't want to be a woman." Then, in

we see a young trans woman recall her mom finding her in her room as a teenager using a gaff (an undergarment used to smooth the crotch). At the time, her mom accused her of doing something unnatural. She had the emotional self-possession to reply, "You can't decide what's natural and what's unnatural." Ultimately, she was abused and kicked out for this response. In contrast, we also see unconditional love in Derek's family. Derek's mom tells a story about bumping into someone in their rural Pennsylvania town, who asked how her daughter was, and it sounds as if she had to correct this acquaintance multiple times to say she has a son. She concludes: If people can't accept us, that's their loss.

, Pucci Twiggy Garçon goes to visit his mom in Virginia where he grew up. He describes how his church community responded to his "mannerisms" when he was young and speculated he might be gay—they didn't want him to be there if he was going to be himself. We also see his mother recall this with both love and pain in her eyes. She concludes: Nobody can take your salvation from you.

We also see unequivocal love in the ballroom houses in

. When family structures don't nurture these beautiful young queer people, they make their own families. They become moms and dads and brothers and sisters. Without ever having been loved unconditionally by the families they were born into, they show how deeply and naturally they can practice this love for each other. This is something that will remind many LGBTQ folks and POC of their own chosen families.

While chosen families are often the foundation for many of us, I was startled when I realized that I've never seen any media where families are present, engaged, and integrated into their LGBTQ loved ones' lives this way. Maybe we're finally starting to do family differently. When she mentions acceptance, Derek's mom uses the word "us" instead of "him."

I'm 30 and when I was a kid, I had very little proof that I could grow up to be myself. I didn't see any adults who reminded me of myself, or who demonstrated there was a world for me to live in, which resulted in a lot of anxiety. I hope that these films are a comfort to young people, and I hope they remind audiences that LGBTQ folks and POC have the right to be themselves and the right to be loved.

Seeing these subjects profoundly self-possessed while voguing or wearing their suits reminded me that we're all just trying to feel that self-possession in every realm of our lives.

"How could anyone be ashamed of me?" Gia Marie Love of

, the most compelling and magnetic person I've ever seen on any screen, asks. I'll echo her: How could anyone be ashamed of us?