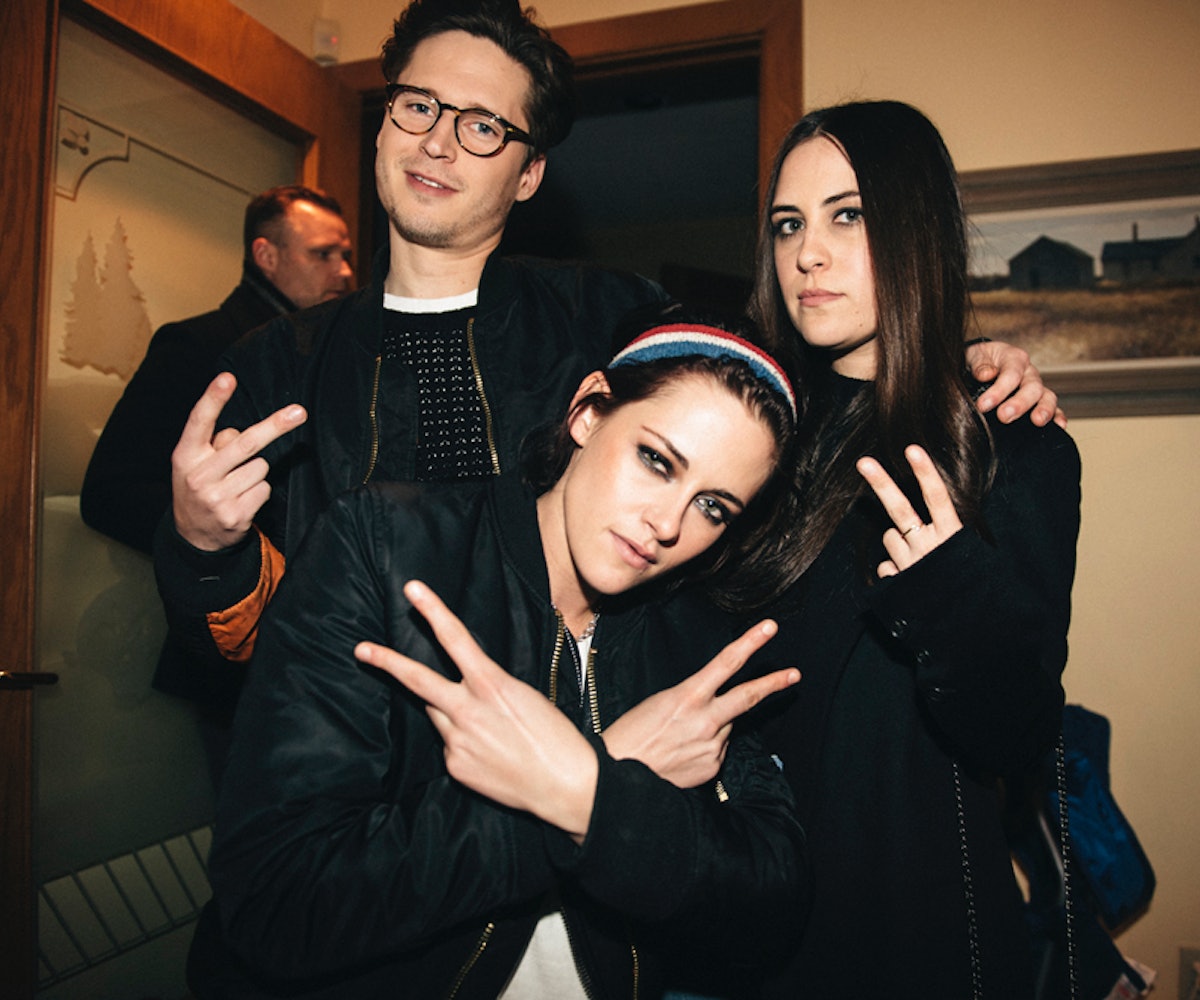 Despite an often crippling snowstorm, the 2017 edition of the Sundance Film Festival was a roaring success. It once again proved why it's so vital, introducing the world to bracing new talent and setting the tone for the year in movies ahead. The whole week felt like a whirlwind (or more like a blizzard), so we had photographer supreme Lindsey Byrnes on hand to capture everything from celebrities, both A-listers to up-and-comers, in their natural habitat to the revelers at NYLON's Aprés Ski party. Click through the following gallery for our visual diary from Park City, Utah.

Kristen Stewart and her pals pose for the camera, plead for world peace.

Jane Levy, who stars in Grand Jury Prize Winner I Don't Feel at Home in This World Anymore, checks herself out.

The scene on Main Street, pre-snowpocalypse.

Actor Margarita Levieva, who stole the show as a gun-toting prostitute in Michelle Morgan's L.A. Times.

This is how you dress for Sundance.

At Sundance, everyone's a producer, but Lara Sfire actually is one.

One of the few times we saw actual food all week.

Remember this face. That's Sundance breakout Timothée Chalamet, whose movie, the gay romance Call Me Be Your Name, was the biggest hit of the festival.

As the first black female pro snowboarder Gabby Maiden, who has a part in Jill Soloway's I Love Dick, feels right at home.

Artist Natalia Fabia will not be seen in public unless her purse matches her hair.

Teri Gamble of Media Circus having the absolute time of her life.

Jemima Kirke in town for her new series Strangers.

Keep an eye on Chanté Adams, who killed it as rapper Roxanne Shanté in Roxanne Roxanne.

Jason Schwartzman looks into the future (as it stands, it is not good).

Michelle Morgan, the writer, director, and star of L.A. Times, shows off her hidden talent, which involves balancing a goblet on her head.