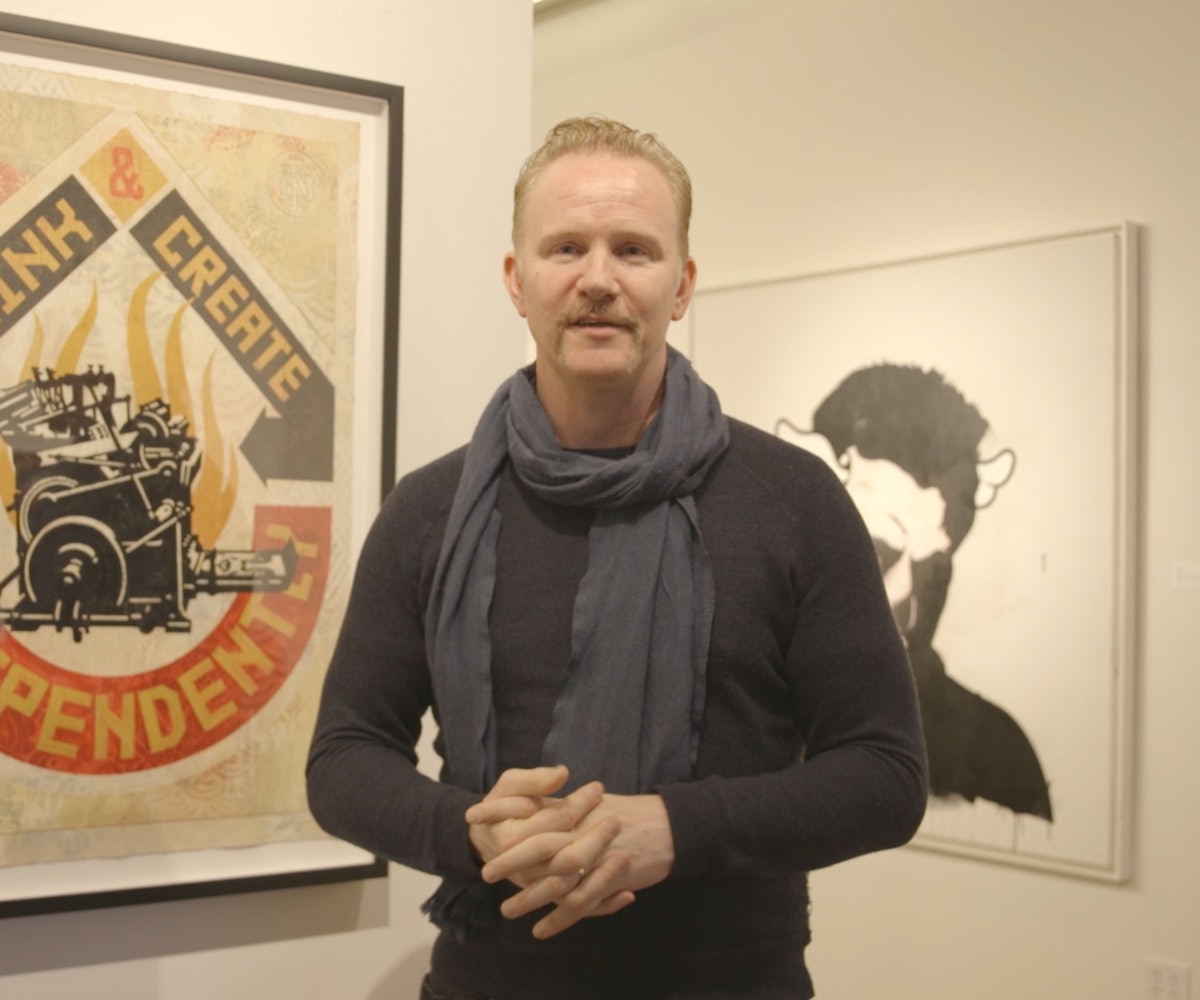 Morgan Spurlock is no stranger to Sundance. The filmmaker burst onto the scene when his landmark documentary, Super Size Me, took home the festival’s Grand Jury Prize back in 2004. Spurlock has returned four times since then, and at the festival’s latest edition, Spurlock showed his love for the legendary film festival by curating an art show that paid tribute to Sundance’s 33 years as the independent movie world’s beating heart. "Thirty-Three: Celebrating 33 Years of the Independent Spirit & Sundance Film Festival," which opened on January 19 at the Kimball Art Center in Park City, Utah, features a group of artists who created works that pay tribute to Sundance’s storied history.

We were there to speak to Spurlock himself about why he put the show together, as well as some of the artists who were behind what ended up being some pretty astounding work. Check it out above.