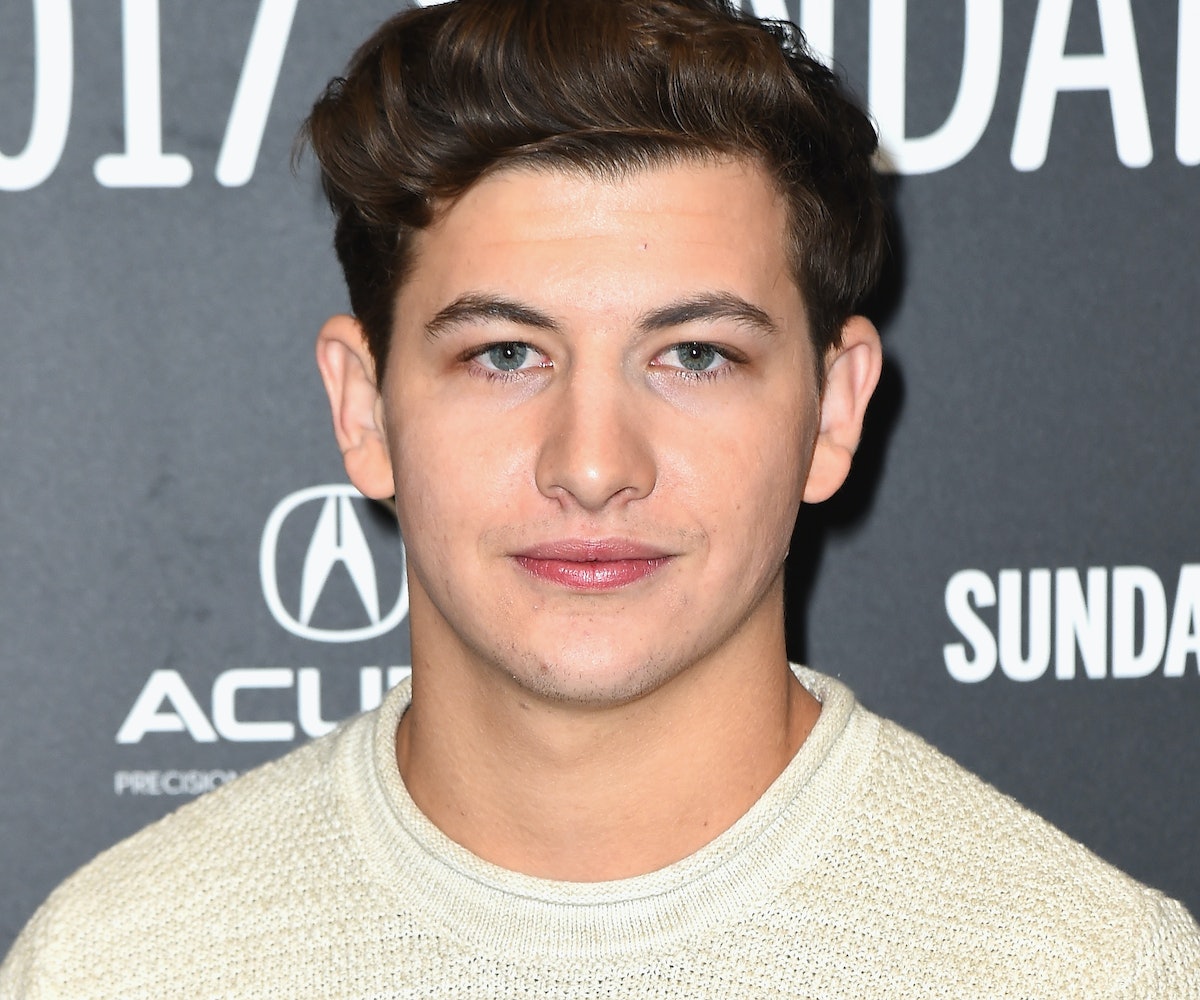 One of the most promising young actors around is Tye Sheridan, a 20-year-old small-town Texan who was discovered by none other than Terrence Malick, making his screen debut opposite Brad Pitt and Jessica Chastain in the reclusive director’s film The Tree of Life. Since then, Sheridan has gathered acclaim for his performances in sharp indies like Mud and The Stanford Prison Experiment, while proving his blockbuster bona fides in as a young Cyclops in last year’s X-Men: Apocalypse.

Sheridan, who recently launched his own production company with his best friend, was at the Sundance Film Festival last January to promote The Yellow Birds, an Iraq War drama in which he plays one of two young soldiers (the other is played by Alden Ehrenreich) who return profoundly changed from their experiences on the battlefield. It’s Sheridan’s last film before audiences around the globe will see him in Steven Spielberg’s highly anticipated virtual reality odyssey Ready Player One. The legendary director cast Sheridan as the lead in his movie about a young man who must enter a virtual world called Oasis after its creator dies, and find an Easter egg which will win him a fortune. We spoke to Sheridan about that project, getting into the mentality of a soldier, and being on a first-name basis with Steven Spielberg.

What is it like to get into the mindset of being a soldier, because that's something most people can't imagine.

"You can't possibly comprehend it unless you're in there. You just have to walk into it knowing that you're not going to get it exactly right, because no one ever gets it right. We had a two-week-long boot camp. It was less physically challenging and more understanding the mentality of a soldier and someone who's completely isolated. My character symbolizes the innocence and naiveté that these kids embody going off to fight and [how] sometimes they're completely unaware of what they're getting themselves into."

Has this experience changed the way you view war?

"It changed how I view the mentality of a solider, sacrificing yourself, and [how] sometimes it's an aimless decision. And I'm happy the film stays true to that, because that is honest. When I first read the script I was compelled by it but I was terrified. I was so scared of this story because of how it made me feel. It's disturbing and haunting."

I know you're interested in filmmaking as an art form. Is it thrilling to work with different directors and see how their styles differ?

"That's why I love my job. In this case, Alex Desplat, the director, is really a poet, he's a true artist. He knows how to express a certain tone, a visceral feeling."

Were you nervous about tackling the Iraq War specifically?

"No, because the war is portrayed as this unfamiliar thing. I don't even think it's mentioned in the film that it takes place in Iraq. It doesn't specify what year; it really could be anywhere."

You're about to star in Steven Spielberg's Ready Player One. Are you thinking about how that's going to affect your life and career in terms of exposure?

"Maybe, but then again, I said yes because I want to do the film. That is part of the job, and sometimes it does happen. I'm not sure what it will do, because 60 percent of the film I'm an avatar, it doesn't even look like me."

So you're on a first name basis with Steven Spielberg?

"[Laughs] I get that, but when you spend five months with someone, five days a week, 12 hours a day, you're talking and bullshitting and trying to make this film... The first two weeks it's like 'holy shit, it's Steven Spielberg.' By the fourth week it's like, 'oh, Steven Spielberg is taking a bathroom break.' It's like anything. You can't let that get in the way of your work relationship. I've worked with so many people I'm a fan of, but I never let that affect me."

"It takes place in the near future, where the real world is not as glamorous as this virtual world where people tend to spend all their time in. 60 percent of the movie takes place there. People work inside this virtual video game called the Oasis. It speaks to the world we live in today, and how comfortable we are with technology. And also with the moment VR is having. Think about how many VR commercials you see on television now."

Do you like talking to journalists about the movies you make?

"When someone is genuinely interested I do, but when someone's just made a list of questions or they don't care about the film, they're just ticking boxes, that's not fun."