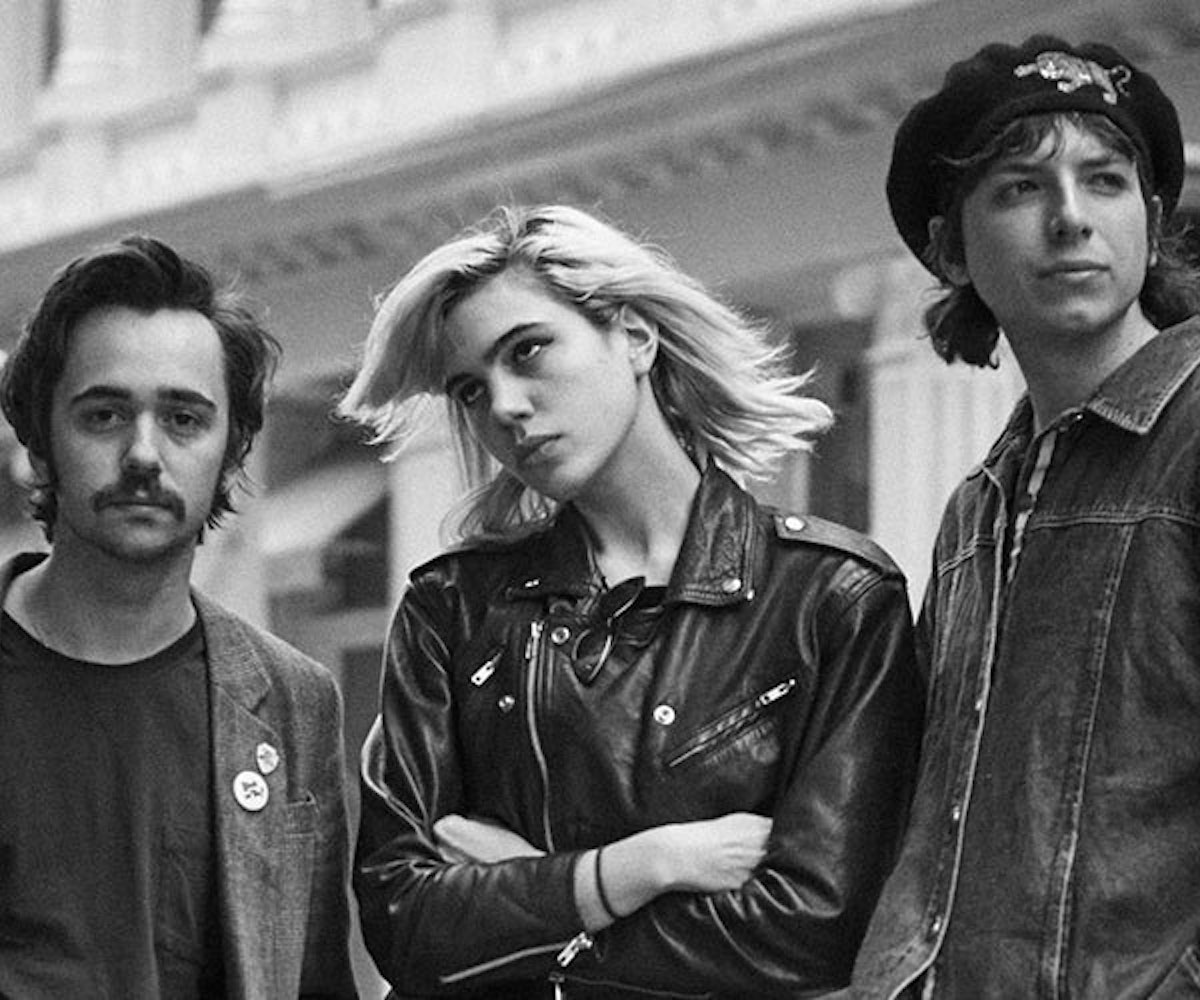 With their new album, Twentytwo in Blue, Sunflower Bean have gotten to a place that feels right. The New York trio's sophomore album combines all the magic of its debut, Human Ceremony, with a refreshing sense of earnestness that seems to be lost on (or avoided by) most people that age. (They're all 22, in case you couldn't guess from the album's name.)

"When our first record came out in 2016, we were sort of hiding behind a little wink and tongue-in-cheekiness that I feel like is very indicative of our entire generation," Nick Kivlen, Sunflower Bean's guitarist, says. "We're all very ironic and post-modern and sort of calloused and jaded. For this record, we really wanted to strip that away, because, I think, that sense of irony stems a little bit from a place of fear of actually putting ourselves right here on the table."

Through 11 tightly packaged songs, Sunflower Bean paint a picture of what it means to be a twenty-something in this "Crisis Fest" of a world. "Sinking Sands" explores conspiracy theories; "Puppet Strings" jams to its own ennui; "Twentytwo," the album's tender title track, cruises between youthful abandon and the very adult realization that that abandon is reckless. "Making this record and allowing ourselves to feel everything was kind of like our way of staying on top of current events; we're doing what everybody else is: responding to the climate around us," Cumming says. "What's happening politically is all-encompassing in our culture at the moment," Kivlen adds. "How could it not find its way into our music?"