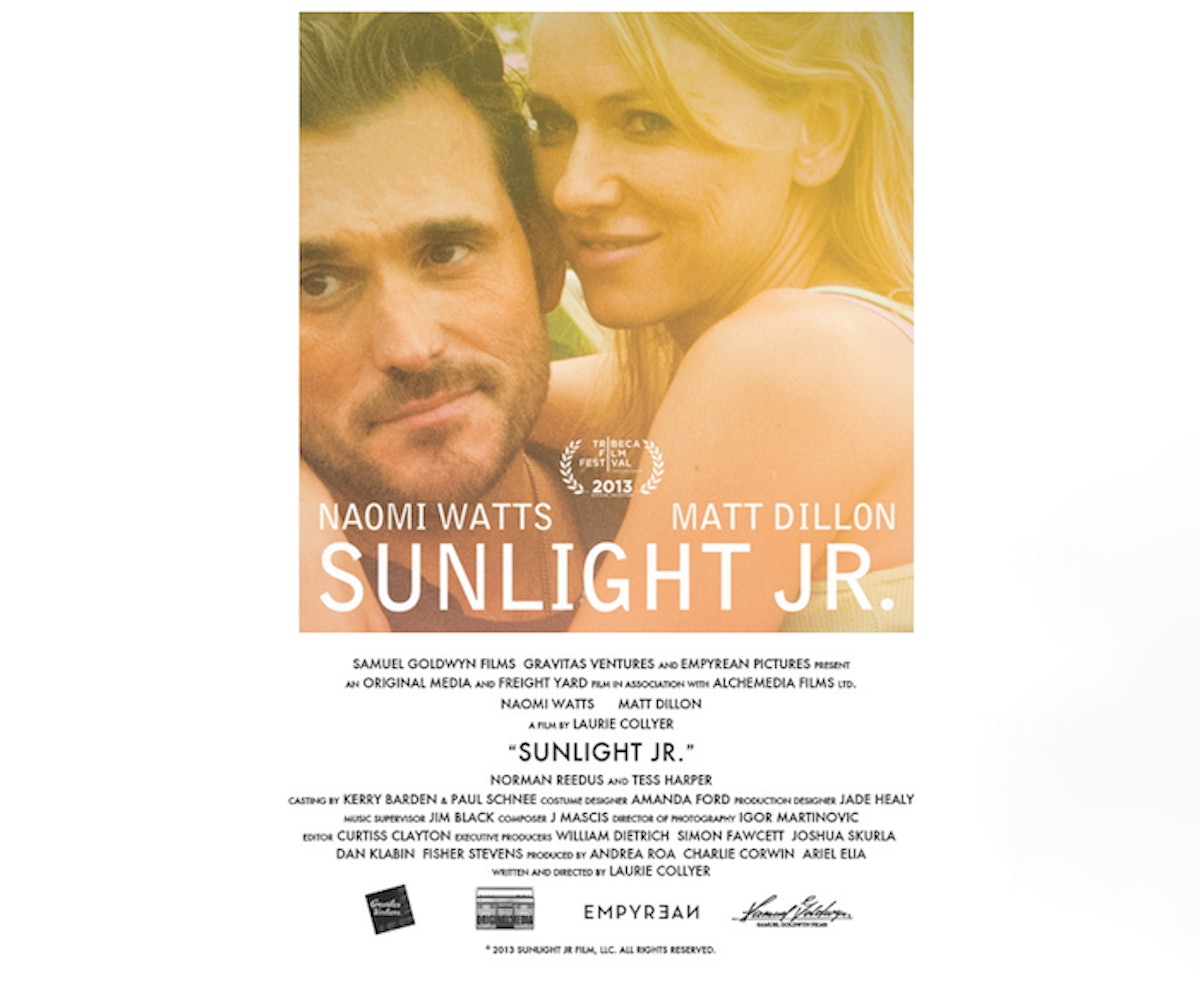 If you’re in the mood to be transported into an honest, emotional, dark slice of American life this weekend,

is your ticket. After premiering at Tribeca Film Fest, it opens in New York and Los Angeles today. The films writer and director

was also the force behind Golden Globe-nominated

. She doesn’t have a problem exploring difficult, sometimes painful and real themes. Her latest film's plot revolves around a convenience store clerk Melissa (Naomi Watts) who makes minimum wage and lives in a hotel with her boyfriend. The boyfriend Richie (Matt Dillon) is a hard-drinking paraplegic with a heart of gold. Constantly lurking about is Melissa’s creepy, abusive, drug dealer ex-boyfriend Justin (Norman Reedus). Between trying to make ends meet and eventually a poorly-timed pregnancy, it's a story of the struggles and limits of living an impoverished life. Laurie explains, “In its essence,

is a love story. Love is hope and love is miracle. That is the story I wanted to tell.”

caught up with Collyer to find out more about the movie[,] which opens today. Check

for times and theaters or watch it on On Demand now!

How are you feeling with the film about to open, and reach a much wider audience?

I’m feeling proud! It’s great because I think people are getting it. It’s been available on iTunes and On Demand, so I’ve gotten some feedback. I’m also on twitter now which has been great. The reaction in the film world is very different from the real world. There is an audience for this movie out there.

There are some stellar performances in the movie. Can you briefly tell me how it was working with, Naomi Watts, Matt Dillon and Norman Reedus?

Well Matt’s character is confined to a wheelchair. He prepped for the role for at least 3 weeks before production began. He worked with a wheelchair consultant. He wanted every move and detail to be authentic. He practiced constantly.Naomi just melted into her character. Her Naomi-ness disappeared. She became Melissa. It was a first for her playing a role like this. She is such a professional and massively talented.Norman also blended into his role of Justin right away. He was really fun to direct. Norman is playful and vivacious!They all work differently, but they all worked hard. You just learn how to communicate. It was truly a dream cast. Super talented and charismatic.

What elements are crucial to the viewer becoming fully absorbed in the characters and their world?

There are a few reasons for that. First of all it is an emotional movie. To be absorbed by it, you have to be open to letting the emotions grab you. You have to feel it and relate to it. Another reason is the physical world that was created by our production designer Jade Healy. She created a superb space, an intimate landscape for the characters to exist. And enhancing all of this was the evocative lighting and amazing camera work by cinematographer Igor Martinovic.

The music was composed by the talented musician, J Mascis. How did your collaboration come about?

I love J’s music! We were working on licensing some songs including a song from my husbands band, The Snakes. My husband knew J, so we sent him script hoping to have him compose…he agreed. It was the first time he had composed a full musical score for a film. He was quite and intuitive. When I get nervous I talk a lot, we balanced each other out nicely. I wanted to tell an American story. What I loved most about the music is that it sounded so American! The opening que is quite anthemic and it sets the tone for the film, you feel the story is about something bigger than just these two characters.

Can you share any info on what you’re working on now?

I’m in LA right now pitching an idea for a 60 minute TV drama. Its based on a book called, “Brothel: Mustang Ranch and its Women.” By Alexa Alberta. There hasn’t been anything done like it before.